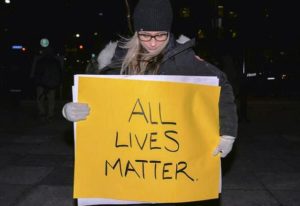 One danger in our society is many people have gotten used to the back and forth debate over the most sacred of rights on earth – life. Though the pro-life movement has had some recent success, there is so much political give and take depending on who gets elected and who follows through on campaign promises, too many people tune out.

It’s tragic however, when Christians, religious folks, and true conservatives look the other way as well. Make no mistake: this is a battle of worldviews. Who should be born, how long should people live, and who determines the quality, productivity, and value of human life?

“Children are so precious. They are a treasure to be cherished. And yet, we live in a culture where children are a problem to be avoided.”

Most of us have heard the argument by some pro-abortion activists insisting pregnancy is comparable to a disease that must be cured and thus, a baby is something to be removed. The logical progression of this extreme thought process and its lack of value for human life doesn’t stop at the dismembering of baby body parts. Support for assisted suicide has also increased – even among church-goers in America.

First, in a story ignored by the media and that few paid attention to because it came out just before Christmas, the U.S. Senate Judiciary Committee published a 500-page report on Planned Parenthood. The report gives a small glimpse into a very dark, strange and chilling world of selling baby parts, a world where nothing goes to waste in this huge, profitable business.

And it is a sick, twisted industry. The law is very clear: it is illegal to make any profit from the body parts of fetuses or any body parts of any human. But the documents subpoenaed from Planned Parenthood and related companies show how the law was completely and willfully ignored.

Journalist and filmmaker, Phelim McAleer produced the Gosnell movie and co-authored a book about America’s most prolific serial killer, abortionist Kermit Gosnell. McAleer describes how the Committee documented how one $15 an hour “technician” spent his time on a summer day in 2014:

The ABR “technician” obtained a 20 week-old fetus at a [Planned Parenthood] clinic. From that one fetus, ABR sold its brain to one customer for $325; both of its eyes for $325 each ($650 total) to a second customer, a portion of its liver for $325 to a third customer; its thymus and for $325 and another portion of liver to a fourth customer; and its lung for $325 to a fifth customer. These fees are merely the service fees for the specimens themselves; ABR separately charged each customer for shipping, disease, screening, cleaning and freezing, as applicable. So from that single fetus for which ABR paid a mere $60, ABR charged its customers a total of $2,275 for tissue specimens…

These technicians were able to do four fetuses in a morning – harvesting body parts that the company sold for $6,825, not including a hefty cost per part for “shipping, disease testing, cleaning and freezing… which were subject to separate fees.”

How long has it been since America lost its collective conscience and heart for truth? Just like Kermit Gosnell who was allowed to kill for years, most of us have turned a blind eye to the baby-part selling even though hundreds, perhaps thousands of professionals were part of it.

Incidentally, it costs $120 to send an aborted baby’s brain through FedEx Priority Overnight. The report does not detail where the parts were shipped but presumably they went to universities across the nation who kept signing the invoices and paying them.

Representative Diane Black said the report should “incense all people of conscience.”

“Over the last year, the Select Panel’s relentless fact-finding investigation has laid bare the grisly reality of an abortion industry that is driven by profit, unconcerned by matters of basic ethics and, too often, non-compliant with the few laws we have to protect the safety of women and their unborn children,”

Without getting into extensive details of the House investigation, the panel concluded and recommended Planned Parenthood must be defunded. After receiving more than $4 billion from American taxpayers over the last decade, Congress should make Planned Parenthood ineligible to receive federal tax dollars and instead, redirect those funds to the thousands of low-cost health clinics that do not sell abortions.

The panel also recommended that Congress take action to protect women and infants from unscrupulous tissue procurement practices, and from the repeated failure to report the sexual abuse of young girls.

But this next story is encouraging: some good news broke last week as the Alabama Supreme Court ruled unanimously in defense of a woman’s unborn baby in a wrongful death lawsuit.

The Alabama Supreme Court declared that Stinnett v. Kennedy may proceed, stating that unborn children are human beings and are entitled to legal protection. The court largely based its decision on an amendment in Alabama’s Homicide Act, which “changed the definition of a ‘person’ who could be a victim of homicide to include ‘an unborn child in utero at any stage of development, regardless of viability.” Alabama Supreme Court Justice Thomas Parker also wrote a concurring opinion, noting that the “viability” standard in Roe v. Wade is faulty.

Justice Parker wrote, “Unborn children, whether they have reached the ability to survive outside their mother’s womb or not, are human beings and thus persons entitled to the protections of the law—both civil and criminal.

Next, two more unreported stories came out last month on the subject of euthanasia. One activist in Australia claims assisted suicide is not just for the terminally ill and the option should be available to everyone. Philip Nitschke once wanted to make suicide pills available in supermarkets, even to “troubled teens.”

It may seem like an extreme position to believe that individuals have the right to dispose of their lives for any reason, but this has more support than most of us realize. Nitschke just launched “Exit Action,” an advocacy group calling for death on demand or “unrestricted access to a peaceful death.” He states:

“Exit Action believes that a peaceful death, and access to the best euthanasia drugs, is a right of all competent adults, regardless of sickness or permission from the medical profession.”

His only sin, in the eyes of euthanasia movement leaders, is excess candor.

Why discuss this issue in the same context as abortion and profiteering from baby body parts? For many decades, we have allowed the culture of death to spread across America right under our noses and with the approval of many Christians.

A majority of Americans – including 4 in 10 professing evangelicals – want doctors to help terminally ill patients end their lives and believe it is morally acceptable. A recent article reveals opposition to assisted suicide is dying and the heart of the problem is our apathy and indifference as a civilized society. It proves we may not have the will to take a stand for righteousness and truth.

Even the American Medical Association (AMA) has described physician-assisted suicide as a serious risk to society and “fundamentally incompatible with a physician’s role as healer,” but apparently millions of Americans disagree.

Man thinks he knows best about life and death and should be able to play God; what could go wrong?

People are fascinated with the idea they can have more say over how they die and according to the survey, two-thirds say it is morally acceptable for terminally ill patients to ask their doctors for help in ending their lives.

Researchers also found widespread support for removing restrictions on physician-assisted suicide, which first became legal in the U.S. in 1997 under Oregon’s “Death with Dignity” law. Since then, about a thousand patients in Oregon have ended their lives using medications prescribed by a doctor under the law.

Six states now allow physician-assisted suicide including Colorado, Washington, California, Montana, and Vermont. Not surprising, 77 percent of 18 to 20 year-olds are in favor.

A 2015 Gallup survey found 68 percent of Americans said physician-assisted suicide should be legal, up from 53 percent in 2013. The debate will continue to be controversial.

Requesting doctors to betray one of their most sacred oaths to do no harm, and turn from their task of healing is not a decision to take lightly.

Traditional Christian teaching says God the Creator holds the keys to life and death, Jesus is the Way, and He is the only true, living God. Revelation 21:4-6 states:

He will wipe away every tear from their eyes; and there will no longer be any death; there will no longer be any mourning, or crying, or pain; the first things have passed away. And He who sits on the throne said, “Behold, I am making all things new.” And He said, “Write, for these words are faithful and true.” Then He said to me, “It is done. I am the Alpha and the Omega, the beginning and the end…

The worldly, pro-abortion media have proven their bias on the issue of life because many stories involving Planned Parenthood reflect negatively on the Democratic Party and big abortion business. Most in the media refuse to mention details unless it serves to promote disdain for Donald Trump, Republicans, or conservatives who are pro-life.

So it is up to you and me. We must proclaim truth, educate, raise awareness and encourage our pastors to talk about life in the womb – especially from the pulpit. (Gasp!) It’s important to the Lord of life and should be important to us. The question is do we have the will and compassion to fight the battles and defend the most vulnerable or are we too busy?

Will our excuses hold any weight when we ultimately stand before God one day? From the unborn, the disabled, and the elderly to the jobless, homeless, or hopeless, every human being is created in the image of God and worthy of dignity and respect. Will you and I take Jesus at His word and care enough for “the least of these” to take action?

The Senate Report on Planned Parenthood No One is Talking About

Opposition to Assisted Suicide Dies Out in America

The Anguish of Abortion – the Cost of Our Silence

The Perfect Timing of Christ the King
Abortion Hurts Us All, Especially Women – Part 2, The Anguish of Abortion