Once a society or an individual abandons truth, anything goes, and generally this doesn’t end well. Does God make mistakes? Are some people born the wrong sex or in the wrong body? What does the Bible teach about creation and does it really matter?

Truth is under attack. People seem less informed, less secure, and more confused about truth than ever before. Why? They have rejected the one living God and Creator. But many of us believe Genesis is actual history; what then?

God created man in His own image, in the image of God He created him; male and female He created them. 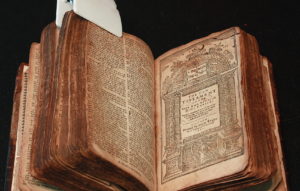 For whatever was written in earlier times was written for our instruction, so that through perseverance and the encouragement of the Scriptures we might have hope.

Did you know this one was also in the Bible?

“A woman shall not wear man’s clothing, nor shall a man put on a woman’s clothing; for whoever does these things is detestable to the LORD your God.” (Deuteronomy 22:5)

But we’re being told some people are born in the wrong bodies – or something like that. We know the Bible is historically reliable and accurate, but is it really true?

Jesus prayed for His followers:

The sum of Your word is truth,
And every one of Your righteous ordinances is everlasting.

Again, Jesus, if you believe Him, said:

“I am the Alpha and the Omega,” says the Lord God, “who is and who was and who is to come, the Almighty.” Revelation 1:8

This covers present, past, and future. It’s interesting that according to Webster’s 1828 dictionary, the historical meaning of truth is:

“Conformity to fact or reality; exact accordance with that which is, or has been, or shall be. …We rely on the truth of the scriptural prophecies; Veracity; purity from falsehood” (emphasis added).

Truth is the self-expression of God. Either His Word is right, or the world is right. Which is it?

Enemies of God have caused people to doubt the truth about creation, our origins and gender, life’s meaning, marriage, sin, eternity, judgment, and the deity of Jesus Christ. Remember, Satan is the father of lies!

New research shows that even 40% of Christians are confused about truth and moral absolutes. It’s not surprising then, that Oxford Dictionary’s word of the year for 2016 was “post-truth.”

Many in this generation have grown up putting stock in feelings over fact; emotion, experience, and style over substance. This has led to the acceptance of moral relativism, a philosophy that asserts there is no established, absolute moral law that applies to all people, for all time, and in all places.

Remember, it doesn’t matter what happens to be popular today; it matters whether Truth exists and, if that truth changes. Jesus said He is the truth, and He is the same yesterday, today and forever (Hebrews 13:8).

One of the buzzwords today is “identity.” As Christians, do we identify with Christ or with pop culture?

Let’s talk about children and education for a moment. What are most children taught regarding their true identity? What are progressives so afraid of? 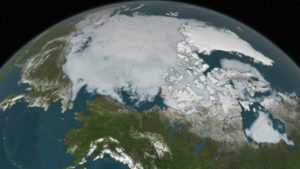 Think about the theory of evolution and the belief systems of atheism, naturalism, and humanism, which are all generally endorsed in public schools. Creation and intelligent design are rarely offered as a viable alternative. Rarely.

Why not present the views including God as well as the views denying God and let students decide? It is intolerant and irresponsible of educators to refuse to teach a worldview believed by millions, and which many of us believe is true.

Imagine if children were taught they are made in the image of a loving God who created them unique and special, with purpose for their lives, and every life has value and should be protected?

Instead, they’re being taught evolution; that they are random, cosmic accidents that evolved from nothing or molecules or from animals; that there is no future hope beyond this short life.

This is why kids fall for one of the biggest lies and delusions today that says gender is not binary; it is “fluid,” and people are not necessarily born male or female. You can be whatever you choose to be. This aside from biology, science, DNA, chromosomes and common sense. 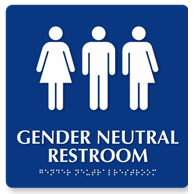 WHY do you think there is confusion today about what bathroom people are supposed to use in public? Why wasn’t this an issue 100 years ago? 1,000 years ago?

Has God changed or has America changed? Why have Christians generally been silent on the issues of abortion, creation, marriage, sex, and gender? If you don’t teach your children about Jesus, the schools and the world will gladly teach them everything else.

Here’s a letter I received from a concerned mother:

I’ve been struggling. After the very first day of school, my daughter comes home from her first-grade class and says, ‘There is a girl in my class who is going to be a boy! She is going to take medicine and have [surgery]!’ The kids are forced to call the girl by her ‘boy’ name and she uses the teacher’s bathroom.

Check out her well thought-out response:

“Shocked, I needed to take a breath. I told her, ‘No matter how much medicine that little girl takes or if she has surgery, she will still be a girl. God does not make mistakes and we are exactly who we are supposed to be.’ I’m upset that my child has to be subjected to this. We are moving both our girls to private school next year; I never thought this could have happened in a small Wisconsin town. What six-year-old wants to be the opposite sex?”

Good question. It is dangerous for parents and teachers to let young children make such culture-conforming, body-altering, life-changing decisions. The suicide rate for transgender individuals is over 40 percent!

This is both sad and tragic, and wrong of those who defend this movement in spite of the destruction of lives.

“One of the peculiar sins of the twentieth century which we’ve developed to a very high level is the sin of credulity. It has been said that when human beings stop believing in God they believe in nothing. The truth is much worse: they believe in anything.”

We can be seduced by the world or sanctified (set-apart) by the truth of God’s Word. So let’s not conform to this world, let’s be transformed by the renewing of our minds (Romans 12:2a).

Truth has never been so assaulted, denied, hated, and redefined to the point it is today. But truth doesn’t care about trends, and Christians are called to love others and be compassionate as we discuss these issues and share the gospel that can set people free.

Leave it to Behar: A Liberal ‘View’ of Christianity
God, Guns, and Government Schools