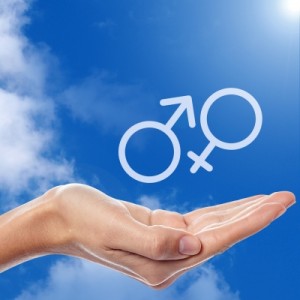 Promoting transgenderism is now classified as child abuse because gender ideology harms children. Sadly, this will not matter to those who selfishly only care about their own depraved interests.

According to the American College of Pediatricians (ACPeds): “conditioning children into believing a lifetime of chemical and surgical impersonation of the opposite sex is normal, is child abuse.”

The propaganda of ‘anything goes’ sexuality, identity and gender disorders have tragically led some to ‘genital reconstruction,’ which does not change a person’s sex nor does it change who they are. Formerly known as a “sex change operation,” it is a discredited cosmetic procedure at best and physical mutilation at worst. Doctors even refer to the idea of sex change as biologically impossible.

But even the dictionary now has a definition of gender as: “a similar category of human beings that is outside the male/female binary classification and is based on the individual’s personal awareness or identity. See also ‘third gender.’

I wish I were making this up. Matt Barber writes this is simply “an overt act of fist-shaking rebellion against the laws of nature and nature’s God.”

Johns Hopkins Hospital now refuses to perform these controversial procedures. In fact, one psychiatrist there noted transgenderism is a “mental disorder” and people who identify or feel like the opposite sex or ‘somewhere in between’ do not comprise a third sex.

God created man in His own image, in the image of God He created him; male and female He created them. God blessed them; and God said to them, “Be fruitful and multiply… (Genesis 1:27-28)

The ACPeds also made strong recommendations that teachers and politicians reject any propaganda which could cause children to go down this dangerous road, saying:

“Endorsing gender discordance as normal via public education and legal policies will confuse children and parents, leading more children to… be given puberty-blocking drugs; and ‘choose’ a lifetime of carcinogenic and otherwise toxic cross-sex hormones…”

But in different parts of the country, outraged parents are finding out their elementary kids are already being taught what it’s like to identify as transgendered. As a result, kids come home with all kinds of questions about why boys would want to be girls and visa-versa. Naturally, parents were never notified in advance.

With some LGBT activists promising to “recruit” kids, there’s no limit to the damage that can be done to teenagers who are struggling to deal with peer pressure, hormones, and the many emotions that come with growing up. But this state of teenage (and pre-teen) confusion is exactly when they’re most at risk to the agenda of the Left.

Regardless of the facts, I recently read that activists are pushing to make it a crime for someone to help a gender-confused teenager reconcile his biological and sexual identity. Why are sex and sexual expression, experimentation, promiscuity, and identity such ongoing battles in America? It’s always been about programming the kids.

Clearly, we have cast God, the Bible, and its application aside, refusing to take His word for it and today we are seeing many of the consequences. Suicide rates for those who undergo surgical mutilation (41 percent attempt suicide) as a part of the “sex reassignment” process are twenty times higher than the rest of society.

News also came out last week that under Obamacare, insurers may be forced to cover ‘genital reconstruction.’ The Obama HHS is finalizing such a regulation:

Government endorsement of this cultural chaos is both irresponsible and criminal. Nothing changes the fact every human being is born with either “XY” chromosomes or “XX” chromosomes. These genetic markers are permanent, and one forever remains male or female. Human sexuality is binary by God’s design, meaning there are always only two possible outcomes allowing us to reproduce which is necessary for mankind’s survival.

This marketing of evil is a purposeful agenda ending in godlessness and destruction.

The prophet Isaiah warned, “Woe to those who call evil good and good evil (Isaiah 5:20).” This is exactly what we’re witnessing today as many in our culture openly celebrate sin.

Why does the Left fight to force immoral change on people rather than live by the tolerance they preach? They hate God, His authority, and accountability, and Christians happen to be unwelcome reminders that there is a moral Law.

Jesus is the truth and the life – the only way to God the Father and the only solution for our sin. Also, truth is hate to those who hate the truth. So unless you want to live in a country where Christianity is eradicated and there is little hint or evidence remaining of biblical morality and values, we had better come out of the closet and refuse to be silent.

Lives depend on us; preach the gospel, call the church to repentance, and expose the darkness.

Today is the day of salvation; tomorrow may be too late.

The Literal Dumbing Down of Public Education