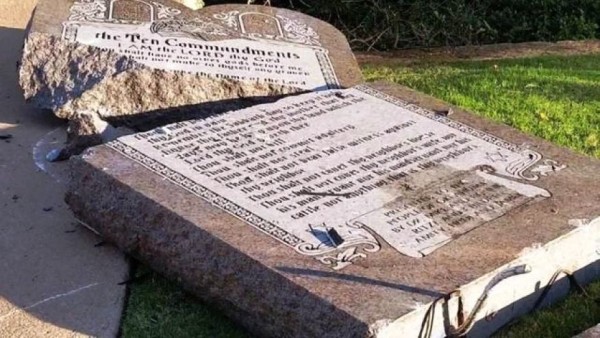 How did one of the greatest Christian societies in the world decline to the point in which Bible-believing Christians may soon be criminalized in our own country? What happened to America’s Judeo-Christian foundation? Consider the concept of “cultural hegemony” and let’s look at some history.

Karl Marx believed faith in God was like a bad drug. He once said, “The first requisite for the happiness of the people is the abolition of religion.” Disciples of Marxism believe in and work toward a state-controlled, godless paradise. Capitalism and western civilization have been in their way. In fact, Marx claimed that mankind’s foundation was the history of the “class struggle.” 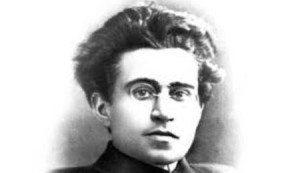 Following in his footsteps in the early 1900s, atheist, philosopher, and founder of the Communist Party of Italy, Antonio Gramsci believed the new battleground must become the culture. America would never be defeated militarily. In order to overthrow the greatest nation on earth, Marxists had to destroy the traditional family, weaken our morality, and infiltrate churches, schools, media, entertainment, literature, and academia. And they did.

Gramsci believed the goals of Karl Marx would never be reached as long as Christianity was strong in America. He was right! Antonio Gramsci was known for promoting the concept of cultural hegemony; grinding down the morality of a culture to destroy its foundation. He was patient; and he thought of this agenda as a long, evolutionary march through the major institutions in America in order to break down the wall of Christianity over a few generations.

Have disciples of Marx and Gramsci been successful?

Gramsci was a key influence of Chicago radical, father of community organizing, Saul Alinsky who as many of us now know heavily influenced Barack Obama. Along with Margaret Sanger, John Dewey, and Alfred Kinsey, they have been some of the most detrimental people to the moral and spiritual foundation of the United States. 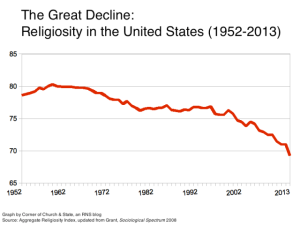 Over the last fifty to seventy-five years, the decline has been swift in America, and the decay of our culture has accelerated while the church became more comfortable and apathetic. Too many professing Christians were conforming to the world as anti-Christian agendas were being implemented; a lethal combination.

A global movement toward ecumenism, (unity among all churches and religions), and a one world government are in the works as the Middle East is on the brink of self destruction if not nuclear war. America keeps printing money as big government refuses to cut spending and reduce the national debt. Racism is being incited by the Left, the economy could soon implode, and with wide open borders, illegal immigration is at epic proportions.

The stage is set for disaster. But what seems to occupy the minds of the media and pop culture? Debates over same sex “marriage,” gender confusion, and bathroom rights. By the way, most of us know the issue is not about “equality” or rights for the LGBT community, but the destruction of marriage itself; along with the family unit and biblical Christianity in America.

Barring a miracle of God and our repentance leading to revival, things could unravel quickly.

Another Marxist, Soviet Union dictator, Joseph Stalin murdered tens of millions of people, following in the footsteps of his predecessor, Vladimir Lenin. Another purveyor of class warfare and “social inequality,” Stalin once engineered a famine in the Ukraine causing the deaths of millions of people. Stalin declared,

America is like a healthy body and its resistance is threefold: its patriotism, its morality and its spiritual life. If we can undermine these three areas, America will collapse from within.

Our own government is fighting people of faith and religious conviction. The Obama administration is forcing Christian businesses and charities to provide abortion-inducing contraceptives through the health care law (ACA).

Moreover, we the people continue allowing the federal funding of murder through Planned Parenthood in spite of damning undercover videos exposing their heartless lawlessness. The pro-abortion media has also chosen sides.

How did the church allow things to get this toxic? Pastor John MacArthur recently summed it up:

One of the sad, subtle consequences of the material wealth and religious freedom enjoyed by Western evangelicals is a widespread indifference to our eternal home. A life of comfort, ease, and acceptance has a way of curbing the appetite for heaven… People who are satisfied by temporal things and consumed with the here and now won’t find the glories of heaven very compelling.

But that may be changing. As the moral decline of our culture has accelerated in recent years, so has forceful, systematic opposition to Christianity. Believers – some for the first time in their lives – are facing open hostility and real possibility of persecution.

By the Supreme Court’s decision on marriage, thumbing their progressive noses at God and outlawing people of faith, our own legal system has rejected us. We will now be marginalized and singled out, simply for living according to our deeply held religious convictions.

God has allowed this cultural chaos. After all, how could He continue to bless a sin stained land and a people whose hearts are no longer committed to Him? Even some in the church have chosen rebellion over obedience to His Word while watered-down teachings permeate many pulpits on Sunday mornings.

This, however, is not time to wave the white flag and surrender, but to stand for truth and live by the morality the Bible teaches. God still loves us and His patience means salvation for those not yet reached with the gospel.

Storms may rage around us, but Jesus Christ is our anchor, the Rock our faith is built upon. Be strong in the Lord, my friend, and keep fighting the good fight of faith. There is still hope, but we must live as if our time is very short – because it is.

One Response to Marx Madness: Calculated Chaos in America