By David Fiorazo on November 3, 2015 in Abortion, David’s Blog 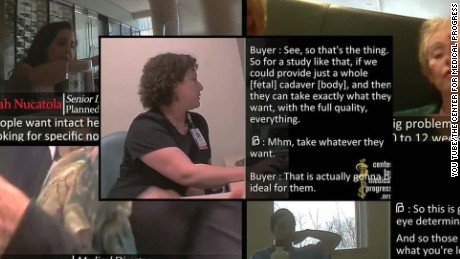 Within the last thirty days, more Planned Parenthood videos have been released exposing their callous attitude toward life; an assistant football coach was banned from praying on the field after games, the gender neutral bathroom debate is heating up, and Bruce Jenner is going to be named woman of the year by Glamour Magazine.

This is the culture our past silence has cultivated in America.

Even more disturbing is the fact we have a biased media taking sides, particularly regarding the issue of abortion. Katie Yoder of the Media Research Center reports it has been three months and counting since ABC, NBC, and CBS have even mentioned any of the disturbing video footage provided by The Center for Medical Progress.

You read that right: more than three months of media silence as more undercover videos have been released exposing Planned Parenthood’s exploitation of aborted fetal tissue. The last mention by a major network was July 31.

Here are a few of the headlines ABC, NBC and CBS has refused to investigate:

Most Americans believe our tax dollars should not help fund abortion. Over 80 percent also believe abortion should have at least some lawful restrictions placed on it, and many say what Planned Parenthood is doing is either evil or wrong. According to past studies however, less than five percent of the media is pro-life. This helps explain their willingness to cover-up abortion business practices. 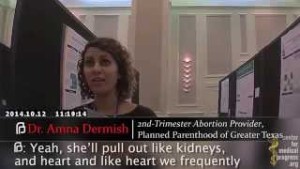 In fact, we’ve seen the media attack those who are attempting to report the truth as well as those working to ban federal funding of the giant abortion provider. Yoder stated:

Many in today’s liberal media forget two important principles of journalism: an obligation to tell the truth and its first loyalty to American citizens. Journalism must also maintain independence from those they cover. It is now quite clear their reporting has been tainted by their support for pro-abortion Democrats and by a worldview that ignores America’s culture of death.

For those who need more proof:

Since the release of the first video on July 14, the broadcast networks have proven hesitant to publicize the story – and when they did, they refused to even utter the word “baby.” Two months after the first video’s release, ABC, NBC and CBS had aired a mere 0.13% of the CMP footage during their news shows – or 1 minute, 13 seconds of more than 16 hours.

The media’s loyalty to big abortion was further revealed when they overwhelmingly reported on Cecil the lion, and on panda cubs at the National Zoo while ignoring the harvesting and selling of human baby body parts. 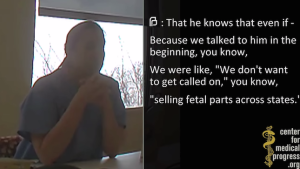 Even in the horrifying case of Philadelphia abortionist and mass murderer, Kermit Gosnell, and his trial in which witnesses described baby abortion survivors “swimming” in toilets “to get out,” it was only after 56 days, multiple letters from members of the House of Representatives and a public outcry, that all three broadcast networks reported the story.

The networks have now skipped over the last SEVEN videos exposing Planned Parenthood; this is by design.

At the risk of stating the obvious, the media has power to influence people, affect public opinion, and sway elections – and they do. But we are talking about the most basic of issues here, the precious right to life – and the value of every human being created in the image of God. We are talking about morality. To cover up sin and to refuse to acknowledge blatant evil is a disservice not only to Christians, but to millions of Americans. 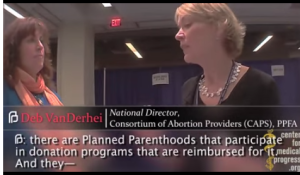