By David Fiorazo on June 5, 2015 in Uncategorized 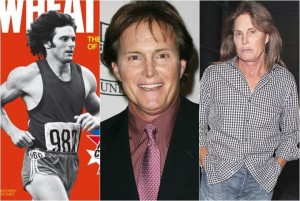 To reach such lows in America today, it was necessary for truth to be minimized and a new foundation to be established: there is no God.

In order to understand how bizarre behavior is accepted and celebrated today, we need only look to the decision makers today in the fields of education, entertainment, media, and government. They are the ones shaping public opinion; Christianity no longer guides our culture. They are the ones – like many of us – who grew up in a country embracing moral relativism and in a government school system immersed in Humanism where man is god and there is no absolute truth.

Now here comes the transgender movement with Bruce Jenner leading the way. The cover of People magazine proclaims Bruce is “Living as a woman every day – and feeling elated.”

The whole thing is sad; he needs help and we should pray for him, not give him applause. By not speaking up, we continue giving our approval to the absurd. To have chosen this path, Jenner must be a tormented soul, and now his is the face of change. I feel sorry for him and angry at his enablers.

Most of us understand no man-made modification can remedy our sin problem and only through the forgiveness of Jesus Christ can any of us be saved. We can change our names, our physical features, add transplants and put on make-up; but we can never truly change what God designed.

Rather than acknowledge God’s authority and pray, “Thy will be done,” the way of man is to say, “my will be done.”

We live in an A-B-C culture: anything but Christ. In the same way the Left has successfully normalized homosexuality for over forty years, they will also attempt to normalize those who want to change their gender. This at a time in which the Supreme Court is deciding whether to redefine natural, God-ordained marriage in favor of counterfeit marriage.

Jenner claims he is still heterosexual in his attractions, but wants to be called “Caitlyn” from now on. Confused? The children of this generation are also confused as they watch the cultural circus known as “anything goes except God.” What if someone identifies as half man and half animal? What then?

We are all sinners in need of redemption, and there are answers for every possible human concern, question, and problem in Scripture.

A woman shall not wear man’s clothing, nor shall a man put on a woman’s clothing; for whoever does these things is an abomination to the LORD your God. (Deuteronomy 22:5)

Bruce Jenner was a gold medal-winning Olympic athlete and sports are a form of entertainment, but make no mistake; the liberal sports media in America does have a political agenda.

Case in point: Jenner was announced this week as the 2015 Arthur Ashe Courage Award winner and will receive the award at the ESPY’s because of his brave journey. (Some call it a transition from man to woman; others call it physical mutilation) The list of award winners includes former pro tennis player and lesbian Billie Jean King, former South African president and communist Nelson Mandela, and 2014 winner and Canadian Football League’s Michael Sam, who came out as being gay shortly before the 2014 NFL Draft.

Saturday, June 6 is the anniversary of D-Day. Brave men stormed the beaches of Normandy only to succeed after thousands died serving their country. That is courage. Disabled Veterans are courageous. We are blessed to have a military fighting for our freedom at home and abroad.

Conforming to this world and going with the flow of pop culture is not courageous; courage is telling the truth in the face of evil and accusations of hate. Courage is living counter-culture for Jesus Christ and sharing the gospel with people because we love them.

True courage is a child fighting a terminal disease; it is being a caregiver for the elderly or handicapped. Courage is choosing to have the baby; it is the single Mom, it is a couple fighting to save their marriage. Courage is protecting and serving citizens as a police officer despite the lies and propaganda of the Left. Courage is Christians refusing to deny their faith in the midst of persecution.

Bruce Jenner is not brave and his actions are only news because he is famous and it fits the liberal agenda. It is a sad display of the effects of a moral decline in which so-called reality TV rules and sets the standard for behavior.

On Monday, The Hill reported the fact that even though there are less than 700,000 transgender adults in the country, OSHA (Occupational Safety and Health Administration) said employees whose gender identity is different from the sex listed on their birth certificate should have access to the restroom that corresponds to their desired identity.

Only God can heal the human heart. If, as some suggest, Bruce Jenner has a mental illness, then we should have compassion toward him remembering every one of us will soon stand before the Maker of all hearts. Let’s see how courageous we are on that day.