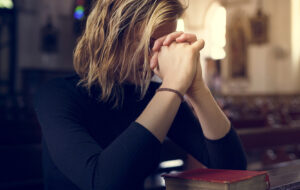 1944. That was the first year Gallup asked Americans the question about faith in God. Those were times when a majority of people trusted the God of the Bible.

From 1953 to 1967 for example, 98 percent of U.S. adults believed in God. Fast forward to 2022 when only 81 percent of Americans say they believe in God according to a new Gallup poll.

The survey released Friday shows the steady decline over the years of American adults who believe in God.

Why are more people losing faith, and is it possible to slow down the decline?

In a country like America, it may surprise us that polls consistently reveal a falling away. Of all nations, one with a blessed Constitution including religious freedoms, you would think people would be thankful to the God who once poured out His grace on this land.

Sadly, we have regressed from a time when nearly all American adults believed in God to today when only 68 percent of young people between 18 and 29 believe.

Let’ break this down on political lines. 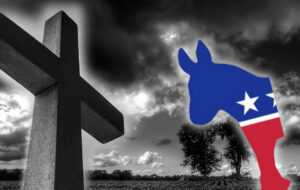 Quite telling. As we know, morality or immorality in policy and legislation generally follow the worldview of the political party.

These results fall in line with recent polling a few years back exposing another decline: church attendance. Gallup found only 47 percent of Americans belong to a church, synagogue, or mosque. This is the lowest ever recorded in the poll since 1937.

George Barna, director of ASU’s Cultural Research Center responded by saying a key observation is that “the millennial generation in particular, seems committed to living without God, without the Bible, and without Christian churches as foundations…”

“Gen X and the millennials have solidified dramatic changes in the nation’s central beliefs and lifestyles; …From a nationwide perspective, the Christian church has done shockingly little to push back. The result is a culture in which core institutions — including churches — and basic ways of life are continually being radically redefined.”

So, Millennials are leading the way. What could go wrong? We’re talking about those who grew up loving Obama’s America, socialism, and all things LGBTQ.

Most of us have seen evidence of the open war on Truth. If you quote certain Bible verses it is now hate speech. God is mocked and Christians are framed as the problem in society.

Young social justice activists have been discipled by the secular government education system, the Democrat media/big-tech conglomerate, Hollywood, and have influenced Christians to conform to the world.

Many former professing Christians had no foundation of biblical faith rooted in Scripture but instead, had fallen prey perhaps to ‘Your Best Life Now’ theological psychobabble and liberal apostate churches.

The anti-Christian ‘Co-exist’ philosophy has also been a popular slogan for decades and has duped people into moral relativistic thinking that would claim, as Oprah did on her TV show in the 90s, “There can’t possibly be just one way to God.” She went on to say, “…there are many paths to what you call ‘God’”

Jesus, the Truth, and exclusivity are no longer options for this generation of godlessness, for a nation that, if they were interested in God and truth, might lean toward religious pluralism instead.

Polling last year by Arizona Christian University showed 35 percent of millennials believe in horoscopes, while only 19 percent believe God guides them. In addition, more millennials believe in astrology than in the One who created and sustains all things. They trust in the stars but ignore the Maker of those stars!

We could exhaust the findings and crunch more numbers but it gets tedious.

One under-addressed cause of the moral decline in the U.S. and exodus from churches is the fact many of today’s leaders do not even have a biblical worldview. Many pastors are not preaching the whole counsel of God. I reported on this shocking research last month revealing a mere 37 percent of today’s pastors hold a true, biblical worldview, and stated:

“The reason the new study from Barna is shocking to some and concerning to most is because it exposes great weakness and wokeness in the church. This is more than a chink in the armor. It starts at the top and deals with leadership, Bible ‘teachers,’ CEO pastors, youth leaders, and potential worldview shapers.

This research is disheartening and yet it helps us understand why the American church has generally caved to culture, lost influence, and declined so rapidly.”

Students of the Bible and culture observers understand this is all quite prophetic, and though it looks bleaker and darker today, God is in control and things are rapidly falling into place. Redeem the time, friends!