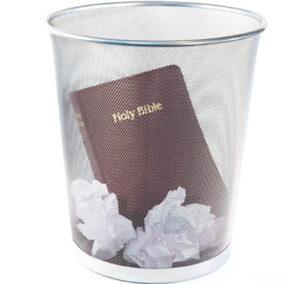 Two major problems should be of great concern to the church in America: the biblical worldview continues to rapidly decline, and a majority of people who claim to be Christian are not even close. God, truth, the Bible, and the Christian faith take yet another hit according to a brand new study from George Barna and the Cultural Research Center. But it’s not quite a knock-out blow – yet.

The good news is parents still play a very significant role in helping shape their children’s worldview. The bad news is only 2% of young parents today actually have a biblical worldview, so what are they passing along to their kids? America, we have a problem.

It’s certainly a dilemma, but the brand new worldview study suggests it is highly unlikely that future children in America have a chance to grow up with any understanding of biblical morality and the Christian faith.

This all may sound like an exaggeration, but the breaking research shows 94 percent of young American parents can’t decide on faith, morality, and spirituality as well as how it applies to their lives. Why? One reason is they hold what is known as “Syncretism,” a blending of multiple worldviews in which no single life philosophy is dominant, producing a worldview that is diverse and often self-contradictory.

A similar and hugely popular worldview today is religious pluralism. This view can be defined as “the belief in two or more religious worldviews as being equally valid or acceptable.” This goes beyond the idea of tolerance, “Coexist,” or non-judgment. Religious pluralism “accepts multiple paths to God or gods as a possibility” and is usually contrasted with “exclusivism,” the idea that there is only one true religion or way to know God.

Since Jesus said He is the way, the truth, and the life, and the Bible teaches that we are saved by faith alone in Christ alone – and not by works – it’s time people actually open up God’s Word, prayerfully examine the evidence, and make a decision. It is impossible for all religions to be true. Therefore, people tend to create their own “truth.”

“One of the peculiar sins of the twentieth century which we’ve developed to a very high level is the sin of credulity. It has been said that when human beings stop believing in God they believe in nothing. The truth is much worse: they believe in anything.”

They believe in anything. And many are making a god in their own image.

What is fascinating is the fact Barna concludes that most parents of pre-teens are either unaware of or unfazed by the inconsistencies in their worldview which makes them ignorant of their own contradictions: calling themselves ‘Christian’ but living in ways that do not line up with the teachings of Jesus.

More than nine out of ten young parents subscribe to a combination of beliefs, kind of like patching together your own quilt. Some of these beliefs might include Secular Humanism, Moralistic Therapeutic Deism, Nihilism, Marxism and Critical Theory, Postmodernism, Eastern Mysticism and New Age. 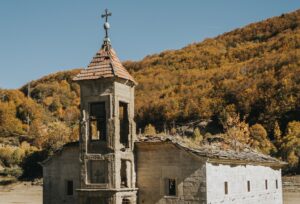 The Cultural Research Center did a study last summer with similar results. Here are just two key points where the rapid decline can be easily seen:

Tragically – noting the findings in the latest study – since a person’s worldview is fully developed and operational before their teen years, it is unrealistic to think we can change their minds later. Herein lies a glaring issue. So, if you’re one of the remnant of true believers hoping for a resurgence of godliness in our culture and an increase in the number of Americans whose worldview is biblical, it’s time to face reality and discuss a new game plan.

What we’ve been doing in America is not working.

What is also interesting about this new study is the fact that despite a majority (67%) of parents of pre-teens claim to be Christian, research consistently reveals most of those who think they are Christians actually are not. So now in 2022, only 2% of them actually possess a biblical worldview. Talk about a massive disconnect.

If that many people today are lost or confused about the only living God, what it means to be a Christian, and what the Bible actually teaches, it may be an understatement to say most American children are starting life at a huge spiritual disadvantage.

“A parent’s primary responsibility is to prepare a child for the life God intends for that child. A crucial element in that nurturing is helping the child develop a biblical worldview—the filter that causes a person to make their choices in harmony with biblical teachings and principles; sadly, the research confirms that very few parents even have the worldview development of their children on their radar.”

They don’t even think about it. Let this sink in for a moment.

Barna explained that the Bible assigns the worldview development process to the child’s family and community of faith, but neither of those seem to be engaged in this crucial task.

Yes, much of this is the parent’s responsibility. Children – and especially Christian children – should be educated at home starting with the Bible. Pastors and church leaders, however, sure haven’t helped matters with many forgettable, shallow, topical sermons (more like sermonettes) failing to equip believers and avoiding some of the “controversial,” hard teachings in Scripture. And if Christian adults are not prepared to discuss the Bible and give and answer for the hope that they have (1 Peter 3:15), how can we expect children to survive with their faith intact?

Two glaring consistencies in America regarding this research are “the dismissal of the Bible as a reliable and accurate source of God’s truth, and a lack of deep commitment to practicing their faith.” Perhaps just as sobering is the fact only 52% of preteen parents – who are Christians – report being deeply committed to practicing biblical faith.

Why does this matter? Just look around and realize the level of moral decline, cultural decay, and godlessness in this country did not happen overnight. As Italian Marxist, Antonio Gramsci taught, his demonic agenda was implemented as a long, gradual, progressive march through the major institutions in the U.S. to break down the wall of Christianity over time. An evil, but brilliant scheme.

Did it work? Who has had more influence in the public square in the last 50 years? They attacked us at the root – and now we’ve been seeing the rotten fruit.

With all that kids are facing today, it may seem unbelievable but very few parents intentionally speak to their children about beliefs and behavior – morality based upon a biblical worldview. Sadly, some still wonder how we got here while others are simply uninterested.

Remember when the left claimed it wouldn’t be a big deal to remove Ten Commandments displays or expel the Bible and prayer from public schools? Remember when we fell for it and did little to stop them? God judges nations, so His people better repent, regroup, preach the gospel, and resist the onslaught of wickedness in our age by speaking the truth and overcoming evil with good.

We also must remember this battle is first spiritual so put on the armor of God and take your stand while there’s still time! Since Jesus hasn’t yet returned, there’s always hope – but from all cultural indicators it appears to be quickly fading.

For the grace of God has appeared, bringing salvation to all people, 12 instructing us to deny ungodliness and worldly desires and to live sensibly, righteously, and in a godly manner in the present age, 13 looking for the blessed hope and the appearing of the glory of our great God and Savior, Christ Jesus, 14 who gave Himself for us to redeem us from every lawless deed, and to purify for Himself a people for His own possession, eager for good deeds. Titus 2:11-14