I hope to convey a much-needed sense of urgency for the body of Christ today. First, you’re going to need these verses to come back to later: Proverbs 3:25-26 states: Do not be afraid of sudden danger, Nor of trouble from the wicked when it comes; 26 For the Lord will be your confidence, And will keep your foot from being caught. 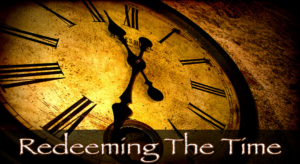 So then, be careful how you walk, not as unwise people but as wise, 16 making the most of your time, because the days are evil. 17 Therefore do not be foolish, but understand what the will of the Lord is.

The Greek word for “time” denotes a fixed, measured, allocated season. Believers are to make the most of our time on this earth and live expectantly of His return. But along with the coming Kingdom, we necessarily must expect coming judgment.

Key Scriptures for today include Mark 13 and 1 Thessalonians 5. We’ll be looking at seasons, times, signs, and the wrath of God. Jesus often commanded His followers to watch; be alert, and understand the times. Because this was important to Him, it should be important to us as well.

He also rebuked the most educated and religious leaders of his day—the Judaizers —for their inability to discern the times. Not only was the long expected and predicted Messiah right in their midst, but they failed to “watch” what was going on around them.

Do we understand the last days signs today, the converging events on the world stage, and the cultural indicators that point to the Day of the Lord?

“Jesus knew that neglecting to “watch” would be a major symptom of apostasy at the end of the Church Age. He knew that people will be more and more caught up in the affairs of an increasingly sinful world the nearer history moves toward the Tribulation era.”

I’ll let you conclude what kind of church and culture we have today in America, the United States of Entertainment. Most would likely say we have failed to post watchmen on the walls and sound the alarms to the people of God over the last hundred or more years.

What Would Jesus Say to the Church in America Today? We can speculate. But we do know what He said to several churches in Asia minor just 70 years after His resurrection and the birth of the Christian Church.

In Revelation 2-3, Jesus told one church they were lukewarm, another had lost its first love, and one had a reputation for being alive but they were dead. How many churches today might fall into any one of these categories? 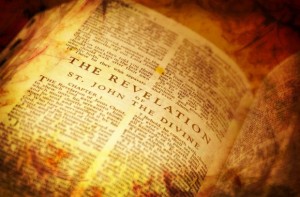 Here’s part of what He said to the church at Sardis:

If it’s possible to strengthen what remains, it must not yet be hopeless. He told them to remember what they received and heard at first. Paul wrote to the Corinthians that he passed on to them what he received from the Lord, then laid out the gospel.

For this reason we also constantly thank God that when you received the word of God which you heard from us, you accepted it not as the word of mere men, but as what it really is, the word of God, which also is at work in you who believe.

Watch out! Strengthen what remains before it’s too late!! Wake up!

Paul old the Christians at Rome:

Do this, knowing the time, that it is already the hour for you to awaken from sleep; for now salvation is nearer to us than when we first believed. 12 The night is almost gone, and the day is near. Therefore let’s rid ourselves of the deeds of darkness and put on the armor of light. Romans 13:11

Here, the Greek word for time views it as a period or era, not chronologically. Sleep refers to spiritual apathy and lethargy or disinterest in the things of God.

Are we aware of the spiritual warfare and level of evil being unleashed in the world today? Are we speaking the truth & exalting Christ while exposing works of darkness (Eph 5:11)?

“We must reject the thought that evangelism is to be separated from the importance of standing against evil. We weren’t saved just to escape this world and go to Heaven. Transformed people transform the culture while standing boldly against evil.”

Opinions and strategies differ within the church about influence; how to be life preserving, culture flavoring salt and light of Christ, but we need to have these discussions.

Let’s look at the Olivet Discourse from the Gospel of Mark, chapter 13.

Jesus predicted the coming destruction of the temple which prompted questions from the disciples about the end times. They asked Him:

“Tell us, when will these things come about, and what will be the sign when all these things are going to be fulfilled?” 5 And Jesus began to say to them, “See to it that no one misleads you…” Mark 13:3-5

Do not be deceived. Another key and prophetic warning in this chapter is verse 13:

And you will be hated by everyone because of My name, but it is the one who has endured to the end who will be saved. 13:13

This endurance doesn’t produce salvation. What it means is perseverance during the troubled times that Jesus promised His followers. But in verse 19, notice he describes great tribulation in the future. Great, meaning a long duration, characterized by severe pressure and continual anguish.

For those days will be such a time of tribulation as has not occurred since the beginning of the creation which God created until now, and never will again. 13:19 This is the Great Tribulation at the end of the age. Toward the end of the discourse, Jesus warns believers to be watchful yet again:

Heaven and earth will pass away, but My words will not pass away. 32 But about that day or hour no one knows, not even the angels in heaven, nor the Son, but the Father alone. 33 “Watch out, stay alert; for you do not know when the appointed time is. Mark 13:31-33

Jesus made a point to tell us only the Father knows the exact time. 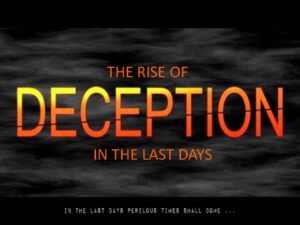 Some of the signs described in Matthew 24 and Mark 13 include:

False prophets, wars and rumors of wars, nation against nation, earthquakes, famines, (these are “merely the beginning” of birth pangs!), persecution, increased lawlessness, many people’s love growing cold, the gospel preached to all nations, Christians will be hated, there will be tribulation, verse 24 describes post-trib events, and it says only the Father knows the day or the hour.

So the chapter concludes with Jesus repeating His warning:

Judgment is coming. Are we warning others? Christ is returning – but this time He won’t appear as the Lamb of God. He is the Lion of the tribe of Judah; the conquering King of Kings and Lord of Lords!

There are 19 uses of ”the Day of the Lord” in the Old Testament and 4 in the New Testament. Also referred to as the day of doom or day of vengeance, the N.T. calls it a day of visitation or the day of wrath. These are terrifying judgments of God.

There’s something we need to clarify about times, seasons, and future wrath poured out. Look at what the apostle Paul writes to the Thessalonian believers:

Now as to the periods and times, brothers and sisters, you have no need of anything to be written to you. 2 For you yourselves know full well that the day of the Lord is coming just like a thief in the night. 3 While they are saying, “Peace and safety!” then sudden destruction will come upon them like labor pains upon a pregnant woman, and they will not escape. 4 But you, brothers and sisters, are not in darkness, so that the day would overtake you like a thief; 5 for you are all sons of light and sons of day. We are not of night nor of darkness; 6 so then, let’s not sleep as others do, but let’s be alert and sober. 1 Thessalonians 5:1-6

Let us be alert! Again, there’s a reference to sleep or spiritual apathy.

Note verse 9 that “God has not destined us for wrath, but for obtaining salvation through our Lord Jesus Christ;” (5:9) Salvation is eternal life in Christ. That’s where we’re headed!

This mention of wrath seems to refer to God’s eternal wrath, not His temporary wrath during the tribulation period. There is some debate about this. Note the word “destined.” A few chapters back in 1:10, He rescues believers from the wrath to come. Great news!

Notice again the warning that Day could come as “a thief in the night.” It’s important to note here this phrase is never used in reference to the rapture of the church. The 7 year tribulation and the catching up of the saints are two distinct, separate events.

Also, don’t you notice talk of peace and safety today? This is sure to increase as Bible-deniers will ignore warnings and even some Christians will be ignorant of prophecy. Remember, false prophets most often forecast a bright, fluffy, positive future in spite of the imminence of God’s judgment.

Take this as a warning to us today! Jesus emphasized here – not so much the extreme wickedness of Noah’s day, but on the people’s preoccupation with routine, mundane matters of everyday life. And judgement fell suddenly.

The most graphic expression of God’s holy wrath and hatred against sin, however, was when He poured out divine judgment on Jesus, His Son, on the cross.

Let’s look at five different kinds of wrath we see in Scripture.

In Romans 1, it describes the fifth form of God’s wrath when He gives them over to a depraved mind. He has abandoned the wicked throughout history, allowing them to pursue evil; to sin and suffer the consequences.

This tragic example in Romans 1:18 seems all too familiar to us today in America. The level of judgment we are under is speculative, but here’s how Paul describes it.

For the wrath of God is revealed from heaven against all ungodliness and unrighteousness of people who suppress the truth in unrighteousness, 19 because that which is known about God is evident within them; for God made it evident to them. Romans 1:18-19

It’s quite clear this is not an impulsive outburst of anger by God nor is it aimed at people He doesn’t like. This action by the holy Lord of the Universe has been settled and is a determined response against sin by a righteous God. It’s not something He enjoys.

The Bible says the Lord takes no pleasure in the death of the wicked which is why God so loved the world that He gave Jesus – to atone for sin once and for all.

Notice verse 18 also says His wrath “is revealed” from heaven. The word means “to uncover, make visible, or make known.”

We also know from this verse God pours out wrath “against all ungodliness.” This indicates a lack of reverence, devotion, or obedience indicating a broken relationship with the true, living God.

Unrighteousness refers to the result of ungodliness; a lack of conformity to the character and law of God.

Finally, what does suppressing the truth mean? This is like a form of denial or defiance. Verse 19 indicates that we know better and that every person has a conscience. The Bible teaches that God planted evidence of His existence in the very nature of man by reason and moral law. 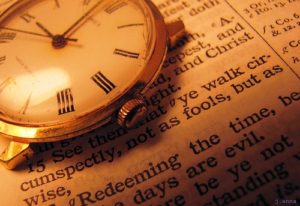 No excuses! Although the evidence from conscience, creation, and God’s Word is irrefutable, men choose to resist and oppose the truth by holding fast to their sin.

Wake up! Be alert, understand the lateness of the hour, don’t be deceived, redeem the time, strengthen what remains, warn others, and as Jesus said, “Watch!”

Check out the latest book by David Fiorazo! Canceling Christianity: How the Left Silences Churches, Dismantles the Constitution, and Divides our Culture

When a Man Wins a Women’s Beauty Pageant
Majority of Today’s Youth Dislike the Country, Not Proud to be American