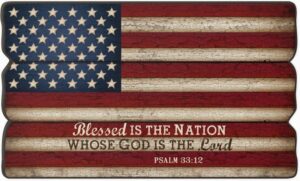 God’s sovereignty trumps elections, voter fraud, mandates, and viruses! It is one thing to say we trust God and believe He is in control; it is another thing to live as if God were sovereign. Do you trust Him no matter what happens with Covid, the economy, holidays, and no matter who is president?

One thing is certain: we live in times of great deception. For Christians, these are the most prophetic times in world history.

But evil men and impostors will grow worse and worse, deceiving and being deceived.

There’s a quote attributed to communist dictator, Joseph Stalin, “It’s not who votes that counts, but who counts the votes” We need to be wise, but let’s also surrender what is not in our control. So much is happening, it’s vital we keep it all in perspective.

“Do not get upset because of evildoers; … For they will wither quickly like the grass.”

No matter what happens with the coronavirus, government, lock-downs, church and state issues, and even the outcome of the election, life will go on and God will have the final say. We know that in the end, Truth wins.

It just might take a while before everything comes to light. For now however, those who plot evil and deception continue their agendas.

“The Lord nullifies the plan of nations; He frustrates the plans of peoples.”

But sometimes, God allows seasons or situations in life to look impossible before He intervenes and reveals His will.

Many of us forget in the pages of the Bible, God often used powerful kings to accomplish His purposes. After delivering the Prophet Daniel, the Lord caused King Darius to confess that God rescues, saves, and does miracles; He also proclaimed:

“For He is the living God and enduring forever,
And His kingdom is one which will not be destroyed,
And His dominion will be forever.” (Daniel 6:26-27)

In Isaiah 45, God chose and anointed the pagan King, Cyrus, to fulfill His purposes for Israel. And no matter what you say about President Trump, there’s no question God has used him in many ways – and His plans will be completed.

But we need to address some misinformation: the national Democrat media do not determine who wins an election or who is certified president. I realize many of them haven’t read the Constitution and millions of people don’t know much about American history, but the media can only ‘project’ a winner. It’s the people who elect the winner – in a free, fair election, that is.

Let’s flashback to Y2K. Remember when the liberal media called the 2000 election for Al Gore on election night when it appeared Florida would go into the blue column? But they forgot to wait for the panhandle and George W. Bush caught up. Nonetheless, for more than thirty days, the media constantly reported Al Gore was President Elect.

Then came the recount in Florida; then the Supreme Court decision; and then Bush won and became president.

Twenty years later, here we are. All major networks have declared Joe Biden the winner. Hollywood, Facebook, Twitter, Google, and most media outlets are openly referring to Biden as President elect.

But so much seems wrong in so many ways. Is it too much to ask that every legal vote is counted and illegal votes are tossed? The numbers don’t seem to add up!

Liberal media activists are practically telling us not to believe our eyes. Joe Biden couldn’t get a few dozen people to a rally and went days without leaving his house and campaigning. How did he get more votes than Hillary Clinton and Barrack Obama?

In recent unreported news, Republicans picked up at least 12 US House seats that flipped from Democrat to Republican. President Trump had record turnouts at rallies, record campaign enthusiasm, and received 11 million more votes than he did in 2016. He nearly doubled African American support, increased Hispanic support, and maintained a majority of Evangelical voters.

Biden sat back, protected by the media, and relied on the mass marketing and programming of Big Tech, news corporations, the NFL, NBA, public broadcasting, public schools, and the activist media.

The polls said Biden landslide and that he’d win swing states easily. Those margins are razor thin and a few are going into recounts. More lies of the Left.

I don’t know what’s going to happen, but let’s pray for God’s will, truth and justice to prevail. May the Lord intervene and once again, save the United States of America.

Pastor Patrick Slyman shared some thoughts on living through uncertain times and the fact God gets the glory when we trust Him no matter what. He asked and answered a few questions I think apply to this moment in American history:

The world is watching how Christians respond to these times of trials and uncertainty. We can either walk by faith or live in fear. We’ve got plenty to be thankful for and we live in a great, exceptional country! Let’s improve our math by counting our blessings. Always remember,

The plan of the Lord stands forever,
The plans of His heart from generation to generation.
12 Blessed is the nation whose God is the Lord,
The people He has chosen for His own inheritance. (Psalm 33:11-12)

His purposes will prevail! Keep trusting, working, praying, and waiting, friends. And have a wonderful Thanksgiving!