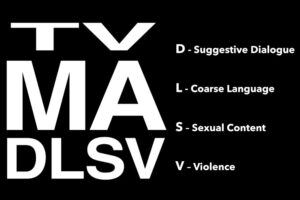 What do AOC, VH1, Marvel, HGTV, and the LGBT have in common? The normalization of immorality including drag queens, gays kissing, and a “throuple” – three people living together in an openly sexual relationship.

It was inevitable. Once black-robed elites on the Supreme Court redefined marriage just five short years ago, many of us warned about the consequences of that decision. That “slippery slope” has become a downhill drag race to destruction.

In a culture that has rejected the God of truth, moral absolutes, and calls evil good, don’t expect the onslaught to slow down. Get ready for even more promotion of adultery, homosexuality, drag queens, transgenderism, polyamory, polygamy, and pedophilia.

Let’s start with Marvel and its first openly gay superhero coming out in the highly anticipated film The Eternals slotted to hit theaters in the fall. The movie will feature a homosexual character and a big same-sex onscreen kiss that Hollywood is already raving about.

One of the actors said, “Everyone cried on set. For me, it’s very important to show how loving and beautiful a queer family can be.”

Some might say, so ‘just don’t go to the movie.’ Okay. So you think you’ll avoid the promotion of the perverse on your computer or watching television at home? Remember the Super Sex, I mean the Super Bowl halftime strip show a few weeks back?

Example number two of our “anything goes” pop culture is on a recent HGTV episode of “House Hunters” where a Colorado Springs husband and wife who are married with two kids are also in a romantic relationship with another woman they met in a bar. Pray for the kids.

The show follows them around as they look for a house together. The husband, Brian, said he always knew his wife was bisexual and he evolved to meet her desire for both men and women. What message do you suppose this sends to America?

A viewer named J.E. Cowart summed up the way many people feel about it and responded:

“My wife and I are Americans living on the island of Cyprus. HGTV is one of our very few pleasures from home. My wife found this ‘Trouples’ episode so disturbing she asked we turn it off. We agree with previous comments that the episode reflects on the deteriorating morals of our country, our American culture, and society. If HGTV sees fit to process in this manner, we also will discontinue as viewers.”

Then he quotes a Bible verse describing the attitude of modern times: Judges 21:25;

“In those days there was no king in Israel. Everyone did what was pleasing in his own eyes.”

People magazine promoted the episode on its website which received tweets from fans applauding it as “progressive” and “great.” It did not include any voices criticizing the concept.

Just last year, the American Psychological Association even launched a task force designed to remove the “stigma” associated with it, even going so far to give the lifestyle its own politically correct term – “consensual non-monogamy.”

The “Religion and Spirituality Task Force” promises to remove any religious objections people might have to any of the sexual lifestyles listed. According to the APA:

“It further attempts to create affirmation and acceptance for LGBT individuals of faith within theologically diverse ideological traditions. …the Committee seeks to reduce theological barriers…”

In other words, the APA will work with LGBT activists to normalize sin to the point where people who practice these lifestyles can be referred to as “Christian.”

And our third example, did you catch the promo for Rupauls Drag Race? Apparently it’s a show on VH1 and Alexandria Ocasio-Cortez is featured as a guest judge pledging “allegiance to the drag.” Yup. She truly is a rising star of the godless left.

I’ve said hundreds of times these people need Jesus. Pray for them to be saved. Let’s raise awareness about this soul pollution, but do your family a favor and avoid the dark, disturbing garbage.

How should Christians respond?

“And this is the judgment: the light has come into the world, and people loved the darkness rather than the light because their deeds were evil.” – John 3:19

The Lord is good, A stronghold in the day of trouble, And He knows those who take refuge in Him. Nahum 1:7

“These things I have spoken unto you, that in me ye might have peace. In the world ye shall have tribulation: but be of good cheer; I have overcome the world.” – John 16:33

“Don’t be overcome by evil; overcome evil with good.”

The Day of the Lord, His Judgments and Promises; 2 Peter 3
Parental Rights Under Attack In Public Schools