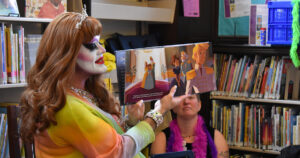 The goal has always been the children. The current drag queen phenomena is no different: Convert kids to liberalism and if they have any belief in God or any understanding of biblical morality, retrain them through “education.” And if their parents are conservative or have taught them anything other than what aligns with LGBTQ ideology, draw them away from their parents.

A few weeks ago at the American Library Association’s (ALA) annual conference, librarians learned how push the agenda and to sidestep objections to events like Drag Queen Story Hour (DQSH). One workshop was titled, “Creating Queer-Inclusive Elementary School Library Programming.”

Elementary school. Let that sink in. This and much more with the help of our tax dollars.

From Hollywood and politics and the government school system to the American Library Association, the systematic roll-out of depravity and moral confusion via drag queens and transgender ideology was planned long before it was ever implemented.

If you’re just now hearing some of these stories about the exploitation of children, gender confusion and delusion, drag queens, drag kids, and so-called “gender reassignment surgery,” we’re in more trouble than I thought.

The current plan is to force Drag Queen Story Hour into communities across the country. Another workshop at the American Library conference was called, “A Child’s Room to Choose: Encouraging Gender Identity and Expression in School and Public Libraries.” You might be wondering what this has to do with the lost art of reading good books. Nothing.

The left has simply found yet another way to reach young, impressionable children.

Originally established in the early 1990s by The Publishing Triangle as “National Lesbian and Gay Book Month,” the ALA has recognized “GLBT Book Month” since 2015, calling it “a nationwide celebration of the authors and writings that reflect the lives and experiences of the gay, lesbian, bisexual, and transgender community.”

The conference featured bisexual bathroom facilities of course, and other workshops focused on diversity, so-called “equality,” inclusion, and race, including instruction on the United States, “a country built on white supremacy.” One book on the reading list is called “Disrupting Whiteness.”

Still other workshops taught on how to celebrate queer sex and how to manage push-back from concerned parents. Editor of the Federalist, Joy Pullman, encourages us to note how librarians are told to resist feedback from taxpayers, placing the government and this agenda above American citizens and the will of the people.

In June, the American Library Association celebrated Gay Pride month again, and a dispatch was sent out from a small town librarian with tips on how to be a “secret librarian advocate operative.” Instructing librarians to sneak LGBTQ books and events into current programs and, “Firmly defend” them in the libraries, advice was offered for when someone challenged or opposed the agenda:

“…be ready to listen to the complaint, and respond in a calm matter stating that your library purchases items for ALL the members of your community; Often in these situations people just want to be heard, and are satisfied to move on when they’re sure that they have been [heard].”

One queer librarian has been working on this agenda since 2010, promoting drag queen and LGBT parties, fundraisers, and advocacy for “queer libraries,” queer librarians and those who love them. 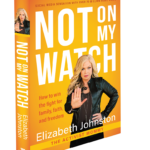 Thankfully, there are some God-fearing Christian parents and concerned citizens opposing this radical agenda and working to raise awareness about it. One who has been responsible for getting several drag queen events cancelled and who has taken her share of hits is author of Not On My Watch, Elizabeth Johnston, “The Activist Mommy.”

Johnston has had death threats and has had to hire armed security for her and her family due to the ‘tolerant’ left and activists who hate. She has reported on stories where some libraries have tried to distance themselves from the Drag Queen Story Hour madness. 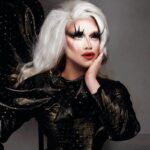 After Johnston’s successful email and social media campaigns to get a few DQSH’s cancelled, drag queen Selena T. West called on supporters to notify Child Services about Johnston apparently saying she is an unfit mother. West also falsely claimed that the Activist Mommy and her followers called in death threats to the library. This lie provoked actual death threats against Johnston’s family.

We discussed big tech censorship last week, and in this case, it’s not surprising there is also an effort to remove The Activist Mommy from Facebook. Change.org has a petition to take down Johnston’s account for allegedly inviting “violence against the LGBTQ+ community and encouraging her followers to spread hate.”

Truth is hate to those who hate the truth. And remember, Jesus is the Way and the Truth.

It’s not difficult to understand this worldview: remove God, His Law, and any fixed, moral authority – and guess what? Anything goes. And I mean, anything. The Bible warns us about “men who suppress the truth in unrighteousness” and the wrath of God that comes as a result.

We have denied not only the supremacy of God but His very existence. This naturally leads to the worship of self. Idolatry in this context is worshiping lifestyles and human beings, creating a god in our own likeness according to worldly, pagan preferences.

We’ve passed this down to the next generation. Society has programmed us to cater to ourselves which leads to the worship of the creature rather than the Creator. Writing to Christians of the early church in Rome, the Apostle Paul stated that people “exchanged the truth of God for a lie (Romans 1:25).”

We’re witnessing a cultural transformation from truth to fiction and from the sane to the insane. God has given them over to a depraved mind, and history teaches us that there will be consequences. God gave us a conscience. Romans 1:19 and 21 states:

“…because that which is known about God is evident within them; for God made it evident to them… For even though they knew God, they did not honor Him as God or give thanks, but they became futile in their thoughts, and their foolish hearts were darkened.”

It’s not only the federally-funded American libraries we need to be concerned about. The Left has controlled the nation’s schools more than five decades, and we need to understand that rather than providing a true education, progressive teachers’ unions are grooming young extremists every single day. But that’s for another article.

It all points to the decline of morality in American culture and the increase of wickedness which Jesus predicted as one of the signs we’re approaching the end times. As a result of lawlessness and blatant celebration of evil, He said that “the love of most will grow cold…(Matt. 24:12).”

When our hearts harden, we avoid engaging in the many battles within the culture war which essentially is a war on truth.

We’re seeing that now. There are some God-fearing people who have chosen to ignore the rebellion against our Creator and try living peaceful, problem-free lives. But that’s just a fantasy. Jesus said in this world we will have trouble and true peace can be found only in Him.

It’s understandable. But we are still called to expose evil, point people to Jesus, and to shine the light of Christ in this present darkness. Peter reminds believers to not be surprised by the intensifying trials of life, and Paul reminds us to stand therefore, as good soldiers of Christ.

Believers are also instructed: “do not conform to this world,” and,  “Do not be overcome by evil, but overcome evil with good.” (Romans 12:2, 21)

Watch and pray, friends. Things are about to get more interesting.