The party of godlessness is taking their extremism up a few notches to the point you can no longer be neutral. Just a handful of things liberal Democrats have supported in recent weeks include: infanticide, anti-Semitism, environmentalism, illegal immigration, transgender surgeries, the LGBTQ agenda, legalizing prostitution, and of course – socialism.

Does the cycle of godlessness begin with those elected to office, or the people who vote them into power? If you haven’t thought about leaving the Democrat Party, it may be time to at least stop blindly voting for them, especially if you’re a Christian. If you refuse to reconsider, you have a serious conflict of interest on your hands. Many on both sides need to repent of idolatry.

I am certainly not suggesting the Republican Party is full of angels. I’m thankful for President Trump’s strong pro-life and pro-Israel stance, but I don’t agree with him on all the issues, nor do I go along with every single policy they endorse. There is however, a stark, glaring contrast today between the two major political parties in the U.S. and the chasm is getting wider and deeper.

More than ever, progressives are all about power. Their goal is big government control and one-party rule in America. Karl Marx would be proud because the revolution can only advance by doing away with God & Christianity, families, natural marriage, religious freedom, work incentive, and private property. Social justice ideology has practically consumed any professing Christians in the Democrat Party to the point they justify blatant immorality.

‘It’s all about the people,’ they say. Nancy Pelosi said Democrats are doing God’s work. They say Republicans and Christians are the ones who are bigoted, intolerant and racist.

But before we get to the slippery slope of socialism, we should call out immorality for what it is. Democrat presidential candidate, Senator Kamala Harris recently said she would “decriminalize” prostitution based on consent. Wouldn’t that lead to more sexual abuse and less protection for victims of violence?

Next, you already know about Democrats in New York voting to legalize infanticide, the murder of a living baby even up through the delivery process. But the Party of death also voted against providing medical care or protections to a baby born alive in the case of a botched abortion.

Think about this: a living, suffering human baby is placed on a table crying and in pain – and is left to die. They wouldn’t do that to a puppy or a kitten – or a fish.

“I see a Party saving minnows in California and killing babies in New York. Are you kidding me?”

And some say a wall on our southern border is “immoral.” Did you know that on Friday, House Democrats voted in favor of illegal immigrants voting in U.S. elections? The key word here is “illegal.” This is no longer your great grandparent’s Democrat Party.

They did this under the guise of the bill, “HR 1,” and essentially voted to defend local governments choosing to go against federal law and allow illegal aliens to vote. Georgia Democrat, John Lewis said they are “prepared to open up the political process and let all of the people come in.”

Texas Republican and American Vet, Dan Crenshaw asked, “What kind of government would cancel the vote of its own citizens, and replace it with noncitizens?” He later Tweeted:

“Today I offered a motion to recommit #HR1 reaffirming that only US citizens should have the right to vote. “Dems rejected it. Next time you go to the ballot box, keep that in mind. The future of their party is in cities like San Fran, where illegals can vote. Let that sink in.” 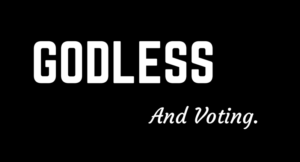 Prior to Democrats regaining power in the U.S. House, Nancy Pelosi promised to work hard for the LGBT lobby, for noncitizens wanting to cross our borders, for women wanting abortions, and for those wanting to protect the environment.

Then there’s Corey Booker who first grilled Mike Pompeo, then a judicial nominee, asking if they believe LGBT relationships are a sin. So, if you don’t believe in gay sex, you’re not fit to serve?

Don’t forget Hillary who, from her high perch above the law, thinks Trump voters are just a bunch of deplorables.

But there are plenty of headlines about the 29 year-old college grad and bartender from New York, Alexandria Ocasio-Cortez. AOC recently said she’s so worried about the environment and the planet she wonders if it’s still okay to have babies.

She also just called for the U.S. to end its relationship with Israel. Her radical socialist policies should are concerning. The “Green New Deal” she introduced would cost trillions and she doesn’t seem to care or understand how we’d pay for it.

But she’s the new face of the Democratic Party’s plunge into outright socialism. All six of the major announced contenders for the Democratic presidential nomination have endorsed her sweeping “Green New Deal.” He added that “socialism “promises of guaranteed income equality,” “free” medical care,” “free college tuition,” state ownership of the means of production, confiscation of private property, central planning and a one-party system inevitably result in coercion and violence.”

I agree that socialism violates the laws of nature and nature’s God, and the progressive worldview begins with the false idea we’re not really created in God’s image, and we’re merely products of random events.

The sexual revolution was part and parcel of socialist thought in the 19th century, just as it’s a driving force in the Democratic Party today, which pushes LGBTQ sexual anarchy and abortion. A consistent feature of the revolution is that “the ends justify the means.” So, lies are good as long as people keep falling for them.

Marx wrote that socialism is the last necessary step on the road to communism. Ronald Reagan once said, “I didn’t leave the Democrat Party; the Democrat Party left me.” But he said this in the 1980s. It’s nearly forty years later and too many Americans believe the same lies and keep voting the same way simply because they always have.

Since our actions and words will be judged, don’t you think God will hold us accountable for how we vote?

For those who trust in Jesus Christ and believe the Bible is true, if you vote for policies that go against God’s teachings and biblical morality, it might be time to reexamine your priorities, values, and even who or what your faith is in.

Check out more videos and articles on Christ and Culture.

From Communist Goals from 1958 to Sanitized Socialism Today

Half of Young Americans Want to Live in a Socialist Country

Millennials and socialism: What’s the attraction

“The Left wants you to think that the cultural changes that have taken place in America since the 1960’s have done noth­ing but progress us forward to a brave new world … they’ve done everything in their power to dumb down our children, undermine our families, rewrite our history, and promote obscenity and immorality everywhere they can … the ideas that now dominate our educational system are focused on removing God and His influence from every part of our cul­ture.” – Curtis Bowers (Agenda Documentary producer)

Indoctrination: ‘Coexist’ With Lies and False Teachings?
Will Marriage Soon Be Meaningless?