Two of the main reasons you don’t really know about convicted murderer, Kermit Gosnell are, first, a complicit media covered-up the news and second, America has become apathetic about the abortion industry. At least Christians who are pro-life should care! For the moment, let’s set aside the debate about whether or not the act of an abortion is a sin. The Gosnell case has been described as a true-life saga of good vs. evil, deadly medical malpractice, systemic government corruption, and the devaluing of the most vulnerable in our society. 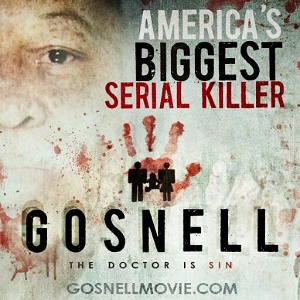 The movie, Gosnell: The Trial of America’s Biggest Serial Killer, was released to theaters last Friday. I saw it, I recommend it, and though it is verbally descriptive, it is not graphic as you might think. But if we didn’t know that the writers got their information from actual court transcripts, police interviews, eye-witnesses, and FBI documents, the facts in this case would almost be unbelievable.

Tragically, not only is this a true story, but most likely there are many more clinics across the country similar to Kermit Gosnell’s house of horrors.

Since the liberal media refused to cover the trial, it’s no surprise they aren’t reporting on the movie debut. The producers of Gosnell were turned down by advertisers and also had to fight to get even a small number of reviewers to even look at the movie. So let’s be clear about this: the gruesome trial of an evil, warped man who killed at least one woman and murdered babies that had been delivered alive was not of interest to the media? Why? They are committed to protecting women’s so-called, “reproductive freedom.” 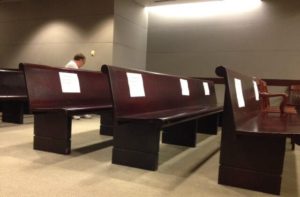 Did you know the reason some reporters eventually had to force themselves to go to the 2013 murder trial? A photo was taken in the courtroom of dozens of empty seats that were reserved for the press!

But why did this go on so long and how was he able to continue his horrific practice? He was protected by Democrats in the PA government.

This is a man who had untrained staff, including a fourteen year-old, administer drugs that would induce labor causing many women to deliver babies they came to the clinic to abort. Referred to as being “born alive,” the number of infants who were then murdered could be well into the thousands as Gosnell was in business for over thirty years.

Radicals on the left defend abortion at all costs seeing it as a sacrament to progressivism, “even if it means whitewashing its bloody, half-century legacy of mass genocide in our nation’s inner cities.” 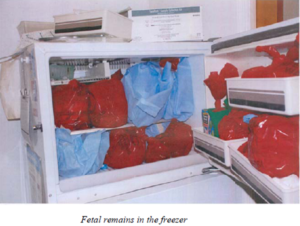 Operating under the cover of providing “reproductive health services,” death doc Gosnell brutally executed hundreds of healthy, living, breathing, squirming, viable babies by stabbing them in their necks and severing spinal cords with scissors and knives. This twisted murderer kept newborn baby feet in specimen jars, which he crammed into the grisly refrigerators of his filthy “clinic” for “research.”

There are several major problems in this case that go beyond the abortion issue. First, Gosnell was a millionaire. He would stash away thousands of dollars in cash per day which apparently allowed him to purchase properties and even escape to the Bahamas during an investigation into his questionable abortion methods that sent many women to the hospital.

Second, the Pennsylvania Dept. of Health did nothing to stop Gosnell and worse, they looked the other way. His clinic was not inspected for seventeen years! Heck, even a hair and nail salon gets annual inspections by the Health Dept. According to the FBI investigation into the filthy Gosnell clinic, in 1993, the PA Dept. of Health decided to stop inspecting all abortion clinics unless there were major complaints!

For purely political reasons, government agencies allowed Gosnell and others to operate with no accountability and oversight which put countless women at risk of infection, disease, and even death. And they have people believing they are the Party that cares about women’s health? Please.

Gosnell clinic staff used abortion instruments over and over again without sanitizing them, and due to the fact the procedure tables were not wiped down or cleaned after each patient, many women contracted STDs from the clinic. Ironically, the reason the police and FBI raided his abortion business was for illegal prescription drug abuse. Gosnell and his staff sold drugs to women for cash and even payed homeless people for their ID’s to then buy prescription meds.

In 2015, a Philadelphia judge awarded the woman’s daughter $4 million in a settlement. She was with her mother at the clinic when she died. According to reports, Gosnell saved his very late or full-term abortions for Sundays, when only his wife would assist. Since he destroyed all those files, we will never know how many live, full-term babies he killed over the years.

So no, this movie is not just about the brutal act of abortion and the systemic problem of unlawful clinics. It’s about media malpractice, a calloused cover-up, evil being called good, and a nation that used to value human life but has generally become desensitized. Just because a court once decided abortion is legal does not make it moral – especially to God, the Creator of all life.

Jesus Christ died so that we might live eternally; abortion kills so that some might live differently. Please send Democrats, the media, and Hollywood a message by sharing this article and by watching the Gosnell movie. It’s probably true that America will not resist abortion until America sees abortion for what it is.