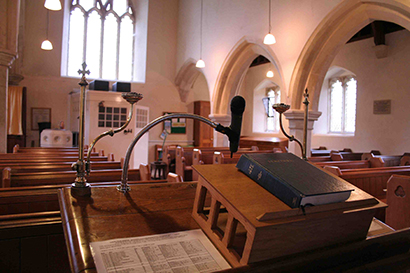 Both sides are firing shots across the bow of their opponents in a revived First Amendment battle thanks to Donald Trump and a bizarre election cycle. This debate is absolutely necessary, but not for the reasons you might think.

Too many people have no idea what the Johnson Amendment is and why it is so important, but at least a few more are paying attention since Trump brought it up.

First, some background: Lyndon Johnson, a progressive, racist, and perhaps the second most liberal president in U.S. history was running for reelection as a Senator in Texas and he found a way to silence his enemies – Christians, conservatives, and Republicans. He slipped an amendment to limit the speech of nonprofit groups into a massive tax code overhaul bill and the rest is history. Conservative groups were campaigning against Johnson in 1954 and interestingly, they had concerns about communism at the time as well as Johnson’s big government ideology.

The freedom of religious expression was also restricted by Johnson’s shrewd, calculated move and many religious leaders were silenced – not necessarily because of the amendment, but due to their fear or ignorance of the law.

So a few weeks back, Trump rallied the base by claiming he will repeal the Johnson Amendment if elected president. Who knows if Trump would actually make good on his promise or if he will be able to get Congress to back it.

What are his motives? Did an evangelical Christian advisor convince him to talk about it in the hopes more conservative ears would perk up? Is his goal to create Christian Church super PACs?  Does he want to “politicize the pulpit” as some liberals claim?

In 1917, Congress first approved a tax deduction for donations to charitable organizations, but there was some ambiguity on the parameters. A court ruling clarified in 1930 that non-profit groups could not engage in “political agitation” or lobbying, and the rule became part of the tax code in 1934. The Johnson Amendment expanded the ban to include political activity such as campaigning or contributing to a candidate.

Basically, the amendment changed the tax code to empower the IRS to oversee religious and political speech of non-profits and prohibited them from endorsing or opposing a candidate for public office. In my opinion, this was not even constitutional. Suddenly, a church could be fined (excise taxes) or lose its tax-exempt status (penalized) for speaking, intervening, or engaging in the political process if the IRS determines there is bias towards a particular candidate?

I am not suggesting pastors and religious leaders must endorse candidates. They wouldn’t have to if they had already been preaching the whole counsel of God and speaking about sin, morality, politics, and the controversial issues of the day. Moreover, informed citizens should already know where political candidates stand on issues of importance!

Sadly, we may now have one of the most distracted, disinterested, divided, and uninformed electorates in U.S. history.

Donald Trump said the Johnson Amendment has had a chilling effect on the nation. Agreed, and most secular progressives, Democrats, and atheists love it because godlessness has increased and Christian influence has decreased. He also declared,

Trump is correct, but it is because we have practically surrendered the public square by our silence and inactivity as well as our tendency to duck the issues of sin, repentance, and God’s judgment.

Let’s look at more recent statements made by Trump:

“I said for the evangelicals, that we’re going to do something that nobody’s even tried to do… You have the Johnson amendment passed by Lyndon Johnson… if you want to talk religion, you lose your tax-exempt status.

Endorsing a candidate is not necessarily talking religion but we know what he means.

There’s a difference between talking about religion and preaching the inerrant truth of Jesus Christ. But to the issue, part of the new Republican Party platform states: “Republicans believe the federal government, specifically the IRS, is constitutionally prohibited from policing or censoring speech based on religious convictions or beliefs, and therefore we urge the repeal of the Johnson Amendment.”

“We don’t have a [Christian] lobby because they are afraid, because they don’t want to lose their tax status. So I am going to work like hell to get rid of that prohibition and we are going to have the strongest Christian lobby and it’s going to happen.

Maybe he’s trying to draw more conservative Christian voters because many had supported Cruz, Carson, Santorum, Huckabee or Rubio. It is true the amendment has been used by the IRS and even by the Christian Left to intimidate and silence the voices of untold numbers of Americans. Isn’t this considered bullying?

Under the Obama administration, the IRS has aggressively and wrongly targeted and fined conservative non-profits including many Tea Party groups while the media collectively looked the other way. Enforcement of the law has been a one-sided effort.

For example, Franklin Graham has faced IRS investigations for his organizations Samaritan’s Purse and the Billy Graham Evangelistic Association. He wrote to President Obama in 2013 to complain:

“I believe that someone in the Administration was targeting and attempting to intimidate us,” he wrote. “This is morally wrong and some would call it ‘un-American.’

One liberal argued that “houses of worship have effectively made a deal with the government” and pastors enjoy the benefits of a tax-exemption; in exchange, their ministry will be non-partisan. It’s hard to argue this point.

Another claim is Christians have no business being “a political mouthpiece,” two words that really must be clearly defined.

Still another said when people go to church “we seek spiritual and not political instruction.”

I’ve also heard the implication that the Johnson Amendment is almost as crucial as the appointment of Supreme Court Justices. I’m not so sure about that, but it seems there are now more questions than answers.

Why hasn’t the Johnson Amendment been in the spotlight before now? It’s been over fifty years? Should the government limit what can be said from a church pulpit? Should religious leaders even care?

Witnesses to the resurrection of Christ, when Peter and the apostles were threatened by the Jewish political leaders for speaking about Jesus they replied, “We must obey God rather than men.” (Acts 5:29)

To most churches, the issue may be more of a financial one than a free speech issue. Some leaders have used the supposed threat of IRS fines or losing their 501(c)(3) as an excuse to avoid talking about hot-button issues such as abortion, socialism, God-ordained, natural marriage, gender confusion, government (public) education, etc. Don’t buy the lie – these are not merely ‘political issues.’

Though it is lawful according to our Constitution in America for churches to have a tax exempt status, is it biblical? Regarding the Temple tax in Jerusalem, Jesus said, “Render to Caesar what is Caesars and to God what is Gods.”

We do know the First Amendment to the Bill of Rights begins, “Congress shall make no law respecting an establishment of religion, or prohibiting the free exercise thereof.” People often forget or ignore that second part! This was meant to protect people of faith and their deeply held biblical convictions – and that includes when they’re outside the walls of their church!

Our Founders believed the church had a right and responsibility to influence society for good and never imagined government would be empowered to censor Christians and restrict their religious expression.

We have accepted the secular supremacist spin used to interpret our founding documents by progressives like Harvard Professor Mark Tushnet, who sees orthodox Christians as the moral equivalent of the defeated Nazis and Japanese — discredited losers who must be crushed without mercy or respite. It is people with views like Tushnet’s who end up on our nation’s highest courts. And we let them beat us down. We numbly accept the notion that a bloated agency of the federal government, drunk with free-flowing power, is the arbiter of interpreting my religious freedoms and yours. That was not what our nation’s founders intended.

The bottom line for true believers is obedience to what the Bible teaches which includes the preaching of God’s Word to a dying world. It used to be commonplace for pastors to preach about political issues and candidates; it was referred to as “election sermons.”

Some liberals admit Trump’s proposal scares them because they want the “religious right” to remain censored.

According to Jay Sekulow of the American Center for Law and Justice, church leaders years ago spoke freely and also encouraged church members to take specific action in the voting booth.

Religious leaders not only have a constitutional right to address the moral issues of the day, many believe they have a responsibility to do so.  And, pastors should have the ability to speak out from the pulpit and support or oppose a political candidate based on where the candidate stands on the issues.

History now includes the last 62 years, which, of course, tell a very different story. Hands off, big government! The state should allow the church to speak freely and let the free market of ideas decide who wins.

We know in today’s culture, political correctness trumps truth. Christians have a moral obligation to defend the truth no matter the circumstances. Regardless of what happens, let’s hope the gospel will prevail over silent compliance or compromise.

*I posted an excerpt on this over a year back, but several weeks ago I noticed a dramatic spike in traffic after Donald Trump said he would repeal the Johnson Amendment if elected president. (Somehow, my blog comes up in the top ten search results relating to The Johnson Amendment.)

Thanks so much to Jan Markell, Western Journalism, Stand Up for the Truth, Steve Deace, Red State Talk Radio as well as other outlets who republished my blog!

Articles from various sites and perspectives:

Donald Trump’s Big Lie About the Law That ‘Threatens’ Christians

Trump is Right: Repeal the Johnson Amendment That Muzzles Pastors

Not Ashamed of the Gospel: chapter 3, The Cost of Our Silence
Accommodating Lies in the Transgender Debate