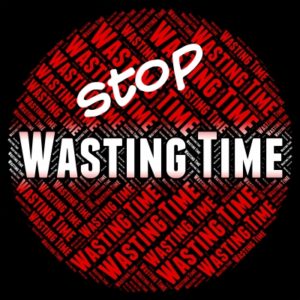 We love our entertainment in America and it’s so easy to waste a lot of time. But perhaps more important is a fact most people do not seem to realize: how we spend our time affects both soul and spirit, either drawing us closer to God or further away.

It’s the ‘hours of influence’ principle which in early computer days was known as “garbage in, garbage out.” It’s easier to reprogram a computer than it is our minds, which the Bible says we are to renew (Rom. 12:2).

Christians are to be set apart, striving for holiness instead of happiness and godliness instead of ungodly pursuits. We should stand out from the world and shine light in the darkness, not participate in its deeds (Eph. 5:11).

Paul wrote to the church in Ephesus:

Therefore be careful how you walk, not as unwise men but as wise, making the most of your time, because the days are evil. So then do not be foolish, but understand what the will of the Lord is. (Ephesians 5:15-17)

With so much of today’s entertainment falling under the category of soul pollution – most of it promoting what the Bible considers to be sin – it’s no surprise American culture has gone into the gutter.

But this is where people such as Kim Kardashian and other so-called reality TV stars are taking us. This stuff wouldn’t be on television if people didn’t watch it and if advertisers didn’t make a profit.

(Lest you think I’m picking on a few people, there’s not enough time to write extensively about the entertainment industry, the music and gaming industry, media, corporations, pro sports, and the evils involved.)

Even beyond the stunning popularity of shows like Keeping Up with the Kardashians, think of their negative influence on young people today: offensive language, style of (and lack of) dress, disrespect for authority, greed, promotion of promiscuity, selfishness, and extremely liberal attitudes about sex and morality.

Not only is immorality celebrated, the message is this: bad behavior gets rewarded.

I know very little about video games and IPhone apps, but apparently there’s a game that invites players to pursue a fantasy life of digital fame. Fans and players have downloaded the mobile game Kim Kardashian: Hollywood 45 million times. According to Wired (6/30/16), that equates to nearly 16 billion minutes playing a dumb game and wasting about 30,342 years.

The Kardashians have succeeded at taking advantage of a dumbed-down and bored generation of people with misplaced priorities and the show is in its 12th season. Twelve.

It all began after Kim Kardashian was awarded $5 million in a settlement for her 2007 sex tape, and she used the money to propel her family into stardom by producing their “reality” show.

Writing in the Washington Times about why we should care, Jessica Chasmar wrote:

The Kardashian saga illustrates our nation’s moral, spiritual and cultural decay like few other media stories do. America of 50 years ago would regard Ms. Kardashian with a mixture of disdain and pity, embarrassed by the very idea of a young lady’s most private moments being broadcast for all the world to see. America of 25 years ago would stop and think before promoting through business channels a figure with such sordid background and negligible public relations attributes. 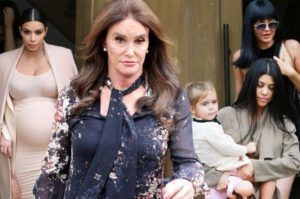 We have succumbed to the values of Hollywood and the meaninglessness of today’s entertainment, and one day each of us will be held accountable for what we did with the talents God gave us.

To end the book of Ecclesiastes, King Solomon stated:

The conclusion, when all has been heard, is: fear God and keep His commandments, because this applies to every person. For God will bring every act to judgment, everything which is hidden, whether it is good or evil. (Eccl. 12:13-14)

What matters from a biblical perspective is not necessarily the massive cultural shift in opinions about truth and morality, but the fact these views are more common among professing Christians and religious Americans. I am only surprised at the speed by which these attitudes have infested the Church.

Just fifty-four percent of evangelicals now believe it’s wrong to identify as a different gender; 35 percent of Muslims and only 26 percent of Catholics agree. Religious folks are either not reading, not understanding, or not obeying the teachings in their holy books.

A new national survey was done by LifeWay Research indicating a changing worldview that is becoming more and more secular. The poll reveals an increasing percentage of Americans no longer believe in right and wrong, and don’t think there’s absolute truth.

Sixty percent believe that it is not morally wrong for individuals to self-identify with a gender that is different than their natural biological sex. From this we can conclude a majority of Americans now reject the fact that a Creator (God) gave them a specific gender that cannot be changed.

This is a result of the newly promoted transgender leg of the LGBT agenda due in part to Bruce, I mean, Caitlyn Jenner. I pray that Jesus would have mercy on him, heal his heart and mind, drawing Jenner back. My heart goes out to those suffering with similar disorders.

Sadly, I’m not sure we realize the astronomical influence the Jenner’s and Kardashians have on this generation.

Christianity is no longer driving this nation. Last June I wrote:

In order to understand how bizarre behavior is accepted and celebrated today, we need only look to the decision makers today in the fields of education, entertainment, media, and government. They are the ones shaping public opinion…

Most of us understand that no man-made modification can remedy our sin problem and only through the forgiveness of Jesus Christ can any of us be saved. We can change our names, our physical features, add transplants and put on make-up; but we cannot change what God designed.

It won’t be long before the promotion of transgenderism goes main stream. It will be celebrated and marketed… We now live in an A-B-C culture: anything but Christ.

Shockingly, over 50 percent of those surveyed have no problem with someone having genital reconstruction surgery or undergoing hormone treatment to alter their body to coincide with his or her “chosen” gender.

I understand people need an escape from all this, and there is another Iphone app to address as it relates to our time, because millions are now caught up in the world of Pokemon Go.

Pokémon Go which is #1 at both Apple’s and Google’s app stores and has doubled Nintendo’s market share since its recent launch. Downloads of Pokémon Go are running ahead of Facebook, Snapchat and Instagram in the Google Play store. The word, Pokémon means “pocket monster” – i.e. “demon.” 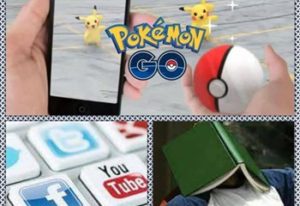 Some call it satanic, others say it’s addicting, but many will justify this [or any form of] entertainment suggesting it’s either harmless or good for quality family time.

So what is this phenomena? From PluggedIn.com:

The mobile app Pokémon Go has become the latest viral craze to take the online world by storm. The game’s name refers to the fact that players walk around—looking at a virtual map on their smartphones that corresponds with the real world—to capture the magical, imaginary creatures known as Pokémon. The game (based on a Nintendo franchise more than two decades old now) is part of an emerging genre known as augmented reality. It gives players a chance to “photograph” a digital image of the creature they’ve captured against the real-world background where they’ve located it. Millions of players around the world have almost instantaneously made the simple game a massive hit.

On one hand, at least people are getting outside and away from their television and computer screens. On the other hand, they’re still attached to technology and staring at another screen!

Even if something may not be overtly sinful doesn’t mean we should take part in it. As Paul wrote:

Leonard Ravenhill once said entertainment is the devil’s substitute for the joy of the Lord.

Many people lack meaning in their lives, but God created us for His purposes. This short life is not all there is; believers know the truth and have a higher calling.

God saved us to further His kingdom; to know Him and make Christ known (John 17:3). Entertainment isn’t all evil, but let’s be more discerning and encourage one another to be about our Father’s business rather than our own self-interests. Hopefully, our choices reflect our devotion to Christ, not how much we resemble the world.

Beloved, I urge you as aliens and strangers to abstain from fleshly lusts which wage war against the soul. 1 Peter 2:11

Most in US say transgenderism OK

Miley Cyrus May Not Care But We Should

But Aren’t You Judging Me for Making a Judgment?
Not Ashamed of the Gospel: chapter 3, The Cost of Our Silence