By David Fiorazo on June 27, 2016 in Christianity in America, David’s Blog, Homosexuality 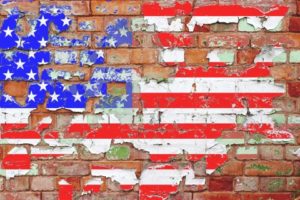 More sobering polls have emerged recently further proving America’s downward spiral. Our decline has been so gradual many of us did not notice – or did not want to notice – how the lines of acceptable behavior have shifted and the standards of morality have plummeted – even among professing Christians.

A friend of mine who works on several farms came over recently to help me get a nice garden started. He emphasized the importance of tilling the ground, fertilizing and possibly erecting a small fence to protect the garden. But even before starting the work, he evaluated the land in order to find the best location and soil.

Not only have we failed to protect our spiritual and national heritage, but due to a generally lukewarm church, America has been easy, fertile ground for enemies of God to cultivate, plant and water seeds of immorality. They have taken root and produced an abundance of what the Bible considers sin.

Barna’s new research shows 41% of “practicing Christians” think cohabitation is a good idea, and 48% live with or have previously lived with their boyfriend/girlfriend. Let that sink in a moment.

According to Gallup’s recent poll on what is morally acceptable to Americans, cohabitation is up to 65% approval. Next, divorce is at 72%, and birth control is up to 89%. If we think like liberals, that abortion is just another form of birth control, this latter number is not at all surprising. As Matt Walsh stated after the Supreme Court ruled against Texas abortion restrictions, “if leftists believe abortion mills are medical clinics, why don’t they want them to be treated (regulated) that way?”

You know the commandments, ‘Do not commit adultery, Do not murder, Do not steal, Do not bear false witness, Honor your father and mother.’

Sadly, truth and moral absolutes are now based on feelings, opinion, and what’s popular in culture rather than a fixed moral and ethical standard.

Those who think sex between an unmarried man and woman (fornication) is acceptable is now at 67%, and not surprisingly, homosexual sex is up to 60%.

In addition, the number of Americans who think it’s fine to have a baby out of wedlock has risen, from 45% in 2001 to 62% today. To me, this is a double-edged sword. Though sexual promiscuity is rampant, at least more women seem willing to choose life over abortion. It has been proven that as truth and medical facts about abortion are allowed and promoted, many more lives are saved!

There has been a radical LGBT agenda since at least the 1970s and Christians have helped pave the way by minimizing God’s covenant of marriage between one man and one woman through no-fault divorce, adultery, pornography, and fornication. God abhors all sexual sin.

How can Christians preach the gospel and shine in darkness when we have had so much sin in our own camp?

No wonder homosexuality is now accepted by a majority of citizens (up 20 points since 2001) and by some in the church. The problem is we have gone from loving our neighbor (which is biblical) to accepting or overlooking their sinful lifestyle (which is unbiblical) to flat out celebrating sin (sinning with them). What major city or state does not have a gay pride parade or similar event and public schools in which homosexuality has been normalized?

The LGBT hijacked rainbow is everywhere; but the current estimate of LGBT adults is around 3.9% pf the U.S. population and less than 0.4% are married to a same-sex spouse. This proves the left is definitely winning the war of words, gaining ground and swaying popular opinion.

One year after the SCOTUS decided to rebel against and redefine God-ordained natural marriage, less than ten percent (123,000 couples) have married a same-sex spouse. The way the media portrayed their plight you’d think the majority of LGBT people would have flocked to the courthouses and wedding chapels in America.

Apparently, marriage wasn’t the end goal after all; and the Left’s appetite for evil cannot be satisfied.

Truth be told, we all need our sins forgiven and I hope you’ve trusted Jesus Christ for salvation. He is Lord and the Bible is true whether we believe or not!

God has the ultimate veto power. As an evangelist, I don’t want any of those 123,000 couples to be surprised by this fact. All same-sex couples should realize that what they’ve entered into will never be recognized by God. As an evangelist, I want to tell every person that they should turn to God now and be saved.

I believe God is also calling a lukewarm church to turn back to Him and repent. Jesus is standing at the door!

Heart check: Is our faith strong enough to survive the massive tides of moral relativism, humanism, and secularism? It is vital we wake up as many soldiers of Christ as we can before time runs out. In order for us to be more influential in our culture, let’s get back to the basics of seeking first His kingdom, speaking God’s eternal truth and of course, living it ourselves. 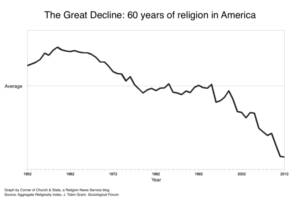 One Nation Under Apathy: The Devaluing of Human Life
But Aren’t You Judging Me for Making a Judgment?

One Response to Cultivating a Culture of Decay