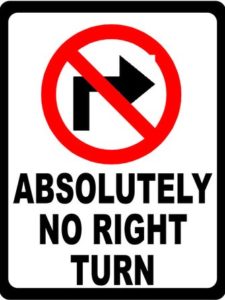 Some call it hypocrisy, others call it a double standard. I call it a sad sign of the times when those in society claiming to be tolerant fail to exercise the very tolerance they espouse.

Calling all truth defenders and proclaimers: report for active duty!

People generally do not hear both sides of religious and social issues reported by the liberal media. As a result, many are confused and uninformed about the most pressing, controversial issues being discussed today. What used to be known as common sense and reason are now buried under the lies of moral relativism.

Enter the “bathroom bill” aka HB2, the Public Facilities Privacy and Security Act.

March 31 was the “International Transgender Day of Visibility,” and DNC Chair, Debbie Wasserman Schultz made a statement about fighting “the discriminatory laws” of Republicans when our nation has worked so hard to “distance ourselves from the ugliest chapters in our history” regarding discrimination. Did she make a civil rights comparison with the plight of a transgender person not having a bathroom to call their own?

Actor James Woods was one voice of reason putting this in perspective when he tweeted:

The world is fighting Islamic terrorism, starvation, and disease, but Democrats are fighting for men to pee in the ladies’ room. #Insanity.

The Obama administration definitely took the lead by working to advance the LGBT cause and raise more awareness of the transgender issue by adding a “gender-neutral” restroom to the Eisenhower Building of the White House.

The president also had the audacity to salute the struggles of gay and lesbian Americans during his speech in Selma, Alabama, marking the 50th anniversary of an important civil rights march. LGBT issues are all about advancing behaviors that violate the morals and religious beliefs of many Americans, but is race a behavior?

Regarding North Carolina: there are over 21,000 convicted sex-offenders in the state; is it bigotry and discriminatory to protect women and children from them?

In an excellent article by Dr, Frank Turek, “Six Reasons North Carolina Got it Right,” he states:

Good laws treat all people equally, but not all of their behaviors equally. In fact, the very reason laws exist at all is because all behaviors are not equal and must be treated differently for the benefit of individuals and society… Are we to risk the safety of millions of women and children in public restrooms because an extremely small number of people are experiencing a mismatch between their psychology and their biology?

Who needs the truth when you make so much “progress” by ignoring the truth and engaging in the very bigotry and name-calling you claim to oppose?”

Bruce Springsteen and Bryan Adams cancelled their concert performances in the state, and even Ringo Starr said he won’t perform in North Carolina now, but he had no problems touring “anti-gay” Russia in 1998. I don’t have a problem with them refusing to perform based on their personal beliefs; I do have a problem with them saying a baker, florist, pastor, photographer, etc. cannot also deny service due to their personal beliefs!

Please tell me you see the double standard here. It is irresponsible, misdirected moral outrage.

The CEO of PayPal said they would no longer expand in North Carolina, but they won’t explain why their international headquarters is in Singapore, a country where homosexual behavior can lead to two years in jail.

What about corporations such as Apple, IBM, and Starbucks joining dozens of companies in warning North Carolina Governor Pat McCrory to repeal the bathroom safety bill? Why aren’t they also threatening to pull their business from Iran and Saudi Arabia where homosexuals are being murdered?

Starbucks actually caved to religious extremists in Saudi Arabia (where adulterers are beheaded and gays are imprisoned) to the point of changing its corporate logo so as not to offend Muslims with the image of the Mermaid. The same company replaced Christmas cups with “Holiday” cups, and a few years ago told shareholders to invest elsewhere if they believe in traditional marriage, saying:

Not every company decision is a financial decision… We employ over 200,000 people in this company, and we want to embrace diversity. Of all kinds.

The hypocrisy is blinding – just not to the entertainment industry and those on the Left controlling the media.

These businesses and corporations are free to do what they want – and we as consumers are also free to spend our money elsewhere.

Target was the first proud retailer to announce transgender employees and customers can now use the bathroom that corresponds with their gender identity, you know; however a person feels on a particular day. Almost immediately, the backlash began and in a matter of days, nearly 200,000 customers have signed a petition opposing Target’s move.

Bathroom practices being debated have been established throughout history as common sense, proper, moral, and practical. Suddenly however, we’re in a public uproar because a fraction of a fraction (0.3%) of the population decides to identify themselves different from how God created them, use a bathroom that does not align with their biological gender, and demand our compliance.

Rush Limbaugh rightfully stated this whole culture war is about obliterating morality. This battle has good people scratching their heads because they don’t know how to defend their position without getting shouted down.

Limbaugh said liberalism is determined to wipe out the concept of morality, believing that no one has the right to define it:

So something as simple as morality and right and wrong has now become politicized, and therefore illegitimate, ’cause you don’t have the right to tell somebody what’s right and wrong… “The only way they can win this war is by obliterating the concepts of right versus wrong, ’cause they are wrong, and they know it…

I wrote about this five years ago in Eradicate: Blotting Out God in America.

Less than a year after the judicial tyranny carried out by the U.S. Supreme Court in passing the landmark ruling that legalized same sex “marriage,” at least thirty-four states are now considering new religious freedom bills that would protect Christians and others from lawsuits and other threats.

Is it intolerant to pass legislation to protect American citizens who have rights under the Constitution?

Christian business owners, Dick and Betty Odgaard don’t think so. After a two-year court battle in which a gay couple sued them for discrimination, the Odgaard’s paid the fine and were forced to stop hosting weddings. After months of negative publicity, hate mail, death threats and loss of income, the Gortz Haus Gallery went out of business last year.

What do you call this if not intolerance, fascism, or liberal hypocrisy? Make no mistake; it won’t stop here unless people rise up in bold, loving, respectful protest.

How on earth did we arrive at this point in American history in which ambiguity trumps truth, sexual confusion is promoted, and God’s moral Law is no longer relevant?

First, though we have consciences, we must be reminded the heart of mankind is bent toward evil and desperately sick. We are without cure, sinful from birth and having no hope apart from faith in Jesus Christ for salvation.

Second, anti-Christian agendas have been implemented for many decades during which religious folks were comfortable and silent, failing to preach the gospel of repentance and speak the truth in love. Therefore, we’ve reached a tipping point in which political correctness refuses to coexist with religious freedom. Christians who do speak up and defend God’s Word are now called hateful, intolerant, or judgmental.

But what are we living for and who are we trying to please, God or man?

Today, we’re living with the consequences of Christians taking the path of least resistance. We cannot reverse the cultural decay, but we are here for this time in history to be the salt and light Jesus called us to be. He is the way and the truth, and the path is narrow. We must choose to pray for revival and stand up for righteousness and truth – even when taking a stand is unpopular.

Can Bruce Springsteen Refuse to Play a Gay Wedding?

Why corporations are wrong about the Mississippi law

Limbaugh: ‘Obliterating Morality Has Been What the Culture War is All About’ 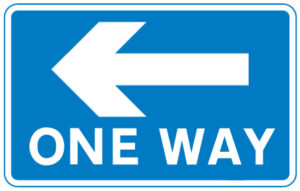 Americans Overruled: Judges Gone Wild!
But They Said It Wasn’t An Agenda!

2 Responses to When Tolerance is a One Way Street