By David Fiorazo on June 26, 2015 in Uncategorized 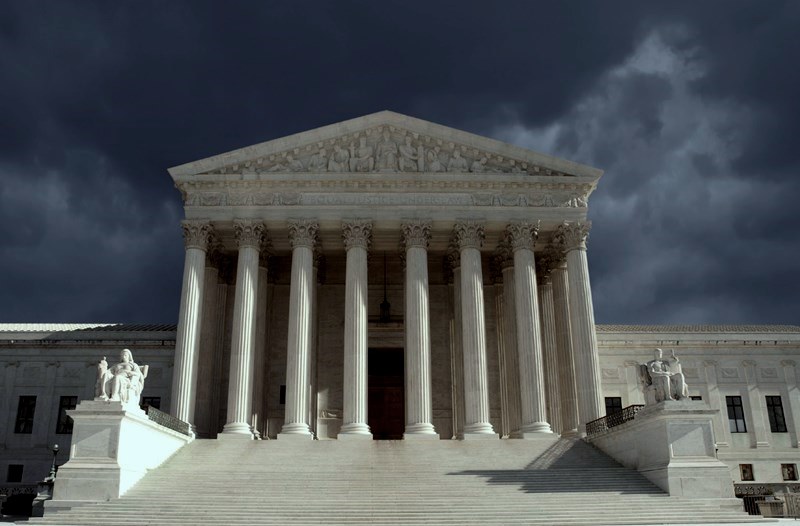 How should Christians respond? For those who believe the Bible is God’s Word, what should we do when laws are passed or upheld that go against our faith and conscience? Pray.

Not surprisingly, the Supreme Court ruled Friday that same-sex couples have a right to marry in all 50 states, a historic decision striking down gay marriage bans and defying nature, reason, and the Constitution.

With the Supreme Court issuing its second major decision upholding abortion funding in Obamacare, we have the choice to speak up or do nothing. Their decision in King v. Burwell rules that millions of Americans can receive taxpayer subsidies allowing them to purchase health care plans under the [Un]Affordable Care Act. Inconvenient pregnancy? No problem. American citizens will pay for your abortion.

Next up, no government declaration can change what God previously established.

It doesn’t matter that the majority of people oppose Obamacare and homosexual behavior. We are way beyond the point in America where government power trumps the will of the people. Moreover, it was wrong of Supreme Court justices Ginsburg and Kagan not to recuse themselves from this case seeing they gladly participated in same sex “marriage” ceremonies in the past.

You seem … to consider the judges as the ultimate arbiters of all constitutional questions; a very dangerous doctrine indeed, and one which would place us under the despotism of an oligarchy … Their power is the more dangerous as they are in office for life and not responsible, as the other functionaries are, to the elective control.

Jefferson was one of several who warned that the courts could gain power little by little, advancing like a thief “until all shall be usurped from the states.” We truly do not give America’s Framers and Founders enough credit for their wisdom and foresight.

When something good, moral, and biblical is eliminated or removed; something bad, immoral, and unbiblical often replaces it.

We as Bible-believing evangelical Christians are locked in a battle. This is not a friendly gentleman’s discussion. It is a life and death conflict between the spiritual hosts of wickedness and those who claim the name of Christ.

Opposition is guaranteed. Most of us understand that living our faith in public will attract resistance, ridicule, and even hatred. If we remember our struggle is not against flesh and blood (Ephesians 6:12), we will not take it personally when people come against us.

Religious leaders in America should now be bracing for a cultural and legal assault on churches, ministries, and religious schools. Non-profits holding to Christian values must prepare as well.

Our founders realized if sinful men violated their God-given parameters as well as constitutional limits of their office, government could become abusive. Since they established a system in which all three government branches were accountable to the people, they would be astonished today that the citizens the Constitution was written to protect have done little to resist the corruption, growth, and immorality of the United States government.

We are continuing to witness the consequences of Christians taking the path of least resistance (reminds me of the 1960s all over again). The world often interprets our silence as approval so we need to speak up about all sin and the need for repentance, and live the truth regarding marriage. We also must pray for a country that has turned its back on Almighty God, and for a lukewarm church in desperate need of revival.

Christ is our anchor and God never changes, however the stakes have been raised and the faith of true Christians will be tested. God is watching, and He knows those who are His.

Further reading:
Marriage: Ordained by God, Redefined by the SCOTUS

9 Responses to Judicial Tyranny and Dark Days in America