By David Fiorazo on April 23, 2015 in David’s Blog, Uncategorized 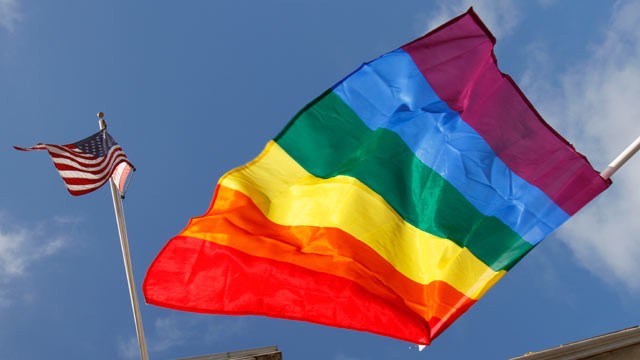 Who will ultimately decide the policy debate over marriage? On Tuesday, April 28, the nine justices on the US Supreme Court began hearing oral arguments regarding the definition of marriage. The consolidated cases came from the 6th Circuit Court of Appeals (MI, OH, KY, TN). We can and should pray, but we must realize the battle will not end with marriage regardless of what the Court decides. The full agenda is to uproot America’s moral anchors.

Will this pivotal decision be the Roe v Wade of marriage? Similar to that tragic turning point in our nation back in 1973, many of us believe redefining marriage is way outside the authority of government. It will only lead to a chaotic, genderless institution where anything goes including polygamy, pedophilia, cohabitation, open marriages, and other societal problems. Why change what has worked for centuries?

The burden should be on those suing to overturn lawful marriage policy that has existed throughout the history of the United States. Can they successfully prove male-female marriage laws are unconstitutional? The truth remains unchanged; marriage will always be a God-ordained, monogamous relationship between one man and one woman. It precedes kings, judges, and civil government.

American citizens have voted in favor of protecting natural marriage in a majority of states, but in 26 of those, federal judges have overruled the people. This is not only unbiblical, it is against the Constitution and a far cry from our founders intentions that power rests with the people.

This very recent debate over marriage is essentially an argument between men over politics; but for those of us who are Bible-believing Christians, the matter was settled thousands of years ago. Confirming God’s design for marriage in the book of Genesis, Jesus Christ stated:

“Have you not read that He who created them from the beginning MADE THEM MALE AND FEMALE, and said, ‘FOR THIS REASON A MAN SHALL LEAVE HIS FATHER AND MOTHER AND BE JOINED TO HIS WIFE, AND THE TWO SHALL BECOME ONE FLESH’? So they are no longer two, but one flesh. What therefore God has joined together, let no man separate.” (Matthew 19:4-6)

But our society is no longer going God’s way. There are even some churches and religious leaders that have endorsed homosexuality and same-sex unions. When those who profess Christianity accommodate sinful behaviors and lifestyles, it muddies up the truth and leads to further cultural confusion.

We sometimes forget the authority of God’s Word which never changes, and the fact marriage is sacred and foundational for healthy families and societies. It also goes without saying marriage based on natural law is necessary for procreation.

The Left has used lies and massive deception to call evil good and good, evil (Isaiah 5:20). They have succeeded in convincing many who are uninformed to drift from belief in our founding principles and history. Their goal is not only to redefine marriage, but to reform America into a godless, secular, pagan culture with no moral accountability.

Even though there is evidence of same-sex behavior and relationships throughout history including pre-modern times, individuals or groups identifying as gay cannot be found in any society prior to the 19th century. Though the marriage debate is well known, the facts and truth are not. Those who demand cultural or political change based on a modern social construct apparently don’t know much about history.

Increased sexual activity, especially homosexuality, seems to flourish in nations that have experienced an increase in materialism and standard of living without any comparable increase in moral convictions or spirituality. In America, identifying sexual orientation and preference seems logical to some because we now live within the system a conforming culture created.

Let’s flip the discussion for a moment. Why do you suppose there are no classifications of “heterosexuals” in the Bible or in past societies? Historians believe there was no heterosexual orientation simply because it was not necessary! Natural law, reason, common sense, and conscience all support marriage and heterosexual relationships.

The question is not necessarily whether the Supreme Court will overturn the biblical and historical definition of marriage. The question is how will committed Christians respond if the Court does redefine marriage? Will most of us continue in our silent compliance or will we choose to engage. This just may be the wake-up call the church in America needs.

Your Politics are Literally Killing Us
He Forgave the Shooter

3 Responses to Marriage Ordained by God, Redefined by the SCOTUS?