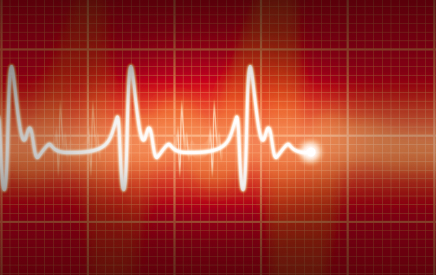 Most of us can see the writing on the wall: our nation will either return to God and He will heal our land, or we will do nothing and remain on the present path to destruction. It depends on the course individual Christians choose. Sadly, too many profess to believe, but fail to live according to the Bible. Only the Lord knows if they were truly saved in the first place.

I have never seen so much moral and spiritual confusion even among Christians. If we are not established in the Word of God and a preserving influence on culture, how can we expect it to improve? Proverbs 14:34 states,

“Righteousness exalts a nation, but sin is a reproach to any people.”

Many of America’s founders promoted or supported the idea our nation will only advance, be blessed, and prosper if we the people continue in the things of God and if we actively and intentionally influence every aspect of society – including politics – for Christ.

This country began with sure footing on the eternal Rock of Jesus Christ and His teachings, but the question is raised in Scripture,

“If the foundations are destroyed, what can the righteous do?” Psalm 11:3

As some chip away at America’s foundation, are we forgetting the God who once made us an exceptional nation?

Al Whittinghill of Ambassadors for Christ, International, pointed out the fact twenty-one of the last great empires on earth all showed the same common signs of decline just before they dissolved and disappeared from world history.

The Social Symptoms: 1. An increase in lawlessness and promotion of the wrong people. 2. A loss of economic discipline and self-restraint; greed. 3) Rising government taxes and regulations, and a growing bureaucracy. 4. A decline in the relevance and quality of education.

The Cultural Symptoms: 1. An increase in materialism and selfish luxury. 2. The weakening of the foundational principles that built the nation and made it great. 3. Policies based on feelings and not moral discipline. 4. A loss of respect for established authority.

The Spiritual Symptoms: 1. A rise in immorality and perversion. 2. The lure of alien gods and the exaltation of man. 3. A decline in the value placed on human life as evidenced by abortion, brutality, loss of natural affection, and lack of care for the elderly.

The de-valuing of life is just one heartbreaking symptom. Research reveals that twenty percent of women who have had an abortion, a staggering 200,000 a year, identify as Christian. Though they are hurting and suffering, most of them will never reveal their secret pain.

Sins often beget other sins. Accepted in society today; adultery, coveting, promiscuity, and pornography can all lead to pregnancy which too often results in abortion. In our culture of death, over 57 million lives have been eliminated since 1973. We are out-sinning nations long gone.

America has been corrupted and compromised by minions within the usual suspects: Government, the media, Hollywood, the education system, and practically anything with “Federal” in its name. Moreover, the minions: anarchists, atheists, communists, progressives, and socialists, are not even trying to hide their agenda any longer.

Enemies within have been grinding America down, and we have allowed deadly symptoms including moral decay to metastasize. How many more warnings do we need before we drop to our knees, turn from our wicked ways, and live as if the Bible were true? It is. Will it take a major terror attack, an economic collapse, or perhaps more government tyranny? We must not give up hope or merely pray from a distance.

With backs up against the wall, more citizens seem to be returning to God, fighting for truth and freedom, and working to raise awareness. The gospel must be preached and people must repent! You and I are here for this time in history and since we are on the winning side, God’s, we need to fully commit to and engage in the battle for righteousness because the clock is ticking.

NEW BOOK: Save $5 per copy – order The Cost of Our Silence this week!

4 Responses to Symptoms of the America We Deserve?