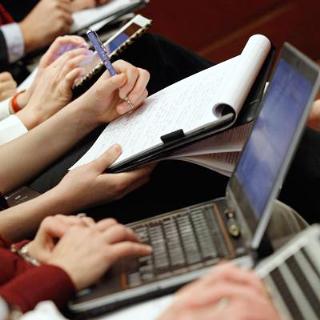 According to a Gallup Poll in September of 2011, only 44% of people say they trust the American media[i]. When it comes to bias, only 36% say the media is not biased.

One of the most revealing polls during the 2008 Presidential election was a Rasmussen poll finding that by a margin of 10-to-1, the public said that reporters ‘T

ried to Hurt [Sarah] Palin’. I will never forget how the media treated a woman who did absolutely nothing to deserve the vitriol and character assassination they displayed toward her. It exposed the pure hatred toward a pro-life Christian conservative by elite liberals in the media and by many in the Democratic Party. Ten to one! They showed their true colors and embarrassed the journalism profession. Reporters are not supposed to have an agenda one way or the other but today’s news is being delivered through a progressive filter. Do we honestly expect the media to report fairly when they vote for Democratic candidates 94% of the time?

One thing that is slightly encouraging to me is that every day it seems that more and more people are getting the majority of their news and other information from the Internet through a variety of sources and web sites. With an average of just eight percent (8%) of journalists identifying themselves as conservative, I have a theory about why so many people in the media are liberals or oppose Christianity. One obvious reason is that they are simply trying to fit in with those they rub elbows with and I’m sure they want to please their bosses. It is also partly due to the fact that since grade school, kids form their opinions and world views while learning from mostly government-controlled curricula. The result is liberal indoctrination and for those youth who go into journalism, they are simply a product of their environment.

It is simply naïve to think that the majority of today’s news media deliver important stories with no underlying opinion or without liberal bias. Witnessing what media minions did to Sarah Palin in 2008 compelled me to start writing regularly. I believe that the media is not even trying to cover up their liberal slant any longer. The press that used to be watch dogs have become lap dogs. They were supposed to hold government accountable, but who is holding them accountable? Journalistic ethics and standards are a thing of the past and we will address this important issue in two fact-packed, truth-filled chapters on journalism and media in my book ERADICATE: Blotting out God in America. We’ll reveal why Christians should be aware, informed, and concerned.