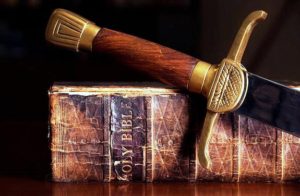 We will never shut down our churches again! This is what hundreds of pastors from across the country are saying because of how American churches were declared nonessential and treated unfairly when the Rona broke out a few years back.

Some pastors are recruiting other church leaders to sign a document promising to keep their churches open the next time government tries controlling worship or shutting down services. It’s called the Acts 5:29 Statement.

I recently interviewed a few of these godly men who are leading the cause and they all agree: there’s a time to preach and a time to fight! Pastors Bill Cook from Virginia and Stephen Mannion from New York were on Stand Up for the Truth podcast last month discussing a new movement to get church leaders in the U.S. to commit to serving the people, equipping the saints, and keeping their doors open.

These men and other bold pastors declare the government violated the U.S. Constitution during the pandemic by ordering churches to close, and then by limiting where and how-many people could attend services.

Hebrews 10:25 encourages believers to stir up one another and to not forsake meeting together. In other words, keep gathering, keep assembling, keep preaching,  and do the work of the church in your community.

To provide more context, the First Amendment of the U.S. Constitution states:

Congress shall make no law respecting an establishment of religion or prohibiting the free exercise thereof; or abridging the freedom of speech, or of the press; or the right of the people peaceably to assemble…” [emphasis mine]

Rev. Bill Cook is founder of America’s Black Robe Regiment, an organization of politically active Christian pastors dedicated to preserving “the Blessings of Liberty.” He and Stephen Mannion, pastor of Faith United Methodist Church in Lancaster, N.Y. drafted the statement based on Acts 5:29.

In early church days in Christian history, the Jewish leaders in Jerusalem used their political power to arrest the apostles and demanded they stop preaching about Jesus and His resurrection.

But Peter and the apostles answered, “We must obey God rather than men.” Acts 5:29

Stephen Mannion said this movement of American pastors is a warning to a secular government to not try closing the Church again. “It won’t go so well next time.'”

You might think this is not a big deal, and you may even think churches should be safe rather than sorry. But let’s recall what happens when people who are lost, hurting, afraid, depressed, or worse – and have no place to go for help, prayer, encouragement, or healing.

We saw dramatic increases in fear, isolation, and anger, alcohol and drug use including deaths associated with these factors. Depression skyrocketed and suicide rates spiked to record highs, claiming more than 186,000 lives in America alone.

In a recent interview with TheBlaze, the pastors explained how the government overstepped its authority during the pandemic. Mannion stated:

“Bodily autonomy and parental rights [were] often stripped away, livelihoods were lost, dedicated service men and women were forced to retire or be cut from our armed forces, students were robbed of an education, and all for an infection fatality ratio (IFR) of much less than 1%.”

He’s referring to the fact in the first “wave” of the pandemic, estimates of the overall COVID-19 IFR ranged from <0.01 to 2.3%. When combining estimates across studies, the reported overall estimate was 0.68%.

And what about the double-standards and hypocrisy of secular government allowing so-called “essential” businesses to remain open such as abortion clinics, bars, hardware stores, grocery stores (which I understand) or gas stations. But what about corporations like Walmart which kept stores open and often had hundreds of people scurrying around at a time?

By the way, no one forced people to go to church, but services were called “super spreaders.”

Our nation needs good churches open because, as Mannion rightly stated, “The soul is of infinite more value than the body;”

It’s interesting the inspiration for the Acts 5:29 Statement came in part from another pastor I spoke with earlier this year, James Coates of GraceLife Church in Edmonton, Canada. James Coates was imprisoned for keeping his church open and co-authored a book called “God vs. Government.” The book explains the Bible’s teaching about submitting to government, provides context, and recounts efforts to defy lockdown orders in Canada and the U.S.

Part of the Acts 5:29 Statement reads:

“…we reject any Presidential or gubernatorial decree requiring us to disobey the word of God. We will resist any attempt by a Federal, state or local official to restrict or prohibit the free exercise of our Religion or place restrictions thereon.

…we affirm our submission to lawful civil authority as instituted by God himself; but when rulers exceed the scope of their Constitutional and God-given authority, they act contrary to their office and the public good and effect the ruin and misery of society.”

Their goal is to get 5,000 signers and to then send the document to local, state, and federal government officials.

Jesus also said this about Christians being a blessing and lights:

A city set on a hill cannot be hidden; 15 nor do people light a lamp and put it under a basket, but on the lampstand, and it gives light to all who are in the house. 16 Your light must shine before people in such a way that they may see your good works, and glorify your Father who is in heaven. (Matthew 5:14-16)

It’s clear to see fear is off the charts today, but believers must take heart, we have not been given a spirit of fear!

The gospel is the power of God unto salvation (Romans 1:16) and must not be kept behind church walls! The church must be the church and not be silent. True believers must do the work God called us to do – even in the face of discrimination, hate, intolerance, and persecution.