Socialists in Washington voted and passed the so-called “Inflation Reduction Act.” But we must look deeper into what these bills do and the motives behind those supporting it.

Claiming to reduce inflation and rising costs by spending billions of dollars, they’re essentially raising taxes on American citizens – during a recession! In another partisan power-play, Marxists, Democrat progressives, and useful idiots came together to give even more power to the federal government and the IRS.

What do you think they’re going to do with so much more power at their disposal?

Once again, VP Kamala Harris cast the tie-breaking vote, and that always spells bad news for most Americans. The bill was passed to the applause of big government spending advocates, and one of the concerns about the bill is the effect it will have on low and middle-income Americans. A more appropriate title is the ‘Inflation Enhancement Plan.’

First, as $80 billion will be allocated to the IRS, we can expect audits to increase. For some reason, liberals and progressives aren’t as concerned about being audited.

In addition to unleashing an army of IRS foot soldiers, recent job postings describe some requirements to work for the new IRS, but one stands out the most: agents must “carry a firearm and be willing to use deadly force, if necessary.” But there’s more: “The IRS agent must also ‘Be willing and able to participate in arrests, execution of search warrants, and other dangerous assignments.’

Lest you think this is just another conspiracy theory, it has been verified that in just a three-month period (March 1 – June 1, 2022), the criminal division of the IRS ordered $696,000 in ammunition.

A militarized Democrat wing of government prepared to use deadly force against fellow citizens. How much of this has to do with taxes?

According to the Daily Signal:

The Democrats’ 755-page bill increases green energy subsidies, expands the IRS, and enacts other initiatives long sought by the left, and authorizes $430 billion in new spending. That’s supposed to be offset by $740 billion in new revenues from tax hikes and increased enforcement that includes the hiring of 87,000 additional IRS agents to conduct audits and seek tax liens.

Patting himself on the back, Senate Majority Leader Chuck Schumer boasted that the bill is “one of the defining legislative feats of the 21st century.” He also claimed the bill “reduces inflation, lowers costs, creates millions of good-paying jobs, and is the boldest climate package in U.S. history;” And they’re proud of this monstrosity?

On top of rising costs, purposeful political and social division, moral relativism on steroids, censorship of conservatives, young children injected with shots, a tyrannical administration, and communist-style propaganda being disseminated by the One-party media, big-tech conglomerate, Democrats are also lying about their socialist policies and what matters to Americans.

An overwhelming majority of families could care less about a bold climate package, especially one costing us hundreds of billions of dollars. It boggles our minds why so few lefties in D.C. ever ask the questions, ‘who’s going to pay for all this, what are the long term effects, and is it absolutely necessary?’

Experts suggest the spending bill is a scaled-down version of ‘big-government’ Biden’s signature Build Back Better globalist plan. And this new version includes Obamacare premium supports. Some warn this legislation would make the IRS larger than the Pentagon, State Department, FBI, and Border Patrol combined!

But a primary concern is the IRS is beefing up to come after more of us. Expecting the O’Biden IRS to target Christians and conservatives, the Washington Stand reports,

Just last week, 40 House Democrats … sent a letter to the IRS commissioner asking them to look into Family Research Council’s nonprofit status, because they don’t like our politics. These kinds of misinformation-fueled investigations of conservative groups and of conservative individuals causes a lot of concern.” 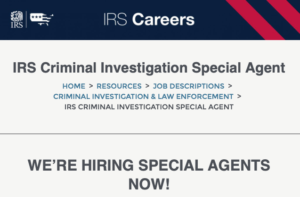 Various sources report that out of the projected 1.2 million new audits the IRS will conduct each year, over 710,000 (nearly 60%) will fall on Americans who earn less than $75,000 per year. Did Joe Biden lie or was he unaware of what was in this bill? Likely both. It’s almost certain that the highest number of audits will target the poorest Americans, the ones unable to fight unfair claims.

These policies are part of a big government, anti-American agenda that includes weakening the economy, families, and increasing discrimination and double standards leading our culture to slide even further into delusion, rebellion, and godlessness.

And sadly, the sobering reality is we have allowed it to happen – along with our parents, grandparents, and great grandparents.

How? Either we’ve been too busy to notice the warning signs and recent trends, we’ve been (willfully?) ignorant, or we have become too Americanized – pursuing happiness and our best lives now as we’re entertaining ourselves into the rut of escapism.

As I reported in 2015, the Obama/Biden Justice Dept. used the IRS as a bully pulpit to punish their political opposition. They denied non-profit status to various Christian and conservative groups prior to the 2012 presidential election – which helped Barrack Obama, of course.

How do you think the left will use the IRS after they add agents and resources?

Why wouldn’t the power elites running the country and Joe Biden take it up a notch now that everything is out in the open? They’re not even hiding their intentions any longer.

Be reminded about the alleged computer crashes at the IRS during the Obama/Biden/Lois Lerner regime causing employees to somehow lose internal emails. IRS employees were under federal investigation in a case involving the targeting of conservatives.

I wrote at the time:

“More than twenty IRS employees conveniently had their computers crash which caused the suspicious deletion of, or the loss of emails as well as hard drives. (Apparently, only conservatives and Republicans in government agencies are required by law to back-up their data on external hard drives.)”

It has been documented. The IRS placed holds on the processing of hundreds of applications for tax-exempt status from organizations known to be conservative!

Think about how this impacts people voting and elections across the country. How? By limiting the ability of conservative or Republican groups to acquire non-profit status and freely campaign and mobilize for a cause or candidate. The IRS monitored conservative groups and activities, their websites, and other publicly available information.

Still not concerned about this administration weaponizing big government?

A key takeaway from previous IRS corruption is that eighty-three (83%) of the nonprofit groups they targeted in 2014 and flagged for IRS Surveillance were conservative. Plus, American citizens who donated money at the time to tea party-affiliated groups were audited ten times more than average Americans. Are you starting to understand?

Regarding audits, this is what we also learned about Democrats in power: out of all the groups the IRS selected for audit during that time, 100% of them were conservative!

Why is all of this happening now? Is it to distract from the weaponization of the FBI and its unjustified raid on a former President, Donald Trump in Mar-a-Lago? Of course it’s political. Are they manufacturing a smokescreen leading up to the next health crisis or the Midterm elections in November?

I think we’re catching on. Does it seem like liberal Democrats and progressives in power are above the law? One of my favorite thinkers in our time is Professor Victor Davis Hanson of the Hoover Institution. He recently spoke about Democrat hubris, saying:

They’re afraid in the short-term, but long-term they believe they’re morally superior to America and therefore any means necessary or justifiable for their morally superior ends. Right now, we don’t have the rule of law in Washington. Whether you’re targeted or exempt depends on your ideology.

Whether or not you’re targeted depends on your ideology. This is communist policy. This is the epitome of calling evil good and good, evil while those who reject God and truth think we should be punished or silenced because they’re “morally superior.” This is part of what gives many leftists justification. Let that sink in.