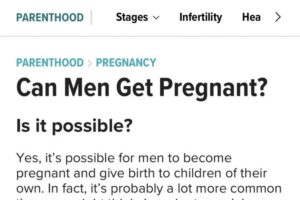 This godless rebellion against Truth and sexual revolution will not stop – unless many more American citizens take a stand for truth. And even then, they will still not relent pushing their demonic agendas. What are we talking about this time?

In North Carolina, a preschool teacher used LGBT flashcards depicting a ‘pregnant man’ to teach kids the colors in the progressive pride flag. Preschool. Next, the homosexual group GLSEN, (Gay Lesbian and Straight Education Network) has sent books to 3,600 public school libraries in 28 states; using the wrong pronouns can now get children suspended at some schools, and World Swimming Coaches may create a separate ‘transgender’ category to keep men from competing against women.

We could do this all day (cite countless headlines and disturbing stories once thought impossible in the U.S.), but I think you get the idea.

Most Schools are out for summer across the U.S. but that doesn’t mean kids are safe from hyper-sexualized, perverse propaganda or that damage has not already been inflicted on unsuspecting children. After all, it is ”Pride month.’ (As if we’re not bombarded by LGBTQ propaganda all year long.) Let’s start with the ‘donated’ books.

It appears GLSEN has been riding the coattails of the divisive race movement by pushing as many characters of color as possible. That makes it okay for these books to be accepted and included in schools since they fall under “diversity, equity and inclusion” goals.

They call it the “Rainbow Library” but of course, their version of celebrating a rainbow is not a blessing and covenant from God but the opposite—defying God’s word by confusing and corrupting impressionable children about gender and homosexuality.

And yet, too many professing Bible-believers play along.

I’ve been warning Christian parents about this for years because not enough really understand what is going on at the schools their kids attend. When they see proof it’s been going on, many of them are “shocked!” Others may hear a report about some of these issues, but the response is all too common: it may be happening ‘out there’ somewhere, but it’s not at my son or daughter’s school in our small town. This is a form of denial or an unwillingness to take the time to address the problem.

Just recently the Kiel, Wisconsin area school district filed a “sexual harassment” complaint against three eighth-grade boys for not using the preferred pronouns for another student. Population of Kiel? Under 4,000.

You might say these stories are rare cases, but the agenda is in fact spreading like a cancer and too many children are seriously confused, deceived, and suffering. Suicide attempt rates are skyrocketing. A sane person would ask why educators would be against parental input, or against giving parents the option to opt out their child due to “age-inappropriate classroom materials.” Shouldn’t parents be the ones to teach their own children about sex – and decide when to do so?

The North Carolina preschool that used flash cards featuring LGBTQ themes to teach kids colors and included a card with a ‘pregnant man’ is just more proof the problem is worsening.

I refer to Romans chapter 1 quite often. The God of creation is being mocked and His wrath is being revealed from heaven against the godlessness of wicked people(Rom. 1:18). But the next part is what I find spot-on for today. Romans 1:18 also says they “suppress the truth” by their wickedness.

Truth is being attacked, denied, and suppressed to a large degree by the perversion and depravity being proudly lived out and pushed on children in these last days. God is not shocked and neither should we be. So is judgement coming or is it here? I believe it’s both.

Most of us know that the transgender “T” in LGBTQ, was custom-built into the agenda decades ago. The left waited patiently for the right time and then unleashed culture-wide chaos.

You can thank Oprah for promoting the fiction of the world’s first so-called “pregnant man” in 2008. You can thank the Obama Biden administration for getting government behind the evil. You can thank Caitlyn Jenner for changing his name from Bruce and becoming a spokesperson for the trans community.

You can also thank Hollywood, government schools, mainstream media, big tech, and of course, the Democrat Party. The perfect storm of chaotic conditions has opened the door for the rollout of rebellion we are seeing in our former Republic under God.

The groundwork for this agenda was prepped long ago. Three examples on the LGBTQ timeline include Christine Jorgensen, a trans celebrity in 1952 as the first American to have a “sex change.” In 1966, physician, Harry Benjamin published The Transsexual Phenomenon and outlined how people could “transition” medically. And in 1972, Sweden became the first country to legalize “gender reassignment” surgery. (For an extensive timeline, see pp. 45-50 in my book, Redefining Truth.) 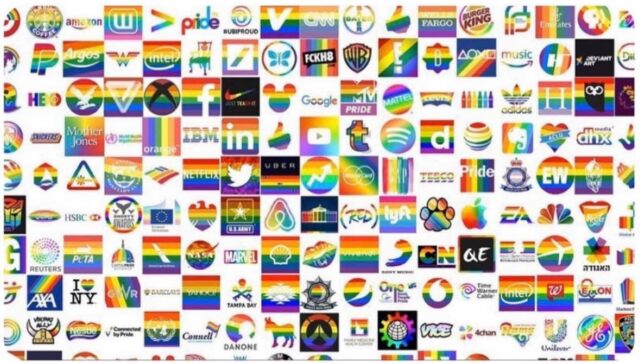 The fact children are being bombarded by this insanity is bad enough, but the response by adults has generally been anywhere from confusing to accommodating to celebrating sin. Many woke corporations have jumped on the transgender locomotive (a locomotive accelerates quite a bit faster than a ‘bandwagon’ and also has more force and power behind it) as you’ve likely seen in TV commercials, children’s cartoons, social media, pro sports leagues, and more rainbow-pride products in grocery stores.

Over in the sports world, the World Swimming Coaches Association (WSCA) laid out a proposal recently in regards to addressing the issue of transgender swimmers. Their solution? Create a separate division for trans swimmers.

It seems few are willing to stand up for the truth, biology, and science, let alone God’s word – which for believers should be enough.

Cancel culture has produced much cowardice. It can be intimidating and it is understandable people don’t want to lose their livelihood or be attacked in some way by corporate or big tech bullies and gay mafia. But caving in to the lies including the mantra of ‘live and let live’ sadly helps advance demonic agendas and cultural Marxism.

Don’t people realize the Left is pushing this garbage down our collective throats? True, not everyone on the left believes a man can get pregnant or a boy can “transition” into a girl, so why are they on the side of the delusion?

We’ve lost our foundational morality and spiritual moorings as a people.

In the book Live Not By Lies, author and senior editor of The American Conservative, Rod Dreher warns about rising soft totalitarianism and “social justice” ideology. Concerned that Americans do not recognize signs of communism in our country, he also explains why the Left requires the eradication of Christianity:

“The Western world has become post-Christian, with large numbers born after 1980 rejecting religious faith. This means that they will not only oppose Christians when we stand up for our principles – in particular, in defense of the traditional family, of male and female gender roles, and of the sanctity of human life – but also they will not even understand why they should tolerate dissent based in religious belief.”

If we disagree and argue from the starting point of a biblical worldview, they see us as an obstacle in the way of progress. We are delaying their utopian vision.

This has led to one of the saddest realities that reveals our ideological divide. We think we might reach a few on the Left with respectful dialogue and open exchange of ideas while they think we must be shut down and censored. We see them as being wrong; they see us as being evil.

And yet, they’re the ones going after young children, the most innocent and vulnerable, and succeeding by reaching them and tragically, recruiting them to their cause.

There is always some good news. Jesus is returning and He will make all things new! Also, for what it’s worth, the church is still here, Americans are still free at the moment, and more people seem to be waking up.

The homeschooling movement is also booming like never before as more concerned parents find out what their kids are being taught or how the government school environment has become caustic, hostile especially toward Christians and conservatives. More school board meetings are being attended by fed-up moms and dads, and more people finally see the awful results of Democrat policies and understand that elections can have detrimental consequences.

Barring a miracle of God, is this enough to ‘reclaim’ our culture or the corrupted, hijacked education system? Absolutely not – they are beyond redemption. But it’s a start. A historic, nation-wide revival, though highly unlikely, is also a possibility.

Bottom line: Truth wins, Jesus never changes, the gospel is always worth preaching, and children are always worth protecting – no matter where we find ourselves in history.