It’s not exactly a newsflash that Disney has massive influence and has gone gay, woke, and politically correct, but many families across the country have no idea that behind the scenes, Disney’s depravity and moral decline have been going on for decades.

There is overwhelming proof that Disney leadership has been openly and rapidly pushing LGBTQ+ indoctrination and woke programming. And because kids are its target audience, the multi-billion dollar corporation has opened itself up to anti-family agendas and child-predator problems. We’ll get to that. 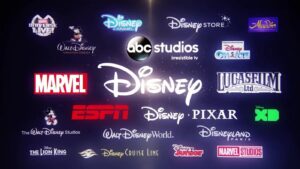 Disney’s power and its tentacles have not only flown under the radar for years, but they have poisoned countless young minds to reject God and the biblical worldview while accepting homosexuality, discrimination against Christians, and witchcraft for starters.

To list the companies owned by Disney is quite the undertaking, but here are some of the ones without ‘Disney’ in their name: ABC, ESPN, Touchstone Pictures, Marvel, Lucasfilm, A&E, The History Channel, Lifetime, Pixar, Hollywood Records, and more.

What about recognizable brand names owned by Disney? Here’s just a sampling: Star Wars, The Muppets, The Marvel Cinematic Universe, Disney Princesses/Princes, The Chronicles of Narnia Franchise, The Pirates of the Caribbean Franchise, Pixar Films, The Winnie the Pooh Franchise, The Indiana Jones Franchise, Grey’s Anatomy (and other popular ABC shows).

How massive an entity is Disney? It’s almost its own country. Since 1967, it can pretty much do whatever it wants, similar to a state government. According to Liberty Council founder, Matt Staver, Disney is basically their own governmental entity,

Being “self-governing,” they have enjoyed special treatment from Florida’s legislature for decades, but now they openly assault American values. Matt Staver is right. If Disney wants to vigorously oppose Governor Ron DeSantis and get into the political lobbying business, go against decency and family values, then they shouldn’t get special treatment.

Disney execs have openly admitted they are grooming young children and this alone should concern parents. The company now gloats about intentionally placing LGBTQ narratives into movies, cartoons, and storybooks. Now do you understand why they are so rabidly against legislation protecting public school kids?

Disney is waging war against the Parental Rights in Education law – which is the actual title, but the bill is known to the far left (and uninformed Americans) as the “Don’t Say Gay” bill. The law bans teachers from talking to 4-year-olds about sex.

“classroom instruction by school personnel or third parties on sexual orientation or gender identity may not occur in kindergarten through grade 3 or in a manner that is not age appropriate or developmentally appropriate for students in accordance with state standards.”

The fact Disney executives and employees would have a problem with protecting innocent school children speaks volumes, especially for a company that people think embraces children. They do however, work with and embrace a Chinese Communist Party that violates human rights and promotes anti-Christian worldviews.

ESPN is owned by Disney. During ESPN’s broadcast of the Women’s NCAA Tournament, Carolyn Peck and Courtney Lyle remained silent for two minutes in opposition of Florida’s bill protecting children. They declared, “There are things bigger than basketball” and explained that, “Our LGBTQIA+ teammates at Disney asked for our solidarity and support.”

And it that weren’t enough, Disney is showing more hypocrisy by crusading against the Florida state law while at the same time, expanding programming access in the Middle East to nations that have strict laws and often severe punishments against homosexuality. The countries include Algeria, Egypt, Libya, Morocco, Qatar, Saudi Arabia, and Yemen.

Thanks to the work of journalist, Christopher Rufo, some leaked footage emerged of an executive producer for Disney Animation bragging about her “not-at-all-secret gay agenda.” Latoya Raveneau admitted the company has already has been pushing hard to insert more LGBTQ characters. 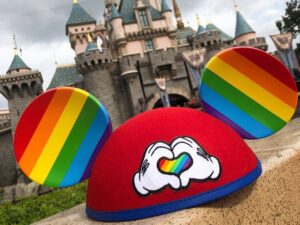 She said that wherever she could, she would “add queerness,” such as gay characters kissing in the background, and emphasized the fact no one at Disney tried to stop her. They seem to have bought into what is known as Queer Theory, a tool, or more accurately, a weapon used in the revolution of cultural Marxism many of us have warned about.

The new video from a Walt Disney Company meeting shows top executives vowing to increase the number of LGBT characters in Disney productions.

The progressive elites called the meeting series, “Reimagine Tomorrow.” It sounds like something right out of the World Economic Forum and Klaus Schwaub’s “Great Reset” agenda. One of the featured speakers Disney brought in was Ibram X. Kendi to teach how to be an “anti-racist” and push the worldly philosophy of critical theory under the guise of Diversity, Equity, and Inclusion (DEI) initiatives within the corporation.

Next, Disney corporate president, Karey Burke, went so far as to say Disney wants more than 50 percent of its characters to be LGBTQ and racial minorities. (read that again1)  She smiles as she proudly describes her two LGBTQ+ kids and says her colleagues at Disney want to be part of “ground-breaking LGBTQIA stories…”

Pray for her and her children that God would get through to them with the truth. She should feel broken, not proud of being “the mother [of] one transgender child and one pansexual child.”

So it’s no surprise that in order to guarantee “LGBTQ+ awareness content is available for children,” Disney creators chose to restore a lesbian kiss in the upcoming animated film, Lightyear. Remember Buzz Lightyear from Toy Story? It used to be that Disney was once family-friendly.

The Joe Biden White House is also pushing this demonic worldview. Biden recently claimed that trans people are “made in the image of God.” The O’ Biden administration has endorsed sex-change operations on teenagers who pretend, I mean, “identify” as another gender.

Democrat Press Secretary Jen Psaki also declared that banning sex and gender conversations until the fourth grade is “discriminatory.” She calls laws protecting young children “horrifical” and a form of “bullying.” This reveals a sobering and tragic fact: our nation is now at a point in history where evil never sleeps and the Left thinks it’s bullying to ask teachers not to talk about transgenderism and homosexuality – in kindergarten!

The next and more disturbing part of this story pulls back the curtain on Disney’s child predator problems and how the LGBTQ-approving media covers it up. Here’s a quick example, hat tip again to Chris Rufo:

In 2014, CNN did a six-month investigation on Disney’s child predators and recommended more sting operations to catch “so many more sexual predators.”

In 2022, CNN now says that mentioning *this exact problem* is a conspiracy theory from the “QAnon factor.”

Rufo wrote an article for City Journal exposing the fact Disney theme parks have had a long-standing issue, unknown to the public, with child predators gaining employment and exploiting minors. Even after the 2014 report mentioned above, Disney saw a steady stream of “employees caught in the dragnet for child predators.”

Disney employees have been arrested, three in a sting operation in Orlando. Others have committed sex crimes using the Internet, child pornography, and as recent as last month, four more Disney workers were arrested in another sting operation exposing “human trafficking, child predators, and prostitution.”

Let’s be fair. Most employees work at places such as Disney for a stable job, but the sad truth is wherever you find children, you’ll find sexual predators.

If a corpse could roll-over in its grave, Walt Disney would flip if he knew what’s happening today within the enterprise he created. Walt was a man who seemed to believe inspiration comes from God, and that religion is necessary to maintain a proper balance in life. 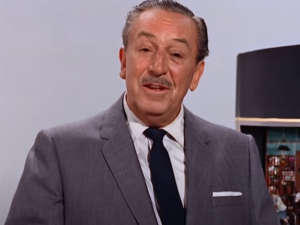 In an interview, Walt Disney once stated,

“All I ask of myself is to live a good Christian life and toward that objective I bend every effort in shaping my personal, domestic and professional activities and growth…”

I wonder why his family has accepted the company’s godless ideologies today.

According to the Washington Times, many of Walt Disney’s descendants defend all things LGBTQ. Roy Disney, the grand-nephew of Disneyland’s founder, has a transgender child and opposes Florida Gov. Ron DeSantis and made a fundraising pitch for the radical Human Rights Campaign. Roy Disney’s grandfather founded the company with his brother Walt, but said he is “heartbroken” over the idea government school teachers could not share about sex and gender identity issues with young children.

Abigail Disney, the great niece of Walt Disney recently declared laws protecting children in schools are “backwards.” In other words, the majority of sane American families are on ‘the wrong side of history.’ These examples should tell us all we need to know about Disney’s family alive today who apparently have abandoned the original vision to conform to the times.

When you walk into one of the Magic Kingdom theme parks, there is a plaque featuring a Walt Disney quote that reads:

“Here you leave today and enter the world of yesterday, tomorrow, and fantasy.”

But now, according to Disney diversity and inclusion manager (what?), Vivian Ware, they have removed all mentions of “ladies and gentlemen,” “boys,” and “girls” in its theme parks. Why? To support LGBTQ+ children and families, to make them feel safe and “included.”

“I believe it is important to reaffirm our Disney values and our long-standing commitment to inclusion.”

With what we now know, it should be concerning if Bible-believing American families keep supporting Disney and pay top dollar to escape reality. Because, of course, it’s just entertainment, right? But the company is dripping with godless agendas, depravity, occult themes, and wokeness – as young children watch and learn.

Are you not entertained?!

Over at The Stand, in an article called “The Man Behind the Mouse,” Hannah Meador writes about Disney executives today:

They are cowards because instead of tales of hope and triumph, they’re focused on indoctrinating kindergarteners.

They are cowards who care more about what China thinks of their films than the morals of their American-born creator.

They are cowards because they slip content on their streaming platform hoping parents don’t notice.

But mostly, they are cowards who choose to insult the large majority of their customers to appease 5 percent of the population that is screaming.

As we’ve seen, the minority with the loudest voices and their depraved Hollywood/big tech/media allies often force others to either comply or compromise. If you agree this is a concern and children should be protected rather than exposed to these agendas, please help inform others! Consider boycotting and rejecting all things Disney. Do some research and dig.

There is a bit of good news although it won’t change Disney’s direction. There was a peaceful protest Wednesday night in Burbank, CA of Christians and conservatives opposing Disney’s warped ideology. A petition is available to sign at ParentsFightBack.com.

Nevertheless, here we are, and this is the direction Disney has chosen. Parents be warned. If need be, cancel your Disney+, Disney Movie Club, and Disney Insiders memberships. Be persistent and intentional. Talk to your kids about God and biblical truth before others teach them they can be their own god, make up their own truth, and live a life of delusion and fantasy.