Think about this: the same people who kept telling us to “trust the science” over the last few years cannot even define what a woman is. Let that sink in!

But let’s also be honest. It’s not that they cannot define “woman,” the fact is they refuse to do so because they have rejected the existence of God, the biblical account of His creating humankind male and female, and God’s definition of marriage and family. 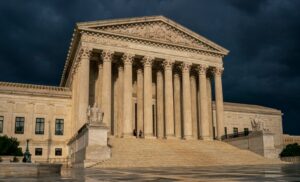 This is how low and how far liberal Democrats and the American left have plummeted from truth, facts, and yes, even science! We went from “Believe all women” during the Justice Kavanaugh hearings to “What’s a woman?” today.

The sad reality of the circus that has become the modern Supreme Court nomination process is that Judge Ketanji Brown Jackson will likely be the newest member of the highest court in the land. The warped, woke Democrats sure have lowered the bar. Just remember Satan is a ringleader as he is the author of confusion and father of lies (John 8:44).

“The problem isn’t that Supreme Court nominee Ketanji Brown Jackson isn’t smart enough to answer the “what is a woman” question. The problem is that, in the current progressive-dominated Democratic Party, she’s not allowed to.”

If you’re a Bible-believing Christian, you understand we are dealing with demonic agendas and ideologies that are unprecedented for this country though they are quite common in world history.

Jesus is Lord, the Word made flesh, the Messiah and soon-returning King of Kings who once said that “all authority in heaven and on earth” was given to Him. In the Gospel of Matthew, Jesus said explicitly,

“The one who is not with Me is against Me; and the one who does not gather with Me scatters.” Matthew 12:30

You cannot be neutral about Jesus. Test the spirits and pay attention to those who are against Jesus.

If a person denies or rejects the fact God sent Jesus to give His life as a ransom for many, that person is not of God (1 John 4:2-3). It’s not difficult to discern those who oppose the biblical worldview and who do not believe in Jesus or follow His teachings.

The Bible has much to say about human sexuality, idolatry, consequences of sin and the approval of evil, the value of every single human life including those in mother’s wombs, proper views on money, warnings about greed and envy, pride, protecting the most vulnerable, about showing favoritism, intelligent design, and more.

There is also, however, according to Scripture, only one race: human.

Biden’s Supreme Court nominee, however, is a proponent of Critical Race Theory though she has denied as much. Brown Jackson has been a board of trustees member at Georgetown Day School since 2019 and a member of that community for about a decade. According to Breitbart News, Brown Jackson is involved in an anti-racist agreement that all parents of children at Georgetown Day School (GDS) must sign for enrollment.

During her confirmation hearings, Senator Ted Cruz exposed her alleged ignorance about racial division being promoted on her watch. He admitted his confusion by her answer because he pulled out a stack of books by radical authors and presented the evidence during one session.

Busted! But it won’t matter. Why? Because Judge Jackson was selected for three main reasons: she’s black, she’s a woman, and she’s a party-supporting leftist. It’s not hard to imagine how she would judge cases involving educating children against parent’s wishes or about men destroying competition in women’s sports.

Next, it must be noted the White House tried to hide Ketanji Brown Jackson’s light sentences for child pornographers and sexual predators. As Senator Josh Hawley pointed out, Democrats covered it up, hiding as much as possible about her background from the public knowing she gives lenient sentences to criminals. Hawley stated:

“This is a disturbing record for any judge, but especially one nominated to the highest court in the land;” …Protecting the most vulnerable shouldn’t be up for debate. Sending child predators to jail shouldn’t be controversial.”

Most of us agree.

From what I’ve heard and read, the Democrat Party used to be the party of the average American worker, but today they seem to be an agenda-driven mob defined by identity politics, allowing lawlessness, defunding the police, medical tyranny, and injecting social justice and moral relativism into government schools and culture.

Should Judge Jackson have been nominated primarily because of her color? Or because she’s female – which ironically is a biological conclusion?

A recent poll reveals that only 23 percent of Americans agreed with Joe Biden when he pledged allegiance to racism, sexism, and promised to exclude all candidates for the Supreme Court except black women. The results show 76 percent of all voters wanted Biden to consider all possible qualified nominees.

And since this was an ABC News poll, the lack of support may be higher. Amazingly, they even mentioned it in a report.

This is not good news for the direction of our country. Don’t be foolish enough to think it will turn out to be a disaster for Democrats though they’ll likely take a beating in the November Midterm elections. But remember, their ground game is long-term and they’ve taken far too much power and control at every level of government and society.

I hope I’m wrong, but in such politically chaotic and divisive times, we shouldn’t be surprised when an overwhelming majority of registered Democrats keep voting for anyone with a “D” by their name because truth, morality, righteousness, and content of character are no longer priorities for loyal liberals.

And that’s just one sad and sobering reality of American politics and elections. 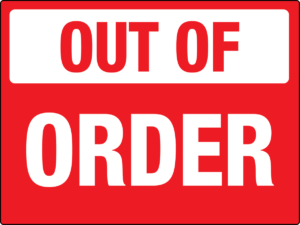 We thought it would concern more people that government and corporations during the Obama years were adding new genders and demanding public restroom policy changes. Few flinched as a major political party seemed to be hijacked by the godless, globalist left whose agenda clearly includes deception, delusion, and diversion. In other words, shock and awe.

It’s often hard to tell these days what is being used as a smokescreen and what’s actually part of their progressive plans. We now understand what they mean by never letting a serious crisis go to waste.

Back to Judge Jackson. Christians are also concerned the new Supreme Court Justice will further the O’Biden administration’s radical, heartless abortion agenda because Judge Jackson has a glaring pro-abortion record including her work with abortion activists on a case involving suppressing the free speech of pro-life advocates.

Yes, you read that correctly. We might also logically conclude the very real possibility Judge Jackson would endorse censorship and discrimination as the one-party, big tech media conglomerate has done. I hope and pray more people are learning, waking up, and speaking up.

Let’s close with a few powerful truths from the Bible about peace for those who trust Jesus, who have confessed their sins, and trusted in Him for salvation. The Book of Romans states:

Therefore, having been justified by faith, we have peace with God through our Lord Jesus Christ…  But God demonstrates His own love toward us, in that while we were still sinners, Christ died for us. Romans 5:1-2, 8

Now that’s good news! So in these crazy times when things appear to be out of control and people lack common sense, cling to the Word, and remember our unshakeable God. He is faithful and has not surrendered His sovereignty or His throne. If God is for us who can be against us (Romans 8:31)?

America Should Have Learned From Israel: It Just Takes One Generation
Disney’s Depravity, Power, and Moral Decline