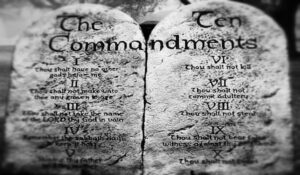 It just takes one generation for a decline in biblical morality to become a falling away and rebellion against God. And one thing we know about human nature and history is that people rarely learn from history and it’s easy to take so much for granted!

The great John Wesley once said, “What one generation tolerates, the next generation will embrace.” This is both prophetic and true.

So as a nation, what could we have learned from Israel in the Old Testament? There are a few striking parallels in Scripture between the United States and Israel, between our churches today and early Christian churches. One of those parallels, I believe, is how the American church today resembles the church at Laodicea in Revelation chapter 3 that Jesus rebuked for being lukewarm.

But another example comes from the generation of Joshua. It took time to happen, but several things are clear: the children of Israel were disobedient to the Lord their God, He rebuked them severely, gave them over to the consequences of their choices, their godly leader (Joshua) died, and they ended up serving other gods. But before citing the Bible verses in context from the second chapter of the Book of Judges, I’d like to paint a picture of the moral and cultural decline that has occurred over the generations – in America.

To make this point more clear, let’s change some words to remind us of the similarities between ancient Israel and America today:

When religious freedom was achieved and the Bible was our guide, the nation prospered in nearly every way. But as people took blessings for granted and placed happiness over holiness, other generations arose who did not know the Lord Jesus or remember our history. Then, they did evil in the sight of the Lord and served other gods such as comfort, self, money, politics, entertainment, sex, and abortion. They forsook the God of their fathers who had once delivered them from the Church of England. They allowed Him to be banned from their schools and the public square, and the people followed other gods, bowing down to them and provoking the Lord to anger.

When we conform to the world and become lukewarm, we are much less concerned about obedience to God. As a result, we are ineffective or unproductive salt and light as well as terrible witnesses. Jesus cautioned His disciples about seeking temporary things and losing sight of the Kingdom of God. We must be diligent, set apart for Christ, and intentional about living for the Lord because it is way too easy to become comfortable and let down our guard.

Joshua was a famous leader recognized as a great man of God. Some of his last words challenged the people of Israel to love the Lord and reject idolatry. He pleaded with them to “serve the Lord in sincerity and in truth,” and to put away the false gods of their ancestors. He challenged the people to “choose for yourselves this day whom you will serve.” And in Joshua 24:15 comes his famous declaration of faith:

“But as for me and my house, we will serve the Lord.”

To their credit, look at how the people responded in that moment to his challenge.

“So the people answered and said: ‘Far be it from us that we should forsake the Lord to serve other gods; for the Lord our God is He who brought us and our fathers up out of the land of Egypt, from the house of bondage, who did those great signs in our sight, and preserved us…’ ” (Joshua 24:16-17).

Notice that generation swore to serve the Lord God and acknowledged what He had done for them. With all they knew and saw, it was unthinkable for them to reject God and serve any other.
That is exactly how early American pilgrims and patriots likely felt in this new land. They could not imagine being back in England or turning away from the God who brought them so far. How could they forget His faithfulness?

And you know how Bible history goes. Joshua died. Then came the unfaithfulness of Israel. In our case, Joshua might be compared to a Washington, Adams, Jefferson, Lincoln, or perhaps Spurgeon, Edwards, Whitefield, Webster, Wesley, Tozer, or Moody.

The Bible indicates that Israel forgetting their history and falling away was gradual. Also, the people did not educate their children to the extent necessary or warn them convincingly. They neglected to pass down spiritual truths about God’s faithfulness, about who He is and what He did for them.

Volumes have been written about changes and declines in America since 1776. (In my first book, ERADICATE, I provided a fifty-year timeline of moral decline from 1962-2012.) To the credit of America’s founders and those who came shortly after, their dedication to God and biblical principles generally remained a focus for nearly two centuries. Just like freedom, which needs to be continually fought for and maintained, we must strive to obey the Word of God, beginning with the first commandment.

The people of Israel remained faithful through Joshua’s tenure and through the days of the elders who outlived Joshua! But the summary of what happened next includes some of
the most sad, sobering words in all of Scripture. It came shortly after documenting that Joshua died when he was 110 years old. The elders soon died as well.

All that generation also were gathered to their fathers; and another generation rose up after them who did not know the Lord, nor even the work which He had done for Israel. 11 Then the sons of Israel did evil in the sight of the Lord and [e]served the Baals, 12 and they abandoned the Lord, the God of their fathers, who had brought them out of the land of Egypt, and they followed other gods from the gods of the peoples who were around them, and bowed down to them; so they provoked the Lord to anger (Judges 2:10-12).

Who is responsible for influencing the minds and hearts of younger generations regarding what they learn, regarding what they know or do not know about God, truth, and history? Parents and pastors. But who teaches kids what to think (not how to think) and “programs” them the most? Secular progressive government educators, Hollywood, music, social media, tech giants, and their peers.

In both cases, in America and Old Testament Israel, the younger generation grew up not knowing the Lord, the God that their parents worshipped, nor what God did for the respective nations. So naturally, since the heart of mankind is wicked and sin is continually at the door, what happens then? The very next sentence tells us that as a result, they “did evil in the sight of the Lord” and served other gods!

Know the Lord and do good; forget God and do evil. Pretty simple. And yet, it is so very difficult because the pursuit of God takes commitment and discipline!

What are some of the gods or idols in America served by this or past generations? Heck, there’s even a show called American Idol! Here’s just a short list:

In America, we may have had it even harder than Israel in one respect: it is nearly impossible to learn about God and learn from history when that history, the truth, has been minimized, ignored, downplayed (our Christian heritage), edited and rewritten by godless activists and textbook publishers, after which a complicit liberal media followed suit.

The Bible warns us to not conform to this world’s ways (Romans 12:2) but to be transformed by the renewing of our minds; to overcome evil with good (Romans 12:21); to put on the armor of God (Ephesians 6:10), to seek first the kingdom of God (Matthew 6:33), to not be taken captive by worldly philosophies (Colossians 2:8), and declares Jesus is the way and truth (John 14:6). Moreover, Scripture further states:

“For no man can lay a foundation other than the one which is laid, which is Jesus Christ” (1 Corinthians 3:11).

“So having overlooked the times of ignorance, God is now proclaiming to mankind that all people everywhere are to repent, 31 because He has set a day on which He will judge the world in righteousness through a Man whom He has appointed, having furnished proof to all people by raising Him from the dead (Acts 17:30-31).”

Repent – and redeem the time. The opposition and warfare is intense but believers in Christ have the power of the Holy Spirit! Let’s live like it because we’ve got work to do.

The latest study from George Barna and the Cultural Research Center reveals that only 2% of young parents of pre-teens (children under 13) in America have a biblical worldview. Two percent. A majority claim to be Christian, but here’s part of the problem: they do not live according to the Bible, they don’t believe Jesus is the only way, and do not see the glaring contradictions in their own worldview.

Enemies of God have always existed, but it is not always the demonic agendas that ruin godly societies. People often destroy themselves. It only takes one generation for a nation to let down their guard, compromise, become comfortable or self-seeking, and fall away from God.

America is in trouble and that includes many churches. This is partly because we have not raised up younger generations of God-fearing, truth-seeking Christian children. We lack bold leaders and teachers in our churches and ministries. Therefore the saints are generally ill-equipped, and our churches did not have the foundation necessary to disciple and resist secularism, religious pluralism, and blatant attacks on the truth.

I’ll leave you with some thought-provoking words from evangelist, author, and pastor, Alan Redpath:

“The real test of our faithfulness to God is in most cases our power to continue steadfastly in one course of conduct when the excitement of conflict is removed, and the enemies with which we have to contend are the insidious allurements of ease or custom amid the common place duties of life.”

As our faith continues to be tested, let’s be the overcomers the Bible says we are and continue sounding the alarm and fighting the good fight. 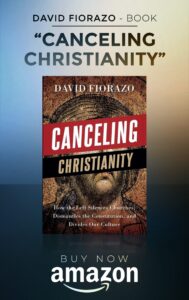 A large portion of this was excerpted from chapter 6 in the book, Canceling Christianity by David Fiorazo. (“It Just Takes A Generation”)