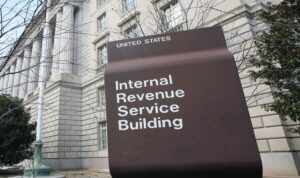 This sounds more like China than America, but I’ll let you decide. According to a new report, the government wants to have your face on file. The IRS will require facial-recognition for online use. It could happen as early as this summer and privacy experts are already voicing their concerns.

Submit a video selfie to the Internal Revenue Service (IRS) to verify your identity in order to access your account. What could go wrong?

The IRS has contracted with a third-party service called “ID.me” to protect users’ privacy and reduce fraud. Skeptical?

To verify their identity with ID.me, taxpayers will need to provide a photo of an identity document such as a driver’s license, state ID, or passport. They’ll also need to take a selfie with a smartphone or a computer with a webcam.

The new process is supposedly another step the IRS is taking to try ensuring taxpayer information is provided only to the person who legally has a right to the data. But what most people don’t realize is from 2011-2015, an identity theft nightmare was exposed at the IRS.

During the Obama administration, the IRS discovered more than 1 million Americans had Social Security numbers stolen – by illegal immigrants, but due to corruption or embarrassment, officials never bothered to tell the taxpayers.

So, let’s get this straight: the IRS decided to protect the identities of thieves rather than notifying and protecting citizens who were innocent victims. And now they want to require facial recognition?

According to the Washington Times, those taxpaying citizens during the Obama years who were victims of theft had their numbers stolen by illegal immigrants who needed to give employers a valid Social Security number in order to get a job. And here’s another revelation: in order to protect those illegal immigrants, also known as lawbreakers, employers are prohibited from asking questions and probing too deeply – even when they suspect fraud.

But the insanity doesn’t stop there. The IRS issues illegals a special taxpayer ID number (ITIN). Why? They are more concerned about working illegals paying taxes even if they’re not supposed to be in the United States. In fact, those noncitizens who use the special tax ID are even eligible for some tax credits.

For years, Republicans complained to the IRS that it is protecting illegal immigrants from discovery by allowing the use of individual ID numbers, but failing to share the information with other agencies. Media generally covered up the story. Remember, corruption is nothing new for the IRS.

Who can forget how the Obama/Biden Justice Department used the IRS as a bully pulpit to punish their political opposition and deny non-profit status to many Christian and conservative groups prior to the 2021 presidential election. 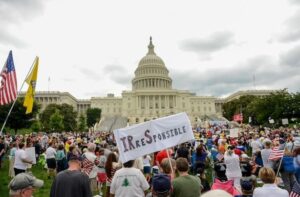 But the scandal-ridden, partisan IRS couldn’t keep covering up its loyalty to the left, and truth was leaked out little by little. They especially hated the Tea Party movement.

I reported back in 2015 about the alleged computer crashes at the IRS causing employees to lose internal emails. The problem is those employees were under federal investigation in a case involving the targeting of conservatives. More than twenty IRS employees conveniently had their computers crash which caused the suspicious deletion of, or the loss of emails as well as hard drives. (Apparently, only conservatives and Republicans in government agencies are required by law to back-up their data on external hard drives.)

Who can forget – and most Americans have – former IRS Exempt Organizations Division Director, Lois Lerner.  IRS officials, including Lerner, worked with Democrats to silence conservatives and used IRS intimidation tactics to do so. Documents showed Lerner wanted to bring charges against someone and make an example out of them.

Under her watch (April 2010 to April 2012), the IRS placed holds on the processing of hundreds of applications for tax-exempt status from organizations known to be conservative! By limiting the ability of conservative or Republican groups to acquire non-profit status to freely campaign and mobilize for a cause or candidate, the IRS indirectly affected election outcomes across the United States. Out of all existing nonprofit groups flagged in 2014 for IRS Surveillance, 83% were conservative. The government monitored group’s activities, their websites, and other publicly available information.

Even citizens who donated to tea party-affiliated groups were audited ten times more than average Americans. But one of the most glaring facts revealing Democrat corruption was this: of all the groups the IRS selected for audit during those Obama/Biden years, 100% of them were conservative.

Back to today. Now, the government says the change to facial recognition is necessary to protect U.S. taxpayers from identity theft. But as multiple news outlets have reported, privacy advocates say it’s not only invasive, they also point out the company behind ID.me has a spotty record in verifying people’s identities.

We should be justifiably concerned about a potentially new threat to our freedoms.

Knowing the IRS and its past issues with privacy and data theft, some are questioning why they’re trying to implement potentially glitchy software and use this method of identification now?  Apparently, they are afraid of being hacked.

Let’s conclude with some wise words by President Ronald Reagan:

“Government’s first duty is to protect the people, not run their lives; Governments tend not to solve problems, only to rearrange them.”

By the way, the IRS says the new facial rec technology will not affect the filing of our 2021 taxes.