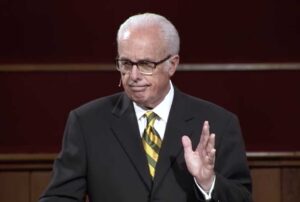 Another male athlete competing against young women is annihilating the competition. Olympic gold medalist and swimming champion, Michael Phelps weighed in saying everyone should have an equal playing field. Another Olympian, Caitlyn Jenner also commented on the dilemma saying biological boys should not be playing in women’s sports. Most of us would agree.

But what is concerning is the reaction to a remnant of Christian pastors including John MacArthur who recently preached on biblical sexuality which YouTube labeled “hate speech.”

Some of us have been warning for years this would come to America. We’ll address ‘Lia’ Thomas and the swimming controversy in a minute.

Pastor John MacArthur of Grace Community Church in Los Angeles, CA, is one of a number of pastors who recently preached about biblical sexuality, part of an effort in North America to protest a new Canadian law that took effect January 8 after being pushed through Parliament with little debate.

Canada’s Bill (C-4) is broadly worded and would likely make certain Scriptures illegal and in effect, ban biblical teachings on sexual ethics. About 4,000 church leaders spoke out recently, protesting the law from church pulpits, affirming their stance on God’s Word.

Liberty Coalition Canada warns that wording of the bill is broad enough to allow for “the criminal prosecution of Christians who would speak biblical truth into the lives of those in bondage to sexual sins like homosexuality and transgenderism.”

Since YouTube backs the Canadian law affirming the Bible is hate speech, let’s look at some of what pastor John MacArthur said in the sermon:

“There is no such thing as transgender. You are either XX or XY, that’s it. God made man male and female (Genesis 1:27). That is determined genetically, that is physiology, that is science, that is reality.” “On the one hand, the reality of that (transgender) lie and deception is so damaging, so destructive, so isolating, so corrupting that it needs to be confronted; 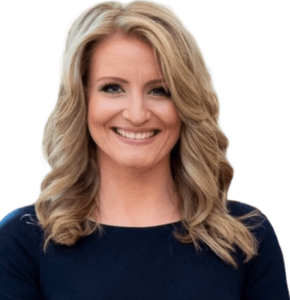 “The big tech oligarchy in the United States is implementing the equivalent of Canada’s insane law by censoring truth and the right of pastors to teach the Bible,” Ellis told the conservative commentator. “If Americans don’t stop big tech, this new Regime will circumvent the Constitution to foreclose our fundamental rights to speak and exercise religion – and the impact will be devastating.”

We’ve been relatively spoiled and free from religious persecution in North America. Not anymore. And please understand this will impact private conversations. It’s not just pastors and religious leaders who will face consequences of speaking biblical truth, individual citizens are already being bullied into silence, suppressed, censored, and severely limited if not deleted on many platforms.

We need to pay more attention to attacks on Christians and intolerance of the biblical worldview in other countries. Regarding moral decay, history has often shown the U.S. is not too far behind other declining nations.

In Finland, for example, Päivi Räsänen (Pivey Rausenen), a Christian member of Parliament in Finland is currently on trial. She has been fighting for freedom of speech and religion in court because she posted a Bible passage from Romans 1 on social media which condemns homosexuality. She was charged with three counts of hate speech.

But the transgender locomotive is steamrolling through our own culture and through every major institution in America including the hyper-secular university system. 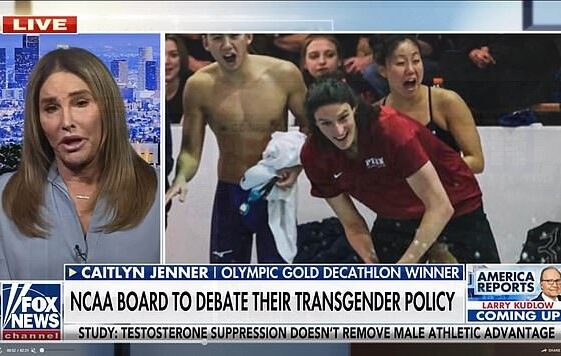 If we’re concerned about truth and clarity, it’s important to breakdown some recent comments by Olympic gold medalist Caitlyn Jenner, formerly known as Bruce. He said biological boys should not be playing in women’s sports. Most of us would agree, but we’re at the point this will likely be censored for referring to Jenner as “he.”

Listen closely to what else he said and pay attention to the wording. He criticized “this woke culture were living in right now” and said it is not working. Again, agreed.

But he hypocritically reverts back to the delusion when commenting on the unfair advantage men have when competing against women in sports. Jenner continued referring to Thomas as “she” and “her” – which is part of the woke culture he has contributed to!

See the problem here? And if you state the obvious, the biblical truth, the scientific, physiological and biological reality, you will be penalized the left’s bully pulpit and one party big-tech media conglomerate.

Naturally, Democrats, globalists, and others who are hostile toward the truth of Christ are all in. Think I’m exaggerating? In the Nancy Pelosi-controlled U.S. House of Representatives, the so-called Equality Act I’ve warned about for years has already passed.

Elections have consequences, and if this piece of radical legislation passes in the Senate, truth proclaimers and Bible-believing Christians will face persecution here that most of us didn’t think would happen in our lifetimes. Don’t think the left won’t gleefully criminalize followers of an entire worldview to advance its godless agenda.

“This notion that you are something other than your biology is a cultural construct intended as an assault on God. The only way you can address it honestly, is to say, ‘God made you and God made you exactly the way He wanted you to be.”

This is a war on God. Those professing another identity or gender are not only fighting God and His physical creation, but they’re fighting His sovereignty. Those who subscribe to these worldly philosophies (Col. 2:8) have created a god of their own liking. We must fear God wholeheartedly and declare, ‘as for me and my house, we will serve the Lord! (Joshua 24:15)

Thankfully, more and more people are waking up, but time is short and I pray it’s not too late.

Not Exactly Shocking: Many Democrats Want You Punished
Can We Trust The IRS, Now to Require Facial Recognition?