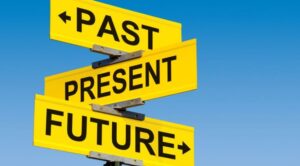 What can we learn from this past year and how can we be prepared for more faith-testing, uncertain days ahead? I believe one step we can take is to commit to God’s Word, and be rooted and grounded in the truth.

Two weeks ago on December 19, we examined the humanity and full deity of Jesus Christ, our Mighty God. If you missed that message, click here and watch (The Root and Descendant of David) on YouTube.

The last verse we studied was about God’s promise to finish the work He began and the fact He will rule the nations one day.

There’s a reason we’re told in Isaiah 9:7 that,

“There will be no end to the increase of His government or of peace
On the throne of David and over his kingdom,
To establish it and to uphold it with justice and righteousness
From then on and forevermore.
The zeal of the Lord of armies will accomplish this.”

Seven hundred years before Christ, God spoke through Isaiah about a future government. What would that look like? Eternal peace, righteousness, and truth. Many of Jesus’ followers were waiting for a takeover of Rome and were even expecting a political Messiah. But Jesus said repeatedly that His kingdom was not of this world.

After His resurrection, in Acts chapter 1 leading up to His ascension, the disciples asked Him an important question. These were the men who lived with Him, witnessed miracles, followed Him everywhere, watched His life, and understood His deity.

So when they had come together, they asked him, “Lord, will you at this time restore the kingdom to Israel?” 7 He said to them, “It is not for you to know times or seasons that the Father has fixed by his own authority. Acts 1:6-7

We talked a few weeks ago about God being outside of time and the fact that His foreordained plan is being implemented in these prophetic days we live in. Almighty God’s timing is perfect, His promises will be fulfilled, and He is sovereign.

The prophet Daniel blessed the God of heaven and in Daniel 2:20-22 said:

“May the name of God be blessed forever and ever,
For wisdom and power belong to Him.
21 It is He who changes the times and seasons;

Think about that. So much of Scripture points to the sovereignty of God.

He removes kings and appoints kings;
He gives wisdom to wise men,
And knowledge to people of understanding.
22 It is He who reveals the profound and hidden things;

Jesus Christ is the same yesterday, today, and forever – and He has not surrendered His throne – the throne of David. When the world around us is in darkness, chaos, and confusion, He is our Light, our stability, anchor, Cornerstone, and Rock.

No matter what we are faced with, believers have assurance and encouragement. We will not be shaken by the next bad news report, another virus, government overreach, a tanking economy, medical tyranny, cancel culture, or even persecution.

Why? God’s got it all covered; past, present, and future. Paul wrote to the Corinthian church encouraging them to trust in God who raises the dead,

10 who delivered us from so great a death, and does deliver us; in whom we trust that He will still deliver us,, 2 Corinthians 1:10

This verse has always fascinated me. We were saved, we are being saved, and we will be saved. Past, present, and future! Another translation says ‘rescued.’

Turn to Ephesians chapter 2. Paul also wrote to the church at Ephesus:

Even when we were dead in trespasses, made us alive together with Christ (by grace you have been saved), and raised us up together, and made us sit together in the heavenly places in Christ Jesus, that in the ages to come He might show the exceeding riches of His grace in His kindness toward us in Christ Jesus. Ephesians 2:5-7

Thanks to the past work of Jesus, we have been made alive as new creations.

In the present, we sit together in the heavenly places in Him. We have a new place for living, a new arena of existence – we are not “earth dwellers” (as the book of Revelation often calls those separated from God), but our citizenship is in heaven (Phil. 3:20).

In the future, God will continue to show to us the exceeding riches of His grace. These are sure promises of Him who is Faithful and True.

“All of this is a heritage that those who are in Christ Jesus can cling to. This is God’s work done for His believing people; This is for you in your Messiah:

How many of the anxieties of your day would simply pass away if, right now, you took hold of what God has promised for your past, present, and future?”

Have you taken hold of His promises in Christ? If not, it’s time to believe and receive. We also must move on and live intentionally, purposefully in the present. In order to do this, we have to let go of the past. This takes discipline.

The Apostle Paul writes about perseverance, taking hold of what Jesus has:

Brethren, I do not regard myself as having laid hold of it yet; but one thing I do: forgetting what lies behind and reaching forward to what lies ahead, 14 I press on toward the goal for the prize of the upward call of God in Christ Jesus. Philippians 3:13-14

“Do not call to mind the former things,
Or ponder things of the past.
19 “Behold, I will do something new,
Now it will spring forth;
Will you not be aware of it?
I will even make a roadway in the wilderness,
Rivers in the desert.

In Revelation 21 verse 5, Jesus said, “I am making all things new.”

One of the biggest battles this year – even for Christians – has not been a virus, mandates, attacks on our faith or civil unrest. It has been a battle of the mind; fear.

While we have every reason to trust a proven, powerful, faithful Savior, the world is helpless and hopeless. For unbelievers, this life is all there is, but we have assurance of eternal life!

For believers, death leads to life, and to live is Christ but to die is gain (Philippians 1:21). Paul also wrote that ‘To be absent from the body is to be present with the Lord! (2 Corinthians 5:8).’ We must constantly tell our little fears how big our great God and Savior is.

Sure, many of us have crisis fatigue and are tired of hearing the divisive rhetoric, media malpractice, fear mongering, and uncivil discourse. Forget it. Reach forward. Press on!

God allows trials, tests, and intrusions in our lives for His purposes. But I do believe 2020 and 2021 was and is a wake-up call for us! Like Revelation 3, Jesus is standing outside the door of a generally comfortable, lukewarm, and wayward church. And He is knocking!

If professing believers do not repent, return to being the true church, preaching the gospel, equipping the saints and standing for righteousness, then we will just get more of the same. A lack of effectiveness. More church-goers will continue to fall away, lawlessness will increase, and prophetic signs will converge leading to His return.

We are warned over and over in Scripture that the Day of the Lord will come like a thief. In Matthew 24, Jesus prophesied the destruction of the Temple, and it came to pass. Remember the scene? His disciples were marveling at the massive stones and beautiful temple buildings as they were passing through.

But He responded and said to them, “Do you not see all these things? Truly I say to you, not one stone here will be left upon another, which will not be torn down.” 3 And as He was sitting on the Mount of Olives, the disciples came to Him privately, saying, “Tell us, when will these things happen, and what will be the sign of Your coming, and of the end of the age?” 4 And Jesus answered and said to them, “See to it that no one misleads you. Matthew 24:1-4

Not one stone? It happened in A.D. 70 when the Romans surrounded Jerusalem destroying both the temple and city. But note that Jesus didn’t answer them specifically. The first thing out of His mouth was a warning not to be deceived. Stay alert! Watch!

As many of you know, the Great (global) Reset is underway. The players are power élites that want to subdue all of humanity for their own selfish ends. They are imposing coercive measures to drastically limit individual freedoms and those of entire populations. In America, we are seeing the imposition of a health dictatorship as well as new scientific developments such as high tech microchips being implanted in people.

Beyond the obvious economic interests that motivate this global agenda, some have predicted the roll-out of the vaccination would be accompanied by the requirement of a health passport and a digital ID, with contact tracing and a dividing up of the population;

Franklin Graham responded to this news and said:

“This may sound frightening; but people who have put their faith in God and His Son, Jesus Christ, don’t need to be afraid;  “We should not live in fear. God told us what was coming in His Word. Make sure that your name is written in the Lamb’s Book of Life by repenting of your sins and putting your faith and trust in Jesus Christ.”

This would all be pretty scary if we didn’t have the Bible and know how it all ends. But in the meantime, expect to see an increase in forces of evil going against forces of good, the spiritual warfare that underlies much of what is taking place today.

Man’s plans will progress – for a new world order, to reduce human population, and create a one world government, but will eventually be thwarted by the Lord at the return of Jesus. God will judge our enemies and those who practice lawlessness. Make no mistake: the days of the wicked are going to end – and their end will be a rude awakening.

How should we respond? Speak the truth! Maybe it’s time to get back to the true gospel of repentance and get people saved. One thing we can do is share the good news of Jesus Christ. Paul in Romans 10 asks these questions:

that if you confess with your mouth Jesus as Lord, and believe in your heart that God raised Him from the dead, you will be saved; 10 for with the heart a person believes, resulting in righteousness, and with the mouth he confesses, resulting in salvation. 11 For the Scripture says, “Whoever believes in Him will not be put to shame.”

For those who trust in Jesus, when all this is over, we will be awakened to everlasting life; as the Bible says, death will be swallowed up in victory forever!

We’ve come full circle in a way. We concluded the message two weeks ago and also started off today declaring as the prophets did, that Jesus will rule on the throne of David and establish His kingdom forevermore. And remember what Isaiah also said?

“The zeal of the Lord of armies will accomplish this.” (Isaiah 9:7)

He declares the end from the beginning. The earth will pass away but the Word of God stands forever. Trust Him! It is not for us to worry, fret, or fear. Keep trusting, be alert, and pray. Forget the past. Reach forward. Press on. Let’s run the race marked out for us fixing our eyes on Jesus.

Jesus ‘Mighty God,’ The Root & Descendant of David
Calling Evil Good, Is the Left Winning the ‘Battle for America’s Soul’?