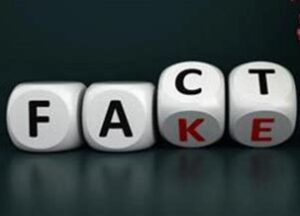 It’s not exactly breaking news: Facebook finally admitted what most of us have always known: the biased “fact checks” they’ve used to censor free speech and to police what Americans can read and watch are just “opinion.”

But the damage has already been done. The progressive, one-party, big tech media bully pulpit has been used to control information and influence public opinion. Some believe they used their power to slant the 2020 election for Biden. Many of us have been warning about this dangerous trend for years, but thanks in part to journalist John Stossel’s lawsuit, a little more truth has finally been exposed.

Not that it will do much good at this point, but I’m thankful John Stossel pulled back the curtain exposing part of the left’s monitoring of news and commentary. Their supposed ‘quest for truth’ is a big fat farce. Their alleged battle against “misinformation” shouldn’t fool anyone.

But they already did. And those in the “fooled” category likely number in the millions.

Another concern is the fact that those in control are censoring, deleting, flagging, shadow-banning, and silencing Christians, conservatives, Republicans, and others without apology. It has been well established for decades the news media is owned and operated by the left. Social media has followed suit.

How can we have a truly free republic with open and respectful dialogue with these serious threats to the First Amendment? To silence others while only allowing leftist-approved propaganda is communist policy.

Oh, but they say they want to enforce the sharing of accurate information. Really. But who, exactly, gets to decide what is truthful or factual and what is false or misleading? Big tech lefties and their government comrades in power, of course.

You may be wondering how Facebook wants you to think about its “fact checkers.” According to statements on its own website:

“Each time a fact-checker rates a piece of content as false, Facebook significantly reduces the content’s distribution … We … apply a warning label that links to the fact-checker’s article, disproving the claim.”

So, ideologically-driven fact-checkers rate, reduce, and disprove. Got it. Men (and women) who generally have an anti-Christian, secular-progressive worldview are today’s arbiters of truth. Let that sink in. This is another reason we’re seeing evil being called good and good evil right before our eyes.

The lawsuit brought by John Stossel was necessary because he lost large numbers of viewers and readers because his posts were labeled “partly false.” Many of us can relate. According to Jordan Boyd at the Federalist:

Stossel’s original complaint questioned whether “Facebook and its vendors defame a user who posts factually accurate content, when they publicly announce that the content failed a ‘fact-check’ and is ‘partly false,’ and by attributing to the user a false claim that he never made?” Facebook, however, claimed that the counter article authored by Climate Feedback is not necessarily the tech giant’s responsibility.

I agree with Stossel and others who say Facebook’s refusal to acknowledge its bias and its mistakes hurts not only the free expression of ideas; it affects individual citizens. When Facebook fact-checks something, its algorithm makes sure fewer people see whatever we share.

They’re a private corporation protected by certain laws so they can do what they want in a free society. But are they monitoring and censoring people equally? Not at all. And this is a huge part of the problem. Their intolerance also impacts many of us monetarily.

I personally, have been censored, suppressed, and/or shadow-banned by big tech for many years now. What are my choices? Delete my accounts before they do or start using other platforms. I’ve decided to stay and reach the few people I still can until they kick me off entirely – if it comes to that.

Many pastors and ministry leaders can relate. I wrote an extensive article about this earlier this year called, “Censorship is Here and They’re Coming for Christians.” Darkness is spreading, but it will fail in the end. Truth wins. But in the meantime, if you disagree with the power elites and enemy forces, they’ll shut you down without apology.

Remember, the left can’t win many arguments and debates because their policies are awful and their worldview is warped. They rejected God and moral absolutes so they now feel compelled to silence or suppress those who disagree with them, especially those of us who hold to a biblical worldview.

In Stossel’s case, all he did was post videos that offended the cult of climate change, what he refers to as “the third rail of liberal politics.” His videos simply talked about issues such as forest management and using technology to adapt. “Science Feedback,” a third party contracted by Facebook, flagged them as “false,” or our favorite, “lacking context.”

Another thing to remember: science doesn’t ‘speak,’ scientists do. 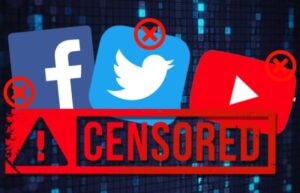 You won’t believe their reason for flagging Stossel’s posts: they didn’t like his “tone.” He explains:

“That is, you can’t write anything about climate change unless you say it’s the worst disaster in the history of humanity and we must spend trillions to fight it. …As for that “fact check” label we slapped on your piece? In Facebook’s response to Stossel, it argues, well, that’s protected opinion under the First Amendment.”

The New York Post, Breitbart, and countless other conservative news or media outlets have faced similar censorship. This is a new reality we have sadly gotten used to.

A key takeaway from those who have been through the fact-checking gauntlet is this: even if their decisions were successfully disputed, in a majority of cases in which the Facebook “fact checks” were lifted or removed, it no longer mattered.

Why? It was too late to have influence or much meaningful impact. People tend to believe what is first reported. And this is how for decades the mainstream media has gotten away with promoting something false and making a correction much later, once people already believed the original report.

The fact-check industry is funded by liberal moguls such as George Soros, Democrat socialists, globalists, government-funded nonprofits, and the liberal tech giants themselves. The so-called checkers are far from the arbiters of truth that too many naïve Americans believe them to be.

Brent Bozell of the Media Research Center has done outstanding work over the last few decades, and he commented last year on big tech election interference:

“…It is undeniable — Twitter, Facebook, Google YouTube, and a handful of other tech companies, are a radical leftist cabal — a very powerful technocracy with the ability to hand pick the president of the United States. They also have the power to shape and bend the public policy beliefs of the American electorate.”

Most of today’s social media giants and alleged news outlets are for all practical purposes, arms of the Democrat National Committee. Since most news corporations and social media outlets in America obviously and openly support one political party, then we no longer have an honest, fair, free press. This includes big tech platforms.

If you’ve been discerning and paying attention, what we’ve seen and heard for years is ideological commentary, suppression, and opinion masquerading as journalistic integrity and fact-checking. Though this is not surprising, it is extremely disappointing and even dangerous. Why?

Because too many people have believed lies while others have accepted that this is the way it is, shrug their shoulders, and believe it’s not going to change. It might not change, but doing nothing is never, ever a good option! Freedom of information, including speech and religious expression are worth fighting for because the ability to openly share the gospel and talk about our faith in Christ is why we are here. 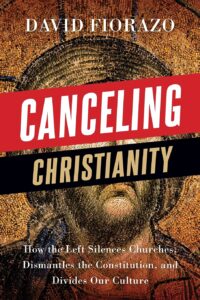