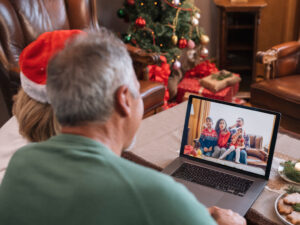 I’ve been enjoying pumpkin spice season (also known as September through November), but it’s never too early to start thinking about Christmas. And according to the CDC, attending “holiday celebrations” will raise the risk of contracting and spreading COVID-19, and therefore, (drum roll!) the government agency is renewing its recommendation for “virtual” holiday celebrations.

You heard that right. The CDC has already issued safety recommendations for Christmas, I mean, the upcoming “holiday” season, including vaccinations for everyone who has yet to receive shots, wearing masks, and even opening doors and windows to boost air flow. How will that work during wintertime? Here we go again.

I thought we tried this a year ago? Lest we forget what blue state governors such as Cuomo in New York, Whitmer in Michigan,  Newsome in California, and several others did last year to severely restrict “holiday” gatherings, be reminded about some of their rules and recommendations:

These were actual recommendations for family gatherings during holiday season 2020.

What have we learned in a year? The confusion, contradictions, fear-mongering, mandates and misinformation have only gotten worse. Don’t forget last year, many states enforced mask mandates for everyone except rioters, vandals, looters and protestors. Many of the same governors encouraged thousands of total strangers to protest together in the streets had no problem impeding upon the freedom of families and friends to enjoy their private celebrations in their homes.

Another example was New Mexico’s radical governor, Michelle Grisham, penalized two churches last year for holding Christmas Eve services and for having too many worshipers. Legacy Church and Calvary Church in Albuquerque were fined $10,000 each for not following state mandates! Grisham (D-NM) condemned Christian leaders as pro-virus, rebuked churchgoers, and called them selfish. But she openly praised Black Lives Matter protests. 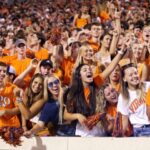 So now in 2021, they are still telling people to wear masks outdoors in large crowds. Apparently, football fans across the country didn’t get the memo.

And here we go again with Sir Anthony Fauci. Less than 24-hours after saying “it’s too soon to tell” if people can gather with our families at Christmas, Fauci backtracked and claimed he was taken out of context.

So, flip-flop Fauci strikes again. Seemingly contradicting the CDC, he went on the Communist Now Network and said, “I will be spending Christmas with my family. I encourage people — to have a good, normal Christmas with your family.” So which Fauci do we believe?

Many are now saying Americans should ignore the fear-mongers. Go to church, be out in public, see your families, celebrate Thanksgiving and Christmas, uh, I mean “the holiday season.”

My advice is to trust God, take precautions, and make plans. This life is but a vapor and we should live by faith as we strive to love our neighbors. We do this by seeing those we respectfully disagree with as human beings made in God’s image – and this is the hard part – regardless of how they react or treat us.

Like the global socialists and power elites, Fauci’s primary solution is simple. In his words, “get more and more people vaccinated.”

But the CDC even admits that similar amounts of viral genetic material was found among both unvaccinated and vaccinated people, those infected with the Delta variant. A significant number of patients have contracted Covid despite being vaccinated.

Even a liberal show host, Sara Eisen, confronted Fauci asking him if the government is being “too casual about the limitations of the vaccines.” In fact, as of September 27, over 22,000 people who had taken the jab got what they’re calling a “breakthrough infection,” and were either hospitalized or died according to the CDC.

I also can’t ignore debates about conscience, government enforced medical treatments, and how one side is purposely ignoring certain facts such as naturally acquired immunity. I’ve had Covid, and according to research, including an Israeli study with 2.5 million people, natural immunity provides significantly stronger protection from the virus than the vaccines.

You will likely not hear this cited by the global socialist mainstream media because many who say “follow the science” are actually downplaying or ignoring some of that science. After 18 months of data, the Biden-Harris administration’s utter silence on natural immunity has grown deafening. Again, the only “approved” solution by the UN/global government is experimental gene therapy.

Rand Paul grilled the HHS secretary, Xavier Becerra last week during a congressional hearing and stated plainly that the government is “lying to people about naturally acquired immunity” and that Becerra should be familiar with the studies. Paul said that instead, the HHS secretary is traveling around the country “insulting millions of Americans.”

Rand Paul pressed harder and we can only hope more of our representatives, the lesser magistrates, will speak truth to power. Check out part of the exchange:

You’re not a medical doctor. Do you have a science degree? And yet you travel the country, calling people flat-earthers, who have had COVID, looked at studies of millions of people, and made their own personal decision that their immunity they naturally acquired is sufficient but you presume somehow to tell over 100 million Americans who survived COVID that we have no right to determine our own medical care. You alone are on high and you’ve made these decisions, a lawyer with no scientific background, no medical degree. This is an arrogance coupled with an authoritarianism that is unseemly and un-American. You, sir, are the one ignoring the science. The vast preponderance of scientific studies, dozens and dozens, show robust, long-lasting immunity after COVID infection.

Remember, the Marxist Left don’t have our best interests in mind. This is about control and submission.

I love that Rand Paul said to quit lording it over American citizens who want to make their own health decisions, “acting as if these people are deplorable and unwashed.” I agree with him that there is no more basic medical right than deciding what we inject into our bodies.” 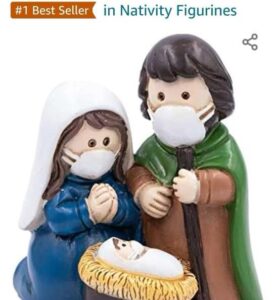 Finally, this image of the nativity with Mary, Joseph and even baby Jesus wearing masks – two thousand years ago – just shows you how far some will go to spread their political ideology and dehumanize people. Who thinks that a mask on a newborn is a good idea? It is however, a great way to take virtue signaling up a notch.

What we’re seeing is creepy at best and dangerous at worst. There’s so much that’s wrong with all this including the cult-like behavior of people who are pro-vaccine. From average citizens shaming others, to YouTube, Facebook, and the rest of Big Tech openly censoring opposing views of concerned citizens, to the Democrat media pushing UN-approved talking points, we’re at a tipping point.

Speaking of the leftist cult, New York Governor, Kathy Hochul, recently wore her big gold “Vaxed” necklace during a speech where she said vaccinated people are “the smart ones,” and  stated:

“There are people out there who aren’t listening to God [about getting vaccinated] …I need you to be my apostles, I need you to go out and…say: We owe this to each other.”

Beyond public health, ours is now a society of selective tolerance – which simply means intolerance (or one-way tolerance towards every view except biblical Christianity). Please remember to love those whom you do not agree with and to have respectful conversations where ideas, facts, and yes, opinions can be shared without fear of being judged or shut down. This goes both ways. God bless you and keep speaking the truth about things that matter.

Christians Must Prepare for More Extreme Measures
Pelosi, the Pope, and Progressive Politics