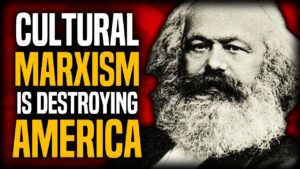 We are at war. But in a traditional or typical war, enemies are easily identified, battle lines drawn, demands are made known, and opposing armies are purposely and clearly distinguishable. Modern warfare however, offers no such clarity.

Further compounding the problem is the fact America has been under attack from within as cultural Marxism is dismantling this nation.

The underlying conflict is spiritual and demonic forces are driving the rebellion against God and the revolution to eliminate the Christian worldview and take down our constitutional republic. There’s a reason Paul warned the Ephesian church that our struggle is not against flesh and blood and that we need to stand in faith, having put on the armor of God (Ephesians 6).

“There is no neutral ground in the universe; every square inch, every split second, is claimed by God and counter-claimed by Satan.”

Most Christians are not shocked at the cultural battles today, but the number of fronts can seem daunting. Remember: the issue is never the issue. Enemies of God are using every possible crisis to gain power – and they have – and we have been in a purposeful state of perpetual conflict as a result.

In case you haven’t noticed, the left has used constant pressure to force change and extend selected crises to wear down people’s resistance. Until more believers in Christ and His true church recognize and respond to these cultural battles and increasing spiritual warfare, the decline of morality and society will continue at warp speed. Our past silence has had severe consequences.

I get it. It’s much easier to avoid chaos and conflict, ignore warfare or look the other way, go to church on Sundays and focus on the positive. This sadly describes the majority.

One of the marching orders of the left is to never let a crisis – real or manufactured – go to waste; use it to achieve your goals. Many issues reached a boiling point last year led by an anti-American education system, a Leftist Deep State, and the anti-Trump Globalist Big Tech Democrat Media Conglomerate. We are not unaware of the enemy’s schemes, but we cannot succeed being so divided. In Matthew 12:25, Jesus said  “Every kingdom divided against itself is laid waste, and no city or house divided against itself will stand.”

In just the last few years, the division of country and church has worsened, we saw unprecedented hatred of a U.S. president (Trump), media fear-mongering of Covid, political upheaval, Black Lives Mater Global Network Foundation propaganda, riots and anarchy (increased lawlessness), a stolen election, an economy on life support, a church deemed “non-essential, and the censorship of factual information and free speech. This didn’t happen overnight.

Dr. Carol Swain recently stated what many of us can agree with:

“I believe vaccine mandates are a dress rehearsal for something more sinister coming down the pike. I love America but do not trust current leaders. I believe they are capable of great evil, and that some have conspired with our foreign enemies.”

Many people seem confused about Biden Harris administration policies that are hurting the nation including ‘Biden-flation,’ southern border chaos, the growing influence of Marxism and Critical Race Theory, vaccine mandates, alignment with China, military wokeness, the Afghanistan debacle, mask mandates for children, and public schools turning against parents to name a few. They campaigned on uniting the country but most of us knew they had no intention of bringing Americans together.

Have you ever wondered why the Biden Harris campaign and global socialists at The World Economic Forum share the exact same slogan? Pay attention the next time you hear, “Build Back Better.” Leftists such as Canada’s Justin Trudeau and Pope Francis have mentioned it. Build back what, exactly, and how do they define ‘better’? Some say it’s a dog whistle for the Green New Deal while others warn it comes from Communist policy.

“Over the last century, well over 100 million people were slaughtered by their own communist and socialist overlords as those regimes fiendishly sought to centralize control over all property and resources in the hands of the elites. In the Western world, some of the most powerful individuals of the last century have been working toward that goal on a global scale, too.”

This, of course, would be a declaration of war on America and our constitutional republic. We are in the midst of a worldview war (one with God and one without God), and it’s time to pledge allegiance. Jesus said whoever is not with Him is against Him (Matthew 12:30).

You either support and defend truth and the biblical Christian worldview or you do not. This decision affects your morality and politics. There is no grey area or middle ground. Either confess Jesus as Lord and believe God’s Word or deny Him and live in rebellion to the Lord.

Not to oversimplify, but there are two kinds of people in the world – forgiven and unforgiven; saved or condemned; for Christ or against Christ. Whose side are you on? This is not about Democrats or Republicans so we better wake up. It is game on between children of God and children of the devil, the Holy Spirit and the spirit of antichrist.

If the wicked billionaires and power elites driving our government and the United Nations get their way, the next ” conspiracy theory” will be our new way of life. There will be no religious freedom, no more free or fair elections, we will have record government spending, “green energy,” higher taxes, and more regulation. Energy will be rationed, expensive, and travel will be restricted. Surveillance by the State will be the norm and our privacy will be virtually nonexistent.

This is all part of the New World Order that has not only been in the works for many decades, but is also prophetic. We are now in the midst of last days strong delusion in which the sovereign God is trying to warn a lukewarm church and a sinful world.

Our challenge is to not lose heart as we navigate some of the darkest times we have ever seen in America in which our liberties and values are under assault. True believers in Christ and the gospel must unify and resolve to fight for the cause of Christ, as well as the restoration of rule-of-law and ethics embodied in the Declaration of Independence and the U.S. Constitution.

How should Christians respond to all that’s happening – from a Marxist media and big tech censorship, to medical tyranny and threats to religious freedom, to the deconstruction of truth and history, to government corruption and lawlessness, to accusations of hate, nationalism, and racism?

First, there is freedom and deliverance, wisdom and hope in Jesus Christ, period. But there is no reconciliation, redemption or salvation with communism, globalism, Critical Race Theory, paganism, progressivism, and Marxism. Beware of worldly ideologies (already in many churches!) that lead only to death and destruction.

The Bible has clear answers for every need or problem in life. 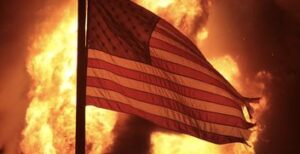 Marxism and political correctness offer no such answers. It’s all about the “oppressed” and those who are oppressors, and everything being a struggle for power – to be resolved either by income redistribution or the sword (violent revolution). One example is the godless, Black Lives Matter Global Network Foundation, a far-reaching anti-Christian agenda going beyond black equality to their main goal: revolution (political power). The issue is never the issue.

As believers in Jesus Christ, we identify with Him and are all equal under God.

In today’s society however, the left wants your identity to be based on your group, affiliation, or victimology. Today’s identifying factors include sexual orientation (gay or lesbian), female, gender identity, income, religion, immigration status, nationality, and race. The more groups or “oppressed” categories you can identify with, the higher your status and demand for special (not equal!) rights and privileges.

There’s a new word we need to understand: “intersectionality.” This measures a person’s level of oppression. According to Webster’s, the definition of Intersectionality is:

“the complex, cumulative way in which the effects of multiple forms of discrimination (such as racism, sexism, and classism) combine, overlap, or intersect especially in the experiences of marginalized individuals or groups.”

These two worldviews could not be more opposite. The cross is the great equalizer because we have all sinned. The Bible teaches God created every human being in His image, each of us having equal value. True believers in Jesus are children of God.

This is part of the beauty and unity of Christianity.  Salvation belongs to our God!

All nations, tribes, peoples, and tongues will stand before the throne of the Lamb of God one day (Revelation 7:9-10). The heart of the matter is a matter of the heart, the inner man, not skin color or the outer man. The true gospel is our blessed hope. So what do we do now?

Culture warrior, author, and pastor, Scott Lively encourages us in light of Christ’s command to “occupy until I come” (Luke 19:13), and to keep fighting these battles knowing the victories we might secure will be temporary as prophecy unfolds. But our efforts and obedience will inspire others to join us on the side of right and truth instead of surrendering to the slavery of the enemy.

“Our place on the prophetic timetable, as measured by current events in historical perspective, is best described in 2 Thessalonians 2: the period of rising lawlessness and apostasy that precedes the unveiling of the Antichrist, and his 3 ½ year global kingdom of evil. Marxists have captured America’s children through control of our schools and colleges, trained them in cultural warfare, and deployed them against the rest of America in armies of Social Justice Warriors under the banners of Antifa, Black Lives Matter, and countless others.”

We are at war, and the enemy is feverishly recruiting minions to war against the church, our culture, and the Constitution. Wake up your brothers and sisters in Christ to advance the gospel while some can still be saved. Lock arms with like-minded believers as things likely get worse, and encourage the faint-hearted.

The agenda to promote perpetual conflict and the destabilization of society will eventually fail. The global elites will fail. Though threats against Christians and religious freedom will increase, remember this is temporary and the issue is never the issue. The issue is the revolution.

Truth wins in the end, the wicked will be judged, and evil will be vanquished. Let’s redeem the time because every day, we are closer to the return of Christ. Please examine your faith and worldview, and make sure you are with Him and not against Him.