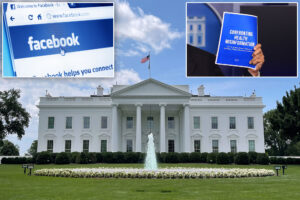 We saw this coming. Many of the news stories reported by conservative outlets in the last year that were censored or suppressed by Big Tech progressives have proven to be true – including the Hunter Biden laptop, the origin of the Wuhan, China virus, and of course, the flawed “science” behind devastating lockdowns.

The problem is most people just aren’t hearing about it due to the gatekeepers of news and information. So, truth was censored. We can expect more of this as social media giants align with the O’Biden administration to moderate, monitor, and control public information.

But there’s an interesting twist to this story. The Biden administration may be unintentionally helping President Trump’s lawsuit against the big tech giants.

Senator Ted Cruz has been pushing back hard, saying the Biden administration wants to have the power to silence you, but what they’re doing is unconstitutional, contrary to the First Amendment, and to a free society.

It’s interesting that what the left calls misinformation needing to be suppressed almost always involves censoring or silencing conservatives and benefitting Joe Biden. Also known as a double standard or one-way tolerance. But is it legal for government and private corporations to work together politically, and have they overplayed their hand?

“But what they [White House] have inadvertently done is they have strengthened President Donald Trump’s lawsuit against Big Tech, against Facebook and Twitter and Google – because what President Trump argues in the lawsuit is that they are violating the First Amendment by censoring Americans. The biggest arguments they have in their defense is they’re private companies, not the government. And the First Amendment only applies to the government.

Well, there’s an exception to that, the Supreme Court has long recognized, which is the government can’t use a private company to carry out a government policy. And here, this is what they’re doing. Here the Biden White House is asking the Big Tech monopolists, ‘please, silence, block, make disappear any views we disagree with.’ And I think that’s blatantly illegal. It’s also an abuse of power that is really contrary to the principles that our country was built on.”

We’ve never seen anything like this in the land of the free! Why? Because propaganda campaigns like this as well as the monitoring and censoring of citizens is communist policy. Dust off your history books. Sadly, what has happened in the last several years has revealed that the United States is now among those totalitarian governments.

Please understand the power of information and how it can be used as a weapon by those in power who control it. 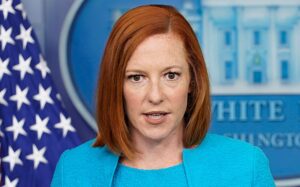 If you haven’t been keeping up with the news or think I’m exaggerating, last week, White House Press Secretary Jen Psaki announced that Democrat officials were “meeting with social media platforms” and had “increased disinformation research and tracking.”

She said the administration is “flagging problematic posts from Facebook that spread disinformation,” and Biden Harris liberals are working with big tech to promote what they deem as “accurate information” and to “boost trusted content.”

First, trusted by who and exactly who decides what information is accurate and reliable? Governing Democrats, of course. Second, this is a blatant violation of every American’s First Amendment right to free speech.

According to Politico, “Biden allied groups, including the Democratic National Committee, are also planning to engage fact-checkers more aggressively.” What the heck does that mean? Radicals are working with SMS carriers to “dispel misinformation about vaccines that is sent over social media and text messages.”

Wait. Our personal text messages, too? Yup. What about privacy? Oh, don’t worry about it, they’ll deem it justifiable, just like the lockdowns and other recent power grabs.

Writing for End Times Bible Prophecy, Britt Gillette warns that big tech is enabling government to trample the rights and freedoms of its citizens and that the surprising “support for cancel culture and the demonization of opposing points of view” set the stage for a dangerous government that is “willing to use violence to enforce its edicts.”

Connecting the dots to another institution, education, Gillette adds:

College campuses used to be open forums for free speech and radical ideas. Today, they’re ground zero for the assault on free speech – a place where totalitarians silence all dissent. This dictatorial impulse is spreading from the college campus to the public discourse, leading to censorship both online and offline… The willingness of so many people to suppress free speech foreshadows the rise of a dictatorial state.

We can no longer say as our great grandparents, ‘that could never happen in America.’ Here we are, friends. This is no longer just an insidious threat to the strength of the nation, it is an open assault on our free republic. The hypocrisy is those who called President Trump a dictator are strangely silent or are fine with all this.

We should all be committed to the truth, but where power censorship is concerned there are no quick fixes. But we can raise awareness as much as possible, support new, Christian, conservative, and independent sites and sources. Regardless of this opposition to the biblical worldview, pray for the Gospel to advance, for open debate, fair elections, respectful disagreements, and freedom of speech in America for all people.