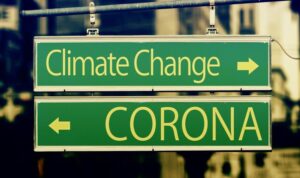 If you think government, media, and Hollywood propaganda on ‘the shot’ and ‘staying safe’ is bad now, get ready. We may soon be seeing what some are calling “climate lockdowns.” I interviewed author, journalist and publisher of Climate Depot, Marc Morano on Stand Up for the Truth podcast Tuesday, and he pointed out some eye-opening developments you won’t hear in most news outlets. These are things we better be aware of.

It makes sense. He said now that we have the “lockdown model” and have allowed our freedoms to be restricted, don’t expect the left to give it up. Will Americans continue to comply? Looking at our track record for submitting to COVID-related mandates, we may be in big trouble.

Climate activists are saying to each other ‘we need to follow the lockdown model,’ you know, the plan implemented to control us and weaken our country. They say if we can shut down the country for a virus we can shut down for climate change, which is an even greater “existential threat” to humanity, and especially to America.

If AOC, John Kerry, Greta Thunberg, global elites, and the UN get their way, we’ll be seeing new lockdowns to somehow “save the climate.” Marc Morano also said radical left Senate Majority leader, Chuck Schumer is urging Joe Biden to declare a national climate emergency. Why? Just like a blue-state governor, Biden would then be able to use emergency powers. 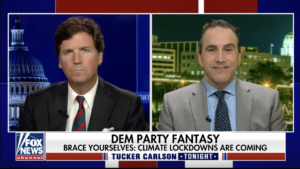 Here’s some of what Marc Morano said a few weeks ago to Tucker Carlson on Fox News:

“That’s what we’re seeing. There are even academics in Australia proposing adding climate change to death certificates. And Bill Gates has said the death toll will be greater, so they’re following every step of the way; …We have a major UK report that came out; we have an International Energy Agency report… calling for essentially the same type of lockdowns – everything from restrictions on your thermostat to restrictions on moving. You can only fly in a climate emergency when it’s ‘morally justifiable.'”

Alarming? It should be! Marc Morano went on to explain that over in the UK they’ve proposed CO2 ration cards that the government or employers would use to monitor your CO2 levels, your energy use. This has already been proposed by a German climate advisor. Trust the “experts”?

Not surprisingly, some at the World Health Organization (WHO) are now recommending these climate lockdowns. Enforced by governments. To save the planet. And strangle America.

Of course, Joe Biden Democrats keep working to pass their radical agenda, the Green New Deal, and if that happens, our freedoms and way of life may end up just memories in the history books.

First, there’s no “climate consensus” or science (they keep using that word!) supporting their grandiose global plans, and we are not facing a man-made climate disaster. Most fair-minded, reasonable people understand that “climate change” is the perfect Trojan horse for the left’s global socialist agenda. 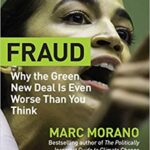 Along with all the climate propaganda, fear mongering, and virtue signaling, prepare for more Democrat double standards. Just last weekend for example, Bill Gates and other world billionaire elites flew their private jets to a resort in Sun Valley, Idaho to discuss their plans. Jeff Bezos, Mark Zuckerberg, Gates, and other globalists attended and Warren Buffet gave a closing speech.

If you don’t think the left would manufacture a crisis to push climate lockdowns and further their godless agendas, then consider the Great Reset, big tech censorship and “fact” checking, vax passports, communist policy in the USA, government going door to door, silencing Christians, or the true science on climate and viruses that is constantly suppressed.

It’s everywhere in every institution including the progressive universities and public education. Many of the same schools that teach kinds that climate change is a threat to the world are now mandating students be vaxxed before returning (colleges) and offering vaccines to children as young as kindergarten – and some without parental consent (grade school level). This is all ‘for the greater good,’ they say.

Personally, I find the the possibility of “climate lockdowns” both frightening and intriguing, but just can’t imagine enough people buying into the climate hype and fear-mongering let alone going along with the charade – but then again I could be wrong. I also never would have thought freedom-loving American citizens would buy into the science fraud and media malpractice that led to the COVID lockdowns.

Why are the vitally important concepts of freedom and limited government so hard for the left to follow or understand?

Remember that our struggle is not against flesh and blood, but forces of darkness driving this. Some are deceived, others are deceivers. Friends, be watchful, hold the line and stay strong in the fight. Opposition is growing, but the remnant of true believers is getting stronger. And all signs indicate the return of our King is getting close.

200 Resources You Can Trust!

Majority of Today’s Youth Dislike the Country, Not Proud to be American
Misinformation? The Left’s Campaign for Power