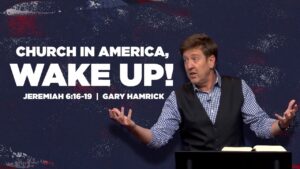 Alliance Defending Freedom sent a letter to Loudoun County Public Schools last week on behalf of an elementary school teacher who was placed on leave because he believed the Bible and disagreed with moral relativism and gender delusion. The problem is Byron Cross had the audacity to speak publicly about his views at a school board meeting about new school policies.

One of the policies would force teachers to deny truth and violate their beliefs by requiring them to address students with their chosen pronouns rather than those consistent with their biological sex. Another school policy allows boys to use girl’s bathrooms and vice versa depending on how they identify – regardless of biological sex, and allows transgender students to participate in sports activities based on how they identify.

But a Christian pastor is now under attack for saying the Democrats on the school board are “perpetuating the lie about gender confusion.” Let the fireworks commence.

Byron Cross simply said he was speaking out of love for those who are suffering from gender dysphoria, and mentioned the 60 Minutes program last week that actually interviewed over 30 young people who are now de-transitioning. They transitioned, but they felt led astray because of a lack of pushback and how easy it was to make physical changes to their bodies.”

“It’s not my intention to hurt anyone, but there are certain truths that we must face when ready. We condemn school policies [that] would damage children, defile the holy image of God. I love all of my students but I will never lie to them regardless of the consequences…”

So his pastor, Gary Hamrick of Cornerstone Chapel, defended his stance, and Loudoun County Democrats issued a statement Monday calling for Hamrick to retract his comments because they could incite violence. They accuse him of making “insidious” and “inflammatory” comments.

Sounds pretty serious. What did the pastor say? At Cornerstone Chapel Sunday, he said he supports the recall of at least six Louden County School Board members who are, “emotionally abusing our children by perpetuating the lie about gender confusion.”

Let me get this straight. To government schools, telling the truth is inciting violence. Got it. Gary Hamrick simply talked about the school board and also about what is being taught:

“…some of them are not doing their duty to protect, let alone educate our children; And they are subjecting them to sexually explicit materials… they are already talking about introducing racially divisive curriculum, they are emotionally abusing our children by perpetuating the lie about gender confusion when they affirm pronouns that are contrary to biology, reality, and the beautiful design of God. So, they need to be held accountable and it’s time to step up.”

Kudos! Is your pastor addressing these biblical issues of creation and teaching our children the ways of God and truth? He’s 100 percent right – it’s time to step up. It’s not just the pastor’s job or a Christian teacher’s job; it’s ours.

Naturally, the school board is demanding that the pastor recant his “inflammatory” statements, calls them “unfounded,” and claims they hurt the community and have “dangerous ramifications.”

But Hamrick won’t recant his comments and said Byron Cross was just exercising his First Amendment rights. Plus at a school board meeting, public input is invited.

Apparently, thousands of parents in Louden County have been outraged prior to this, and are fighting to recall the Loudoun County School Board, which Gary Hamrick alluded to. They’re upset over things like raunchy reading material for children and the indoctrination of critical race theory (CRT).

Hamrick said he wouldn’t have to speak up if the school stuck with the basic elements of education such as reading and writing. He told CBN News:

“We’re doing a disservice to our children when we lie to them about what gender they are; It defies biology, reality, and the design of God.”

Can the course of godless immorality in our culture and public schools be reversed? I don’t think so, but I hope I’m wrong. I’ve said it before, this is a worldview war which can be summed up in three words: God or man?

Alliance Defending Freedom (ADF) is demanding that Cross be reinstated.