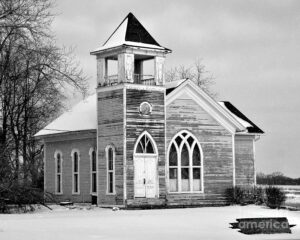 How did we get to the point in America where a generation has grown up believing lies that this country is evil, was founded by evil men, and it must therefore be dismantled – from the Constitution to capitalism? It’s crucial to the survival of our Republic that we remind those who will listen about our true, unedited history – including the founding of our nation on the living God and the biblical worldview.

The question, however, is are we too late?

We are in a worldview war and the left is winning. Do enough of us have the will to fight back?

First, we need to recognize the reality of spiritual warfare. There are battles in heavenly realms over nations because of what they stand for as well as over the people in those nations. The enemy hates America because of the God we were once united under and the believers who still represent Him.

Part of this epic war has manifested as hatred directed at Christians and the church. Why is this?

A person’s foundational assumptions about God and man directly influence their philosophy of law and government. This is why we see the intense, moral battle for America’s soul, and whether or not to uphold the US Constitution as the law of the land. Though not perfect, America made it this far in history because we once sought to glorify the Lord, obey His commands, and had little resistance to advancing the Christian faith.

George Barna released a disturbing study finding that less and less people in America today believe in or support Christianity. The alarming title was: “U.S. Moving Toward Elimination of Biblical Worldview as Cornerstone of Society” Stop for a few seconds and consider the word, “elimination.”

It took time to reach this point. While we were sleeping, the enemy of our souls and enemies of America have been working overtime.

In my new book, Canceling Christianity, I write in chapter 3 about “The Historic Impact of Christianity” because generations have been deceived, and our culture now sees the church as nonessential. Young people see Christians as inconsequential and the church as unnecessary. Why?

The overwhelming evidence for the tremendous, positive influence of Christianity worldwide is undeniable. And yet, some not only minimize Christianity’s impact, but they also claim we would be better off without the church. The truth is that no one has impacted and improved the world like Jesus Christ!

Hundreds of millions of people have been transformed by the Word of God because the United States was built on, strengthened, and blessed by Christianity. Some of these life-changing biblical principles include:

the value and sanctity of every human life, the abolition of slavery, dignity and respect given to women, the stability of the family, advances in science, hospitals and health care; labor practices, economic freedom, educating the poor, feeding the hungry, caring for the sick, reforming laws to protect the weak, art, literature, architecture, education, philosophy, compassion, charity, justice, and equality.

You would have to be uninformed, in denial, or indignant to argue that the Christian church has not been a tremendous instrument for good or that Christians have not turned the world into a better place over the past 2,000 years. The church has its shortcomings, yes, but they are heavily outweighed by its vast benefits to mankind through history.

But anti-Christian and anti-American programming has led to a change in public opinion to where people have a negative impression of God and the church today. For more than fifty years now, studies have concluded that fewer young people see the Christian faith in a positive light.

Why would people not appreciate teachings about faith, loving God and their neighbor, compassion, forgiveness, family, generosity, respect for life, true justice, hard work, sexual purity, thanksgiving, ad hope? Because they replaced God with one in their own image. It is vital we reeducate and inform others about the historical contributions of Christianity and show them the church is essential to a society like ours. 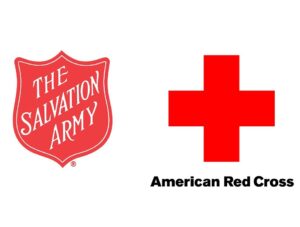 Dozens of Christian relief organizations do so much good for America and the world employing more than 30,000 humanitarian workers, shipping more than 225 metric tons of food, and handling disaster relief for millions of people annually. They serve the needy with food, clothing, medical care and supplies, small loans, drinkable water, and shelter.

You’ve probably heard the following quote most often attributed to historian Alexis de Tocqueville (1805-1859) as he visited the US to find the reason for our strength and national success. He looked at our society for answers, but:

“Not until I went into the churches of America and heard her pulpits aflame with righteousness did I understand the secret of her genius and power. America is great because she is good, and if America ever ceases to be good, she will cease to be great.”

The fruit of biblical teachings have produced revolutionary changes in every way imaginable. Contrary to popular opinion, Christianity has made the world a better place, and so has America. We dropped the ball big-time last year in the face of a virus and closed our life-preserving churches leading to the label of “nonessential.” What a lie.

We must reverse that narrative by being the true church, preaching the Gospel, working to demonstrate God’s love, and showing the church is alive, well, and vital.

Jesus Christ was not a political figure and had no affiliation with kings, governors, or religious leaders of His day. He made no demands, lived in poverty, taught with authority, and His followers were mostly uneducated. And yet, they as well as those influenced by them impacted millions more than Alexander the Great, Muhammad, and Napoleon put together. Jesus changed history and turned the world right side up.

Imagine the worldwide darkness without the light of Christ and His church! If more believers do not join the battle, we won’t have to imagine much longer.

One Nation Under ‘Allah’? Graduates Warned of White Supremacy
When a Man Wins a Women’s Beauty Pageant