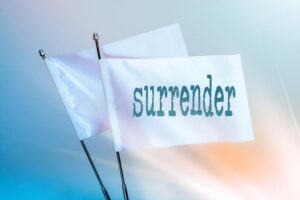 President Joe Biden and many on the left called Donald Trump a dictator for years, and yet, Biden has issued more executive orders in his first week in office than any of the 45 previous presidents. I bet you didn’t hear that from the liberal media activists.

Oh, and Joe Biden claims to want to unite the country, but is going right along with impeachment proceedings of President Trump. The left doesn’t want unity; they want submission.

Just an interesting side note: did you that Islam literally means “to submit” or submission? Actor, author and film producer, Kevin Sorbo recently challenged the hypocrisy of Democrats, and said:

“Don’t preach acceptance and unity when you haven’t been practicing it for the last four years.”

But don’t waste your time trying to hold Democrats accountable or calling them on their glaring hypocrisy. Just one example last week was at the Lincoln Memorial when President Biden and his family were seen not wearing masks. He signs an executive order mandating masks on federal property at all times, but like many progressives that issue rules for others, he doesn’t always follow his own orders.

What was their response when asked? White House press secretary Jen Psaki brushed off any criticism by saying the new administration has “bigger issues to worry about.”

Can I use that same response sometime? These are professional deflectors.

The point is these politicians are extremely hard to confront if not above the law as we’ve seen in recent history. That’s why they can get away with so much, plus the Democrat media covers them like a soft, cozy blanket.

One of the most concerning movements within the Democrat Party is the growing idea that Christians, conservatives, and Republicans who support President Trump need to be reeducated or deprogrammed. They are actually talking like this in interviews.

It’s not only the rabid mouthpieces on CNN and MSNBC, discredited former CBS News anchor, Katie Couric rebuked Republicans who opposed impeaching President Trump, and suggested the 74 million Americans who voted for him need to be “deprogrammed.”

“The question is how are we going to really almost deprogram these people who have signed up for the cult of Trump?”

They implied he was a Nazi – but maybe some of them need to look in the mirror. What if we started calling for re-education camps for those in the cult of Liberalism?

One of the new radical party leaders, AOC had some words of advice for the Biden administration immediately following the inauguration last week, She tweeted:

“Now we must begin creating justice, healing our planet, and improving the material conditions for all people.”

Justice? Always remember when liberal Democrats use that word, it is not justice they want. At least not in the dictionary definition of it. If you are “creating justice,” then you’re talking about something that doesn’t exist yet.

A few weeks ago, AOC gave orders to “Abolish ICE” (U.S. Immigration and Customs Enforcement). Lest we forget after last November’s election, she implied that Trump supporters which she called “sycophants” should be held accountable for supporting him. AOC wants an archive of records to be gathered.

Just like their pleas for unity, their idea of justice is just as empty. They want submission.

The bottom line is the new Democrat administration of Biden/Harris are not at all worried about finding common ground and uniting the country when they have complete control of the branches of government as well as every major institution in America.

It is obvious no one is going to be unifying under Biden. His lie about uniting the country was a hollow campaign slogan that went down the drain as quickly as the first Biden White House executive orders, including the killing of jobs and the Keystone XL pipeline, and taxpayers covering transgender surgeries.

I agree with Turning Point USA president, Charlie Kirk on the importance of staying engaged as Christians understanding the enemy at the same time. While talking with Pastor Jack Hibbs recently, Kirk stated:

Let’s focus on reclaiming the church from culture, preparing for whatever is up ahead and of course, exposing liberal bias and hypocrisy.

Open Churches! Have ‘Peaceful Protest’ Services
If Men Are Women, Then Truth, Science & Sanity are Gone