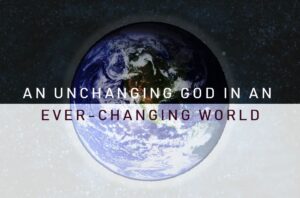 Will we ever know who really won the election? Can the voting system still be trusted? Does the media declare winners or do they only ‘project’ a winner? How much voter fraud took place on election night and why did swing states literally stop counting ballots in the early morning hours the next day?

Why the delayed results and vote-counting issues in five swing states where Trump had the lead on election night? Something doesn’t pass the smell test. I’ve read reports of fraud on a massive scale in multiple states.

But even with cheating and voter fraud, one key question we should ask is how could these elections possibly even be close when you compare the policies and party platforms? Republicans certainly have their issues, but the Democrat platform literally endorses evil. Let’s face it; this country has changed.

If half the people are willing to vote for an aging career politician who is as anti-American, pro-abortion, and anti-Christian as you can get, maybe we should evaluate why. And Kamala Harris is even more radical.

It’s not over yet. But i we can ask how President Trump could lose this election to the Left, but not ask how we lost every major institution in America over the last 50 years, maybe that’s a good place to start.

The nation has changed because Christians have changed and conformed to the world. Do we understand what the Bible teaches about morality? Are we willing to repent of idolatry when it comes to voting? Have we honestly prayed for wisdom, direction and then voted accordingly? Do we still trust in God or is that just a cute national motto?

For those who still want religious freedom and who believe God and His Word, what must we do to awaken the lukewarm church in America, impact culture for Christ again, and get public schools to teach true American history or get our children out of there?

How do we combat all the deception and misinformation out there primarily due to a godless education system, a one-party Democrat media, anti-Christian corporations, powerful liberals in Hollywood, and big tech censoring conservatives?

We didn’t get here overnight. Regardless of who won the election, this nation has been in a tailspin heading toward moral decay and destruction for decades. It would do us good to recall some of our rich history.

In 1787, delegates met to debate and draft the Constitution of the United States. In the midst of spirited discussion, it was one of the least religious statesmen at the convention who appealed to Scripture counseling the delegates to seek the aid of Almighty God. And we need Him now more than ever before.

It was Benjamin Franklin who stated this truth, “God governs in the affairs of men… that an empire cannot rise without His aid.” Though it’s clear from our founding documents the Lord built this great nation, Franklin also said without God’s continued aid,

“We shall be divided by our little partial local interests; our projects will be confounded, and we ourselves shall become a reproach and bye word down to future ages.”

God intervened in the founding of America. Will he do it again now? Are we at the point where we have rejected God and have forgotten our history? This is why those brave men took Franklin’s advice to pray, “imploring the assistance of Heaven and its blessings” on their deliberations.

The same holds true today. Without God’s help, this miraculous nation, its powerful Constitution, and the freedoms we enjoy would never have happened. Man’s ways lead to failure but God’s ways lead to success because His ways are higher than ours.

We are Christians first, Americans second. We have an eternal citizenship in Heaven with God. But since we are also citizens of a country having the power to be a shining city on a hill, it’s time to shine again, to speak up and stop hiding our light.

2020 has been chaotic. People are desperate and some are losing hope. They’ve lost family members and many are suffering from a year of uncertainty, isolation, fear, anxiety, or hopelessness. And on top of this, some of our churches are closed – again!

People’s greatest need is to be forgiven of their sins and reunited with the God who created them. And we have the best and only hope, the truth of forgiveness and salvation; it’s the gospel of Jesus Christ.

Remember, our purpose hasn’t changed. This world however, is constantly changing and so is the country. People change, rulers and presidents change; but God is Lord over all creation and all the nations. He never changes and His Word endures forever.

“May the name of God be blessed forever and ever,
For wisdom and power belong to Him.
21 It is He who changes the times and the seasons;
He removes kings and appoints kings;
He gives wisdom to wise men,
And knowledge to people of understanding.” Daniel 2:20-21

God is worthy of our trust and we owe Him our gratitude. But it’s easy to take blessings for granted.

“No people ought to feel greater obligations to celebrate the goodness of the Great Disposer of Events of the destiny of nations than the people of the United States… And to the same Divine Author of Every Good and Perfect Gift we are indebted for all those privileges and advantages, religious as well as civil, which are so richly enjoyed in this favored land.”

Regardless of who is our president and regardless of the outcome of any election, the Bible instructs us to pray for our leaders because their decisions affect us, and either reflect God’s righteousness or lawlessness.

The Apostle Paul encouraged Christians to pray with thanksgiving for the church as well as those in authority, reminding believers that the Lord wants all people to be saved and to know the truth that can set them free! (1 Tim. 2:1-4, Jn 8:32)

And we the people need to stop taking this great nation for granted because our time is short, the enemy is within, and we must engage in the battle to preserve our freedoms.

If you love the Lord and can say with all your heart, ‘In God I still trust,’ then stay the course, and fight the good fight of faith one day at a time.