By David Fiorazo on May 12, 2020 in Biblical Worldview, Christianity in America, David’s Blog, Media Bias, Politics 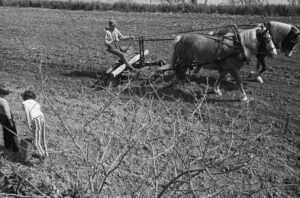 It’s been well established that work and human interaction is vital to our overall health. Quarantines aren’t supposed to be for healthy people.

Back in March, we were told in order to avoid catching the coronavirus and prevent hospitals and medical workers from being overrun, entire states had to follow mitigation strategies recommended by national disease specialists.

Governors got heavily involved. Shelter in place orders were given state by state and social distancing protocol has been practiced. But these were supposed to be temporary orders that people stay in their homes and avoid traveling, with the exception of acquiring necessary items such as groceries and gasoline.

And now, the U.S. unemployment rate is now up to 14.7% – the worst since the Great Depression (the media gleefully keeps reminding us). In addition, experts predicted a spike in suicides and a substantial increase in depression. We’re already hearing many tragic stories. Consumer confidence is way down, but panic and sales of alcohol are way up.

Callers to Help Lines are up 40-50% as more people are experiencing anxiety and loneliness. More than ever, we need each other – and we desperately need to turn to God! But get this: as hopelessness is skyrocketing, tens of thousands of churches are closed. One nation under God?

Is it me or do things seem terribly backwards?

What’s worse, many Governors are basically picking winners and losers by declaring distinctions between “essential workers” and “non-essential workers” and some businesses may have closed their doors for good. Entire industries and food supply chains have been altered, but one of the most concerning things is how easy it was for government to take freedom and power from people across the U.S.

A friend of mine over at Renew America recently wrote an article on the madness. Robert Meyer states:

We were told that the objective of this strategy was to “flatten the yield curve,” that is, the normal progression of an infectious disease is extended out into the near future by slowing its spread, rather than allowing large populations to be infected all at the same time.

… But then something happened that frequently happens in fluid situations: those in charge began moving the goalposts. Governors extended the sheltering orders claiming the need to achieve new objectives that were never explicitly stated before. All of a sudden the reason for these orders became that they were necessary to save lives, so arbitrary or vague standards were set as the new goals necessary to lift the quarantines.

Now we were told new cases must drop by a certain amount for so many consecutive days, and there has to be a certain volume of testing, etc. It raised the obvious objection that as testing is increased, so will the number of new cases, thus making it difficult, if not impossible, to reach the standards in a short period of time.

Goal posts have now been moved even further. As a result, there have been many “Re-Open America” protests at state capitals in various parts of the country where thousands of concerned citizens rallied for their jobs, civil rights, families, and even for the country they love. People were told to stay home, that they were being irresponsible and were going to kill others by spreading the virus.

The collective crickets you now hear from the liberal media tell us that even though these protests were weeks ago, there is no evidence of any outbreaks in these cities. The whole country doesn’t have to act like New York, whose Mayor and Governor should be held accountable for the thousands of deaths in nursing homes alone. One report stated over 52% of all COVID 19 deaths in NY, MA, and NJ were in nursing homes!

And now after months of “sheltering at home” and a public quarantine for non-essential workers, many Christians are getting restless. It’s about time! When did preaching the gospel, making disciples, and equipping the saints become about safety and security?

Let’s get back to church before we lose believers to the United States of Entertainment! Sure, it’s nice to have the technology to be on line and watch sermons, but I wonder how may Christians are actually watching videos at home in the comfort and distractions of family and home life. Are they truly being ministered to and growing in the grace and knowledge of Jesus Christ (2 Peter 3:18)?

How much of the Christian life should we be okay with doing on our own – COVID 19 or not – when it comes to the need for accountability, prayer, fellowship and having communion with the body?

During a time of incredible growth in the early church, followers of Jesus Christ continually devoted themselves to the apostles’ teaching (God’s Word) and to fellowship (community), to the breaking of bread (communion) and to prayer (Acts 2:42). This is THE model for the church and decades prior to the coronavirus crisis, American Christianity had strayed far from these roots.

Let’s return to the basics. We miss our church families and need to gather with like-minded people of faith for encouragement, sound biblical teaching, to be strengthened during trials, and to be reminded of our hope in Christ.

You can easily find alcohol, pornography, or marijuana these days, but can you find a prayer meeting? And what’s wrong with this picture: Abortion businesses have also stayed open – because in our “civilized” society, those in power determined it is essential to have access to murder your unwanted offspring. But the right to freely and peacefully assemble with those we love in the comfort of our churches is denied.

Walmart, Costco, Target, grocery stores, and Home Depot are crowded. Does one of the most important liberties in the U.S. Constitution cover corporations and abortion businesses, but it doesn’t apply to churches and small businesses? I understand we want to obey governing authorities (Romans 13 of course), but civil government does not have unlimited authority!

The good news is I’m finally seeing some headlines about Christians pushing back. Pastors and churches from Oregon and California to Texas, Kentucky, Illinois, and Virginia are petitioning their local emperors, I mean governors, stating their intent to gather and hold services.

At what point can we say we’ve complied, have obeyed local ordinances, and now we are compelled to get back to church? How do we answer the handful of state tyrants saying the lock-downs must be extended through July or even the end of the year? Do the facts justify moving the goal posts again?

Every church is different and not one size fits all. We have to approach this with wisdom.

The Greek word translated “church” is ekklesia, which means a gathering or a “public assembly” of people. We can proceed with cautious optimism and common sense. The elderly and immune compromised should remain at home for a while. We can follow social distancing guidelines and still come together. We’re adults, we’re not children.

Things are going to get more interesting, but hang in there, keep praying, and maintain your perspective. God is not shaken or surprised by any of this. Charles Spurgeon once said:

“God is both a wall and a well to His people; a wall to guard them from their adversaries, and a well to supply all their needs out of His ever-living, over-flowing fullness.”

The Bible says the Lord is our Rock, refuge, and strength (Psalm 46:1-2), that He is with us in times of trouble and will never leave us. Therefore, we will not fear! Great is His faithfulness, His mercies are new every morning (Lamentations 3). No matter where things go from here, He is in control and if we fix our eyes on Jesus, we will not be shaken.

There’s more talk of government surveillance and vaccines, Many have said this is either a test-run for globalism and socialism, a precursor to more fulfilled prophecy or a reminder the signs of the end times are becoming more frequent and intense. I would agree on all counts but remember, our God has not changed and neither has our purpose as Christians!

Will America Ever Be United Again?
Tomorrow is not Guaranteed. Wake Up and Pray Hard