If Jesus was not raised from the dead, then the Bible isn’t true, heaven isn’t real, and this life is as good as it gets. But thank God the evidence proves otherwise. Christianity stands or falls with the resurrection of Jesus Christ, and for over two thousand years, no one has proven it to be false.

Jesus once said the truth will set you free. It’s not that people can’t know the truth, the problem is they don’t like what they find because they don’t want to change how they live. Let’s look at a fraction of the overwhelming evidence supporting the historical resurrection of Jesus as well as the accuracy and reliability of the Bible.

First, even liberal scholars and historians agree on these basic facts:

How do you explain the fact Christianity rapidly expanded in the first century? Within one generation of the death of Christ, this movement spread from Israel to Europe, Africa, and Asia. Where did it start and is there a way to know for sure?

In Luke 1:4, he gives the reason for his gospel;

“…so that you may know the exact truth about the things you have been taught.”

Christianity is the only religion which bases its faith on a verifiable event.

Second, if you’re not a believer yet and are skeptical about the Bible’s claims, consider a few ancient historians. 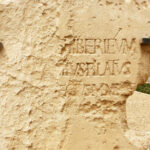 Some used to claim Pilate and Caiaphas never existed. A first-century inscription discovered at Caesarea in 1961 confirms Pontius Pilate was indeed procurator of Judea from 26-36 A.D.

Jesus was on trial before the high priest, Caiaphas before He was taken to Pilate. The tomb of the Caiaphas family was discovered in Jerusalem in 1990 and inside were the very bones of the infamous high priest mentioned in the Gospels! History and archaeology are very inconvenient for mockers and skeptics.

3. Eyewitnesses to the Resurrection

Third, this is one of the most compelling proofs of the resurrection of Jesus. Thousands of people saw Jesus’ miracles, at least hundreds of people were eye-witnesses who saw Him after being raised from the dead, and many were mentioned by name in the Bible. You better make sure you have your facts straight if you name names.

Jesus lived on earth another forty days before ascending to Heaven so it’s safe to suggest there were many more eye-witnesses.

The disciples truly saw the resurrected Christ. Only an event of this magnitude could turn scared, scattered, and skeptical disciples, with no prior concept and expectation of a crucified and risen Messiah, into courageous proclaimers of the gospel willing to suffer and die for their belief that Jesus rose bodily from the grave.

Fourth, this is such an important point regarding the resurrection of Jesus: we have books in the New Testament that were written during the period when eye-witnesses were still alive! At least two books may have been written within fifteen years of the resurrection. The earliest documents include James, Galatians, 1 Corinthians, 1 Thessalonians, Romans, and perhaps Mark or Luke. No wonder the Jews and Romans couldn’t refute the facts.

Fifth, if it was a lie, what were the motives of Jesus’ disciples? Certainly not popularity! Experts suggest when a conspiracy is formed, the basic motivating factors are:

Most of the disciples were killed for their faith. Christianity faced huge obstacles because it was a brand new movement. They had no money, they taught about love, sacrifice, and self-denial, and they were subject to intense hatred and persecution.

Why then, have so many Christian martyrs through the centuries been willing to go to prison or even die for their faith instead of deny Jesus? The only logical reason to believe the gospel is because the resurrection actually occurred.

The Jews and Romans did not refute Jesus’ resurrection and stop Christianity from spreading. Why? Because they could not.

Anyone living around Jerusalem could have examined the empty tomb for themselves, and thousands probably did go to the tomb of Christ to look for His body. The historically indisputable fact is that something happened to the body.

After thousands of years of attacks, opposition, and scrutiny by critics − warfare that no other work has ever seen − the Bible has withstood the onslaught, has gained credibility, and the Christian faith has continued to thrive throughout the world. No other written work has the power to convict people of their sin, the ability to change human nature, and offers a permanent solution to man’s greatest problem.

There are no second chances after you die. You can ignore the evidence and deny the truth – or acknowledge the resurrection of Jesus, believe in Him, confess your sins and be forgiven, and have everlasting life. This could be the most meaningful Easter season you will ever have!

The Bible didn’t give us Christianity, the Resurrection did

Hollywood, Dems Deaf to Heartbeats in the Womb
From the Garden to the Grave Back to Glory: Isaiah 53