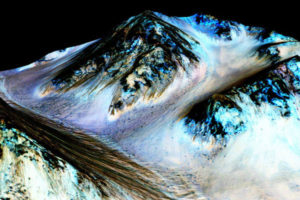 This just in! Once again, researchers are thrilled about the possibility of life on Mars! Maybe. A recent report of water a mile underneath a slab of ice seemed to boost the odds of life on the red planet. One scientist from the University of Arizona stated if they did find life, it would be microbial, somewhere in the Martian crust.

My question is this: why don’t we use this same determined, scientific, optimistic approach to find human life on earth? We’re often told a heartbeat in a human mother’s womb is not a sign of life. Come on.

NASA’s John Grunsfeld commented on the report at a news conference:

“It suggests it would be possible for there to be life today on Mars,”

Researchers said in the journal, Nature Geoscience, that further exploration is warranted to determine whether microscopic life exists there. One of the lead scientists says the only way to know is to keep collecting rocks from Mars and doing soil analysis on the specimens. It is astounding and bewildering to me that scientists, university departments, NASA, and independent researchers have been studying for decades hoping to find evidence indicating any sign of a living organism on Mars.

What about human beings, and why all the confusion about a living, developing fetus in a mother’s womb? We know it’s certainly not just a clump of cells because dead things don’t grow!

Twenty-three chromosomes from the mother and twenty-three from the father are joined together at the time of fertilization. At this early point, the unique, genetic makeup of the individual is determined, and the terms “conception” and “fertilization” are interchangeable.

This last medical finding has led to what is called the “Pain-Capable Unborn Child Protection Act, a U.S. Congress bill to ban abortions after twenty weeks, and especially late-term abortions.

A baby can feel pain, and a baby can feel joy. You may recall from the Gospel of Luke (1:43-44) when Elizabeth, the mother of John the Baptist said “the baby in my womb leaped for joy” when Mary visited her and was pregnant with Jesus. Since a fetus is in fact human, then destroying it is murder. 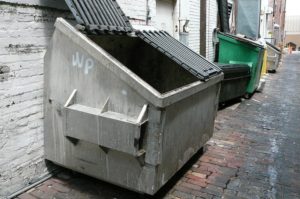 You may have heard the heartbreaking story earlier this year of 23 year-old Shelby Taylor who was recently sentenced to 25 years in prison for throwing her newborn baby girl into a dumpster – umbilical chord still attached. Someone heard the baby crying and called police, and fortunately the baby is alive today.

I appreciate what author and teacher, Peter Heck said about this:

“But it is also impossible to read this story and not acknowledge a mind-bending and confounding reality: had Shelby Taylor entered a Planned Parenthood facility that very day and had her baby girl decapitated and dismembered for a price, our society would justify that as a moral right of empowerment and liberty. But since she waited a couple hours and, with as horrible as her act of callous abandonment was, still gave her child a fighting chance at survival, she is going to prison for 25 years. This is not just morally incongruent, it is the height of absurdity…”

You do know what they do with all the baby body parts after ripping them out of a mother’s womb, don’t you? If they’re not sold for research they end up in dumpsters outside abortion clinics. Or perhaps you’re in denial like so many people whose consciences have been seared by a hot iron.

The Bible treats babies in the womb as real persons. Verse after verse relating to pregnancy always refers to a living human being already in existence. It is crystal clear that God considers the unborn to be human beings who have value and should be protected.

As far as life on Mars goes – no confirmation yet. It’s pretty foggy and we may be waiting for a while.