“In a time of universal deceit, telling the truth becomes a revolutionary act.” − George Orwell

In July of 2013, actress Leah Remini left the church of Scientology after thirty years, upset about the church’s alleged control, corruption, harassment, and abuse. Knowing her outgoing personality, it is not surprising that she didn’t go quietly. Though her disappointment had been building for years, things intensified when Remini began questioning the practice of the church excommunicating people. Cults generally do such things to protect their leaders, as well as cover up lies and questionable practices.

Excommunication occurs when individuals who have been declared “Suppressive Persons” (SPs) by Scientology leadership are kicked out. Members then, if they want to remain in good standing, are forced to disassociate and “disconnect” from the person or risk being disciplined or excommunicated themselves. Due to brainwashing and extreme loyalty to Scientology, families can be and have been permanently split up.

In November 2015, Leah Remini coauthored a number-one New York Times best seller, Troublemaker: Surviving Hollywood and Scientology. The book is described as an “eye-opening, no-holds-barred memoir about life in the Church of Scientology,” and has led to her own A&E docuseries, “Leah Remini: Scientology and the Aftermath,” now in its second season. 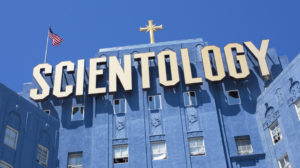 The Church of Scientology building in Los Angeles on Sunset Boulevard on Aug. 28, 2011.

This heartbreaking series further exposing the inside secrets of Scientology is what drew me to the story. Interviews featuring tearful and heartbroken participants who left Scientology reveal how they try to pick up the pieces of their lives, often intimidated into silence and estranged from family members who remained in the organization.

From what I’ve researched about Scientology leader David Miscavige’s abusive, authoritarian behavior, his reported mistreatment of people within the church, as well as his untouchable and unaccountable God-like position, much could be written about him. Apparently, when you question Scientology leadership you are immediately brought in and interrogated.

According to PageSix, a source explained Leah Remini was already put through Scientology’s “thought modification” for five years, but when they tried it again in 2013, she said, “Enough.” After leaving the church, news got out and Remini expressed appreciation for the “overwhelming positive response I have received from the media, my colleagues, and fans.”

Jenna Miscavige, niece of current authoritarian leader, David Miscavige, said in an interview that Leah Remini leaving Scientology was definitely not good PR for the organization, since “PR for the most part is all they care about.” Regarding the manipulation of Scientology leadership, Jenna stated,

“Scientology definitely does use families in order to get people to do what they want them to do, they know people care and love their families. So if they have to use the threat of possibly losing them in order to get them to [toe] the line, they’ll do it.”

Miscavige also said she felt “completely brainwashed” and, sadly, had to permanently part with the friends she grew up with. Starting at age six until she was twelve, the Church of Scientology forced her to do manual labor for several hours a day such as hauling rocks and digging trench holes for irrigation. In an interview with the Daily Mail, Jenna was admitted to the church’s Sea Organization, a branch of the most dedicated followers, and was forced to sign a billion-year contract that bound her immortal spirit (known as the “thetan”) to a life of dedication. Sadly, between the ages of twelve and eighteen, Jenna saw her mother only twice and her father, four times.

Scientology is a religious system of beliefs and practices based on the seeking of self-knowledge and spiritual fulfillment through graded courses of study and training. A variation of religious humanism, the Church of Scientology was founded in 1954 by American science fiction writer L. Ron Hubbard (LRH). He initially developed a program of ideas called Dianetics and wrote a book about it in 1950.

Scientology claims it alone “brings man to total freedom and truth,” which we know is a lie. 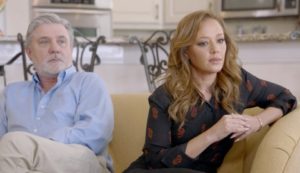 A former high-ranking Scientologist who worked with David Miscavige, Mike Rinder is now helping Leah Remini expose the godless practices and beliefs of the so-called church. In fact, Rinder declares LRH’s writings and lectures (tapes) are considered to be infallible “Scripture.” Hubbard is known as the exclusive “source” of the only truth to lead man to all the answers.

Any false teaching in conflict with the Bible is an attempt to redefine the truth of God and Jesus Himself.

Hubbard once openly stated in a 1952 lecture in Journal of Scientology, “The only way you can control people is to lie to them. You can write that down in your book in great big letters.” One tenet of Scientology holds that matter, energy, space, and time (MEST) were created by “thetans” beyond a quadrillion years ago, including alien life on other planets.

Scientology is not at all comparable to Christianity, as the two have very little if anything in common. Scientology is based on humanism, and its teachings lead away from the authority of God and the truth of Scripture.

O Timothy, guard what has been entrusted to you, avoiding worldly and empty chatter and the opposing arguments of what is falsely called “knowledge”—which some have professed and thus gone astray from the faith. (1 Timothy 6:20-21)

Moreover, there are no scientific reasons to think Scientology will work as advertised, and no studies proving the effectiveness of Dianetics, which has been classified as a pseudoscience. One thing the organization is profoundly good at, however, is generating revenue. Critics – and there are many − claim Scientology is not a typical “religion,” but a system “built chiefly as a cover for exploitive commercial operations” based on financial exploitation, and is “a multi-national racket masquerading as a religion.”

The foundational beliefs of Scientology start with the concept that man is “basically good, and that his spiritual salvation depends upon himself, his fellows, and his attainment of brotherhood with the universe.” Core principles include the belief that man is an immortal spiritual being, his experience extends well beyond a single lifetime, and his capabilities are unlimited…

On the cover of Hubbard’s book, Dianetics, he uses an image of an exploding volcano, referring to the story of “Xenu,” an ancient dictator of a “Galactic Confederacy.” According to Hubbard, seventy-five million years ago, Xenu brought billions of people to the earth and placed them around volcanoes, killing them by blowing them up with hydrogen bombs. Scientology therefore believes that the thetans of these aliens attach themselves to human beings, causing spiritual harm.

Dianetics is the claim that each person’s painful past experiences create a lasting impression, termed an “engram,” on that person’s “reactive” (subconscious) mind. According to Dianetics, these engrams are the root cause of various diseases, conditions, neuroses, and injuries. Engrams are also blamed for psychological disorders from depression to violence.

Biblically, the claims of Dianetics are completely false. There are no prior lives from which to remember pain and trauma (Hebrews 9:27). A person’s primary moral problem is not the memory of pain but his own in-born sin (Romans 3:23; 5:12). Dianetics claims that a person can, through force of will, make himself a better and more moral person. The Bible teaches that true change only happens when a person is reformed by Christ (1 Corinthians 6:10-11). As a mishmash of pseudoscience, Eastern spirituality, and New Age concepts, Dianetics is not only factually false but also incompatible with the worldview of the Bible.

Hubbard stated there were other messiahs prior to Jesus Christ. Writing for Watchman Fellowship, an independent Christian research ministry, Craig Branch stated that Scientology’s own bizarre doctrines can literally be regarded as “doctrines of demons,” and adds:

Claiming to be compatible with Christianity and respectful of Jesus Christ, they write, “Scientologists hold the Bible as a holy work, and have no argument with the Christian belief that Jesus Christ was the Savior of Mankind and the Son of God. . . . There are probably many types of redemption.” All of this is subterfuge; none of it is true. In reality, Scientology is very alien and hostile to Christianity. Hubbard’s many taped lectures, thousands of policy letters and directives, and the so-called secret or hidden teachings contained in upper level courses, provide ample evidence of Scientology’s duplicity and its true beliefs about Christianity.

Scientology teaches that thetans continue to enter into our bodies after we die. One cannot progress unless the engrams mentioned earlier, “aberrations” from past lives, are dealt with.

Mike Rinder said the words of Hubbard are not treated as allegorical or taken as suggestions by church leaders. They are given the weight of “absolute unalterable truth.”

Based on the 2015 book Going Clear: Scientology and the Prison of Belief, which preceded an HBO documentary on Scientology, here are some of the key points:

L. Ron Hubbard’s life was built on a series of lies and bullying.

Hubbard sent letters about Dianetics to the American Psychological Association.

Scientology’s “clergy” formed as a response to investigations.

The church essentially went to war with the IRS over tax exemption.

The church broke up Tom Cruise’s marriage to Nicole Kidman.

Punishing people who dare leave the church is sad enough, but the ruthless tactics sound closer to what the Mafia employs, not a non-profit “religious organization.” The truth is, Scientology has caused people losses of marriage, babies (from forced abortions), possessions, life savings, family relationships, and sanity. But even more tragic is the loss of a future with the Lord in heaven and a relationship with Jesus Christ today.

A serious and obvious question must be asked: with all we know, how in the world do intelligent people ever fall for the lies of Scientology? It is a deceptive and seductive movement filled with sugarcoated teachings, super-human claims, and lofty promises. Another draw is the church’s celebrity members and its massive public relations machine.

Researchers, journalists, and former church members have chronicled the origin and practices of Scientology and view it as an abusive, totalitarian, business cult, wrapping itself in the cloak of religion for reasons of opportunism and expediency.

(This is an excerpt from the book, Redefining Truth, by David Fiorazo. Click here for much more on Scientology as well as American culture, the church, and world religions.)

Church of Scientology: A Religious Mafia

Is Scientology Compatible with Christianity?

Scientology has a twisted view of “ethics,” believing that anything is permissible which advances the goals of Scientology. Those goals include doing whatever needs to be done “to bring the government and hostile philosophies or societies into a state of complete compliance with the goals of Scientology. This is done by a high level ability to control. to overwhelm. Introvert such agencies. Control such agencies” (HCO Policy Letter of August 15, 1960).

Scientology’s objective is to “clear the planet.” This can only be accomplished through recruiting people, often by deception, into taking a multitude of expensive “counseling” courses in order to be rid of “aberrations” from present and past lives (reincarnation) and arrive at a state of “clear.”

One then learns that one must continue to advance through the levels of Hubbard’s bizarre science fiction cosmology of “Operating Thetans,” in order to survive. The whole process can involve billion-year contracts, but $200,000 – $400,000 in this lifetime.

Involvement has proven even more costly for many people. There have been losses of marriages, possessions, life savings, family relationships, and sanity. And, the most tragic from the Christian point of view, Scientology leads to an eternity separated from God.