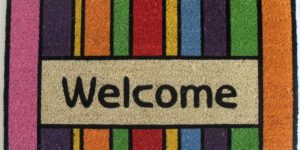 Many people think the transgender movement has been more of a recent development in America, but it goes back to 1952 when the first alleged “sex change” was credited to a man named Christine Jorgensen. Remember, the “T” in LGBTQ has always been there, waiting in the wings as the groundwork was laid by moral relativists and same-sex marriage activists.

By 2015, the stage was set quite nicely for Bruce Jenner to catapult himself into a culture shaping icon by selling the public (with the media’s help) on his transition into Caitlyn. Transgender individuals had been quietly waiting for the right time culturally, politically, and socially, and the election of Barack Obama and his policies encouraged them, giving the green light to deny God’s truth, rebel against their Maker, and come out to force change.

But now the LGBTQ may have run smack into a contradiction of epic proportions. Activists insist people are born homosexual. If that’s the case then, why can’t we declare a person is either born male or female? As Joseph Sciambra, a former homosexual – and there are countless thousands – stated, must we now believe that one’s sexual desires are genetic and set in stone, BUT biological sex is fluid and ever changing?

This kind of thought process is what results from abandoning all truth and moral underpinnings.

Sadly, we now live in a society that largely thinks moral absolutes and truth are ‘so yesterday’ and unnecessary if they were ever relevant at all. But God never changes and He created the world including every human being, either male or female, a fact which happens to be supported by biology, science, and most in the medical community.

Discuss this in public taking the side of truth however, and you will be attacked and accused of being hateful, intolerant, discriminatory or worse. They can’t refute the truth, but they sure can try to win via emotional appeals, swaying public opinion, and it that fails, by shouting down the opposition.

Ravi Zacharias put it this way: “Truth cannot be sacrificed at the altar of pretended tolerance. Real tolerance is deference to all ideas, not indifference to the truth.”

The following is an excerpt from the new book, Redefining Truth.

Progressive pretenders fail to demonstrate the very tolerance they espouse. They declare diversity and insist they are inclusive. They tout tolerance and yet, they often refuse to put up with anyone who thinks differently from them. Rather than have a respectful debate, many of them prefer silencing us so they don’t have to hear the truth.

Leftists claim to be beacons of reason, tolerance, and love, but their actions often prove otherwise.

On May 22, 2017, Vice President Mike Pence was about to give the commencement speech at Notre Dame, but as Pence began speaking, about 150 people, half students and half faculty members, walked out of the speech. Planned in advance, both students and faculty filed out as Pence spoke. How disrespectful. He said,

“Far too many campuses across America have become characterized by speech codes, safe zones, tone policing, administration-sanctioned political correctness – all of which amounts to nothing less than suppression of the freedom of speech.”

Pence apparently intended to first draw a contrast between Notre Dame and other colleges, but this rude act seemed to solidify today’s caustic trends at most Marxist universities. At least they allowed the vice president to finish.

…Christians in America have decisions to make in this divisive environment. How do we respond? Yes, it’s true we may be hated for doing or saying the right thing, but when the world hates you, Jesus referred to that as a badge of honor  (Matt. 5:11). If we try to address a few of the most controversial issues of our day with love, patience, and sanity, this still triggers people…

We’re witnessing the attempted assassination of truth during times in which delusions and emotions rule over sanity and reason. The (biblical) Christian worldview and godless liberalism are polar opposites and cannot coexist. Sound extreme?

Christian business owners in Iowa, Dick and Betty Odgaard , for example, were literally minding their own family business, but they now wish laws were on the books protecting Christians from being sued by fascists. After a two-year court battle in which a gay couple cried discrimination, the Odgaards had to pay an excessive fine and were forced to stop hosting weddings. After months of negative publicity, hate mail, death threats, and loss of income, the Gortz Haus Gallery went out of business.

…Those entities which are educating and shaping young minds, conditioning public opinion, and forcing change on a docile citizenry are now helping roll out the “T” portion of the LGBTQ agenda. Transgenderism takes it much further than same-sex marriage ever could by changing our language and redefining terms that describe human beings. Though it will not change eternal truth, removing God and erasing gender distinctions will eventually change what it means to be human.

It’s all about marketing, perception, influence, and of course, politics. While many of us have been busy with our own lives in the last few decades, the Left has been quietly plotting, lobbying, and changing laws to protect individuals who identify as transgender under claims of “civil rights” or through the implementation of nondiscrimination laws.

Sadly, we rarely hear of the downside or negative effects and consequences of this gender confusion and rebellion being promoted today. Here’s just one sobering fact: 41 percent of the transgender population attempt suicide. Please let this sink in. When man attempts to replace God the Creator and redefine truth, there will always be severe repercussions for individuals and nations − and eventually, judgment.

This movement has not had enough resistance from the American people. Activists have absolutely no hesitation pressuring politicians and using the courts to change business and public restroom laws and practices of the whole country by imposing the LGBT agenda and its will on the entire population.

You might be wondering how so many people in the country could fall for the lies, exaggerations, accusations, and promotion of nihilism (traditional values and beliefs are unfounded and useless; there are no objective moral truths). First, it’s part of the LGBTQ mothership, and second, it’s called deception.

Rather than calling it insane, we’d be more effective in society if we know and communicate the facts, and remain undaunted as we lovingly speak the truth. I feel sorry for those who are struggling, as most people who fall into this thought process and lifestyle do so because, for whatever reason, they are unhappy with who they truly are and do not like the person they see in the mirror. They fail to see they have value in God’s eyes.

This will be the defining issue for the next generation and beyond, until the triumphant return of Jesus Christ, the Alpha and Omega.

Be assured that truth exists, truth is everlasting, and truth can be known. Just because people deny and reject the truth of God does not change what is, what has been, and what will be. It only changes our culture, laws, and other temporary things.

What is more tragic is when the influence of the godless changes churches in America as well.

Conscience, Corruption, and the Abortion Business Cover-Up
Seduced by Scientology: Deceptions of One Man’s Fiction