By David Fiorazo on October 12, 2016 in Christianity in America, David’s Blog 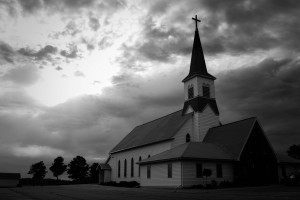 The results are in – and they are not encouraging.

Many American citizens claim to love God and believe we live in a Christian nation, but most of us would admit our actions don’t always match our words, and our culture generally reflects darkness rather than the light of Christ. People have more than one Bible in their comfortable homes, but prefer not to study God’s Word because it would interfere with how they want to live.

Many profess to be saved and yet, these same folks often say there are many ways to Heaven, the meaning of sin has changed, or Jesus is not God.

Tragically, even today’s church appears confused about exactly what the Bible teaches. But Jesus Christ is the same yesterday today and forever, and God is not the author of confusion.

A recent survey suggests Americans generally love and respect the Bible, so this should lead us to ask a few obvious questions:

Just look at these seven key areas of culture: government, arts & entertainment, education, media, business, religion, and the family. The Left has worked nonstop to change America in part by removing its Christian underpinnings and infiltrating these seven areas.

It’s true we love our mottos such as, “In God We Trust;” we just don’t want to trust Him with our money. We also love to defend our public monuments, but we’d rather not obey all the Commandments.

We like the idea of being religious and appearing righteous without having to fully live out the requirements in the Bible. After all, holiness and sanctification are hard work! When convenient, we’d rather do good deeds that help us feel better about ourselves.

Are we, Christians in the church, really that different from Americans who think they are good people, but trample the sacrifice of Jesus and God’s amazing grace by using it as a license to sin?

This brings us to the findings by Lifeway Research in a recent survey of Americans on “The State of Theology.”

Here’s one sad reality: only about half of professing evangelical Christians think abortion and sex outside of traditional marriage is a sin. You may need to read that sentence again.

In his Breakpoint commentary on the subject, Eric Metaxas summed it up this way:

Seventy percent of Americans agree there’s only one true God—one in essence, three in person: Father, Son and Holy Spirit. Yet almost the same number believe God accepts the worship of all other religions, even those that deny the Trinity or worship other deities.

Sixty-one percent correctly say Jesus is both human and divine, but half think that He’s also “the first and greatest being created by God,” rather than existing eternally, as Scripture and the ancient creeds of the faith teach.

More bizarre contradictions emerged: Over sixty percent of Americans say that God, Who cannot err, is the Author of the Bible. Yet fewer than half are willing to affirm that the Bible God wrote is “one hundred percent accurate in all it teaches.” Two-thirds admit everyone sins, yet also insist that most people are good by nature! Perhaps most oddly, half of Americans believe that only those who accept Jesus will be saved, yet sixty percent also say everyone will eventually make it to Heaven.

The opinions about the Bible can be confusing, and truly, that is what Christianity has become to a watching world. Let it be known however, that even though some of these ideas describe a version of American “Christianity” or what I call “the cult of liberalism,” but they do not line up with biblical Christianity.

What people seem to be following is humanism, moral relativism, New Age, Universalism, or a religion of works, none of which can be seriously defended with Scripture. The evangelical and Protestant Church was compromised many decades ago and obviously weakened. One result is there are countless souls sitting in our churches who are not saved or don’t really believe the doctrine of the church they attend.

Welcome to the new post-Christian America.

It’s imperative Bible-believing Christians evangelize as many as possible within our churches because the numbers of the unchurched are growing rapidly. Those who are hostile toward Christianity oppose the God of the Bible and are ‘evangelizing’ our culture as well as our churches. Which side is making more converts?

Regarding historic, fundamental Christian teachings and America’s departure from the faith of its founders, the  survey also shows that unbelievers as well as evangelicals don’t really understand the concept of doctrine itself.

Decades ago, we thought bigger churches were part of the solution but this has only watered down the Word of God even more, creating a whole new generation of immature believers that do not know Scripture let alone how to give an answer (1 Peter 3:15) as to why they believe what they claim to believe!

Due to America’s idolatrous church growth movement, we have lost our focus on making disciples, preaching repentance, and building strong believers while keeping an eternal focus as this article suggests:

Despite the fact that the vast majority of Americans self-identify as Christian, only 3 percent, “have surrendered control of their life to God, submitted to His will for their life, and devoted themselves to loving and serving God and other people.” It is a consequence of failing to keep first things first.

Three percent. Don’t get me wrong, many professing believers have good intentions and do good works in their communities, but what they often lack is Holy Spirit power. They are simply trying to do God’s work with man’s efforts.

Don’t beat yourself up if you’ve failed; draw near to God and He will draw near to you (James 4:8). Jesus is standing outside knocking at the door (Rev. 3:20); open it right now and invite Him [back] in while you still can! Until the Lord returns as promised, it’s not too late to “grow in the grace and knowledge of our Lord and Savior Jesus Christ (2 Peter 3:18).”

Informed Christians are not surprised by surveys and polls, but being disappointed in the direction of the church is understandable. Returning to our first love, Jesus, must be a priority, and repentance leading to possible revival would be a great start. Let’s do what we can to preach the Word and be faithful with what He has given us, being bolder in sharing the gospel and unashamed to stand up for Christ in culture.