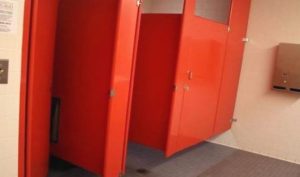 Several alarming news items prove yet again that Christians waited too long to speak up and influence culture with biblical truth because the restraining dam can no longer hold the raging waters of immorality.

It was just announced by the Defense Department our tax dollars will now contribute to military member’s cosmetic surgeries also known as physical mutilation which some consider “gender reassignment surgery.” Interesting use of the word, “reassignment,” no? This regardless of the fact a person’s sex cannot be changed. (For those keeping score, this is confirmed by science, biology, and the Bible)

The Pentagon also announced it would cover the ‘sex change’ operation of Army private Bradley Manning, who since 2013 has gone by the name Chelsea. Manning is currently serving a 35-year sentence in Leavenworth. He had been permitted to receive hormone treatments last February, but had not been cleared for surgery until September 13.

Sadly, it appears that medical professionals who hold a biblical view on human sexuality will be required (forced) to violate their consciences and do what these and others demand.

The Obama administration will compel taxpayers to pay for “transgender transitions,” including drugs that will prevent puberty for children as young as eight, according to a new federal policy. Taxpayers will also cover the costs of psychological counseling and hormonal treatments for transgender soldiers or their families, beginning at age 16.

Next, keeping up with the times, the Oxford English Dictionary recently added some new words and meanings this week and, believe it or not, “gender fluid” is one of them. The very idea promotes fantasy, lies, fiction, and confusion. Apparently, “gender-fluid” is defined as relating to a person having or expressing a fluid or unfixed gender identity.

The article quotes historian, David Barton of Wallbuilders, who correctly stated that those who get to define the terms usually win the war of ideas:

“When you start using different words and change the meaning of words, it changes the way you think and therefore changes your behavior and often leads you in a wrong direction – as with ‘gender fluidity…’”

This departure from mankind’s most foundational of truths is blatant moral relativism and sexual confusion being promoted by the Left and backed by the media, government, much of Hollywood, as well as the music industry and professional sports leagues.

Related news on the national collegiate level includes seven high-profile sports championships that have been yanked from North Carolina because of its law protecting women and children in public restrooms and locker rooms. NCAA officials announced this week it was moving the games due to its commitment to “fairness and inclusion.” The opening rounds of the NCAA basketball tournament are the highest profile sport to be pulled from the state but there are others, too. Also gone are Division I and Division III soccer championships, and tennis, baseball, golf and lacrosse matches.

I was talking with my pastor last night about how these things are happening so quickly and it seems many are being deceived into political correctness which is dangerous for children and society as a whole. All this apart from any semblance of common sense, logic, and reason – let alone moral absolutes.

He rightfully stated this is all about the adults and what they want. Yes, it may harm children; diseases may spread, molestation and pregnancies may increase, but the selfish pursuits and godlessness of man trump the protection of the most vulnerable.

Just yesterday a concerned mother shared a disturbing experience regarding her six year-old daughter and gender confusion promoted in public school. Tragically, this is becoming all too common in public schools across the country:

I’ve been struggling; after the very first day of school, my daughter comes home from her first grade class and says, “There is this girl in my class who is going to be a boy! She is going to take medicine and have a penis put on!” The kids are forced to call the girl by her “boy” name and she uses the teacher’s bathroom. My daughter is so confused by it.

Shocked, I needed to take a breath and told her no matter how much medicine that little girl takes, or if she has surgery, she will still be a girl. God does not make mistakes and we are exactly who we are supposed to be. I’m upset that my child has to be subjected to this. We are moving both our girls to private school next year, and it’s going to be worth every red penny! I never thought this could have happened at a small Wisconsin town. What 6 year old wants to be the opposite sex?

She’s right. Some parents and teachers, having no fixed, moral underpinnings, will go along with what many of us would consider cultural insanity and absurdity. They will encourage their children to be “fluid” and decide what gender they want to become or worse, force them to change to something the parents prefer. In other words, adult preferences trump truth and reality.

Though you cannot always pick the best friends or teachers for your children, you can and should choose the best way and place to educate them. 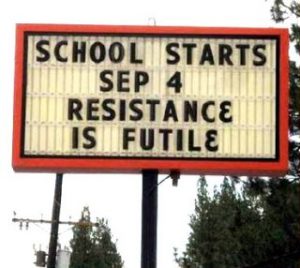 The magnitude of this dilemma for Christian parents cannot be understated. Regardless of what you teach them at home, impressionable young children spend countless hours with their peers, teachers, and media influences – out of your sight and away from the protections of home. The increasing LGBT indoctrination is daunting.

Finally, a new federal survey released by the Center for Disease Control (CDC) on teenager’s sexual habits once again confirms the daily activities and high-risk behaviors of teens who claim to be gay, lesbian, or bisexual.

Including data from 25 states, the Youth Risk Behavior Survey is the most comprehensive yet to examine the actual behaviors of 9th to 12th graders who consider themselves homosexual or bisexual, compared to students who identify as heterosexual. Here are some of the results:

Self-labeled homosexual and bisexual teens were twice as likely as heterosexual teens to have been victims of sexual or physical dating violence, to be regular cigarette smokers, to have tried marijuana before age 13, to ever have used cocaine, hallucinogenic drugs, ecstasy, taken prescription drugs without a doctor’s prescription, or to have felt sad or hopeless.

These are teenagers we’re talking about here. America has changed. Have your children been influenced by this modern sexual revolution and has the church been affected? I think the better question is: are we willing to admit how much influence secularism has had on us?

I agree with Mission America’s Linda Harvey that perhaps students who are calling themselves “bisexual” at this tender age are active experimenters who would not be doing so except for incessant pro-homosexual propaganda in the schools and media. But sadly, as often happens with kids today, they are victims of the trash culture and even surveyed about it, yet no one comes to their rescue.

These harmful behaviors and lifestyles are directly opposed to the teachings of Scripture and a predictable consequence of violating one’s natural design. Moreover, whatever happened to teaching abstinence, purity, self-respect, and self-restraint? I think we know the answer. It is not part of the Left’s agenda and it’s usually requested by a few Christian parents.

These days it’s not just that the line between right and wrong has been made unclear; Christians are being asked by our culture today to erase the lines and move the fences. And if that were not bad enough, we are being asked to join in the celebration cry by those who have thrown off the restraints religion had imposed upon them. It is not just that they ask we accept, but they now demand of us to celebrate it too.

We do not have to conform to the world’s ways. We can and should resist sin and those who call evil good. By sharing the gospel of Jesus Christ who declared Himself to be the Truth, we must then allow the Holy Spirit to work on their hearts. As Christians, we trust God and His Word; everyone else relies on man which brings destruction. The only source of everlasting hope is in the living God who never changes.

The ‘Church’ Infecting Christianity: Where Did the Emergent Church Emerge From?
America is in Trouble Because the Church is in Trouble

One Response to When Adults Harm Children and Don’t Care