By David Fiorazo on December 17, 2015 in Christianity in America, David’s Blog 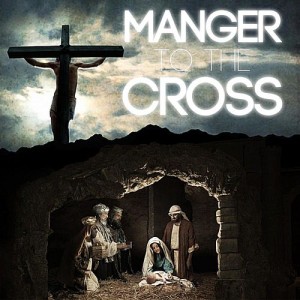 On Christmas, most of us will gather with family or friends, exchange presents, watch kids tear through wrapped boxes in record time, and eat way too much food. Others will be faced with loneliness, health or financial issues, a broken family, and some will consider suicide.

But it’s “the most wonderful time of the year,” right?

The truth is even Christians don’t always feel joy and peace in this world or with other people. In fact, conflict often seems to be the norm. This temporary world is not our home as our citizenship is in Heaven (Phil. 3:20) and we truly are just passing through. But why does lasting peace seem so elusive, even during Christmastime?

Isn’t there supposed to be “peace on earth”? What did the angels mean when they appeared to the shepherds praising God and saying,

“Glory to God in the highest, and on earth peace among men with whom He is pleased.” Luke 2:14

The only true peace we can have – on this earth – is by doing God’s will and pleasing Him. This requires faith (Hebrews 11:6) because only through the shed blood of Christ on the cross can we find forgiveness, reconciliation, and peace with God. This however, doesn’t mean we will have peace with people.

The world is divided over Jesus. A baby in a feeding trough called a “manger” is not confrontational or threatening. But that baby born in Bethlehem of Judea grew up and declared that He is the Truth and no one comes to the Father except through Him (John 14:6).

Lots of folks would have preferred that Jesus remain an infant because at Christmas, the world can look at the baby Jesus on a bale of hay and think, ‘how cute,’ and then go on living however they want with no thought of the future. Millions of people say they’re happy and at peace without God, but Jesus also said “whoever is not for Me is against Me,” and He confronts that which is not based on a personal relationship with Him.

But how do we reconcile the angel’s proclamation of peace with what Jesus said?

Pastor John Mac Arthur writes about the Paradox of Christmas, that on that holy night 2,000 years ago:

The babe of Bethlehem was born a Savior to give to men all that they need. He has been replaced by a huckster named Santa Claus…”

If you find yourself getting too busy, rushing around buying things, overwhelmed with preparations or piling up credit card debt, stop! Cancel your Christmas traditions and worship Jesus. Sadly, Christmas is the only time many people forget to invite the guest of honor to His own birthday celebration!

Christians see the birth of Christ as the most glorious event of the world next to His resurrection through which He defeated death. To others, Christmas is a reminder of what could be, but the lures of this world, pride, and the desire to live what they think is their best life now trumps the truth of the gospel and eternal destinations.

Jesus Christ is the Cornerstone of our faith; Isaiah refers to Him as “a precious cornerstone for a sure foundation (Isaiah 28:16).”

You can only celebrate Christmas with real joy and peace if your trust is in the Good Shepherd because if you don’t believe, then Christ is a “rock of offense” or a stumbling stone. He is precious to us who are saved, but offensive to the world; so much so they avoid any reminders of God, their sin, judgment, and accountability.

The hostility toward Christians escalates almost daily it seems, and this time of year, ongoing efforts to remove nativity scenes from public places continue. Due to people claiming to be offended, many Christmas carols are now prohibited in public schools and other places, and atheists keep placing billboards attacking our faith. Even many department stores and websites avoid using the word “Christmas.” 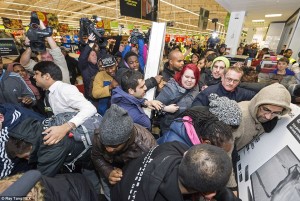 Lots of people who do not believe in God or Jesus still buy and exchange presents, go to parties, and maybe even attend church on Christmas Day. It is what most Americans have always done.

It’s not a war against Christmas, but against the person, truth, and deity of Jesus Christ.

One of the unexpected passages in the Bible that deals with the subject of Christmas is found in Revelation 12, where we have the picture of a woman being pursued by a powerful dragon who seeks her death. As she is preparing to give birth to a child, the dragon hovers over her, wanting to destroy the baby. The woman is a picture of Israel, the child is Jesus Christ, and the dragon is Satan.

In verse five, the male child is described “who is to rule all the nations with a rod of iron.” There may not necessarily be a culture war, but there sure is a spiritual war going on. For those who keep the commandments of God and hold to the testimony of Jesus, the devil (dragon) is at war with us (Revelation 12:17).

The angel Gabriel announced the holy Child shall be called the son of God (Luke 1:35). To Mary, he also said:

And behold, you will conceive in your womb and bear a son, and you shall name Him Jesus. He will be great and will be called the Son of the Most High; and the Lord God will give Him the throne of His father David; and He will reign over the house of Jacob forever, and His kingdom will have no end.” Luke 1:31-33 (NASB)

No wonder Satan was furious! No wonder people are offended. Old Testament prophecies and the picture of the Messiah were and are coming together. This baby would be surrounded by controversy and upheaval.

Even when Mary and Joseph took baby Jesus to the temple to be dedicated, a righteous and devout man named Simeon was there “looking for the consolation of Israel; and the Holy Spirit was upon him.” When he saw Jesus, he praised God saying, “My eyes have seen your salvation… (Luke 2:30).” They were encouraged and warned at the same time.

And His father and mother were amazed at the things which were being said about Him. And Simeon blessed them and said to Mary His mother, “Behold, this Child is appointed for the fall and rise of many in Israel, and for a sign to be opposed— and a sword will pierce even your own soul—to the end that thoughts from many hearts may be revealed.” Luke 2:33-35

In order for us to be adopted into the family of God, Jesus, “born of a woman, born under the law” was sent here on a rescue mission to redeem us at the perfect time (Galatians 4:4-5).

A strange way to save the world? Perhaps; but it was God’s plan all along!

Preaching on the day of Pentecost, the Apostle Peter declared to the people regarding Jesus, “delivered over by the predetermined plan and foreknowledge of God, you nailed to a cross by the hands of godless men and put Him to death. But God raised Him up again (Acts 2:23-24)…”

Let’s pray for those who feel hopeless, depressed, confused, lonely, or lost. Christians should not only understand what’s at stake, but as messengers of reconciliation (2 Corinthians 5:18) we should share the glad tidings of great joy. This never gets old:

For God so loved the world, that He gave His only begotten Son, that whoever believes in Him shall not perish, but have eternal life. (John 3:16)

Someone once said that the hinge of history is on the door of Bethlehem’s stable. Opposition is guaranteed; salvation is not; but in Christ, God has provided the way. Let’s do our part to point people in the right direction and get them on the road leading from the manger through the cross to His throne. God has done the rest. 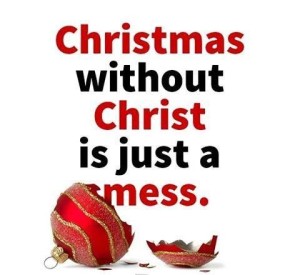 For you yourselves know full well that the day of the Lord will come just like a thief in the night. While they are saying, “Peace and safety!” then destruction will come upon them suddenly like labor pains upon a woman with child, and they will not escape. But you, brethren, are not in darkness, that the day would overtake you like a thief; 2 Thessalonians 5:2-4