By David Fiorazo on November 30, 2015 in Christianity in America, David’s Blog 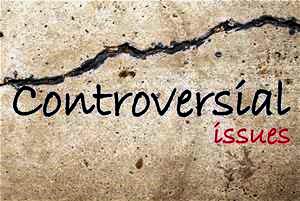 Lines have been drawn in the proverbial sand. Throughout American society, too many have ignored rampant immorality in our culture and chose to look the other way saying, ‘as long as it doesn’t affect me.’

Christians have bought into the lie we should not be vocal about our faith in public or involved in social issues and politics. Take a sobering look at where this faulty thinking has gotten us as a nation.

It was inevitable this tipping point would be reached; we just did not want to believe it.

Years ago, biblical Christianity was the biggest obstacle to the advancement of sin and the marketing of evil in America, but this is no longer the case. Moral relativism and political correctness rule the day; truth is downplayed while ambiguity, humanism, and secularism are exalted – even in some churches.

Today, liberal Christians (an oxymoron, I know) often defend sin while criticizing those who preach the truth and strive to live according to biblical teachings.

He who justifies the wicked and he who condemns the righteous; both of them alike are an abomination to the LORD.

Some have seared consciences, but others are confused about right and wrong. Thanks in part to Hollywood, media, and government schools, even Christians are divided over “social issues.” This compels us to ask a few questions:

• Is there a difference between social issues and financial or political issues?
• What specifically does the Word of God have to say about these things?
• Why do some churches and Christians emphasize one issue such as abortion or poverty over others; doesn’t God care about them all?

Areas of concern may include: education, poverty, same sex marriage, idolatry, abortion and adoption, immigration, racism, pornography, adultery, sex-trafficking, unemployment/welfare, and persecution. The Bible has instruction on every one of these.

Author and pastor, David Platt asks what if Christ’s call to believers is to counter our culture rather than quietly watching evolving trends and shifting our views amid changing cultural tides? He said:

Seemingly overnight, culture has shifted to the point where right and wrong are no longer measured by universal truth but by popular opinion. 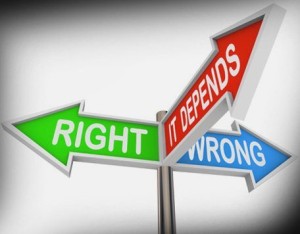 Not knowing God’s Word or how to apply it to these issues, we have often been silent; it’s just easier! But the fact is the gospel calls us to speak the truth in love and actually confront immorality regardless of the form it takes.

Truth always carries with it confrontation. Truth demands confrontation; loving confrontation nevertheless. If our reflex action is always accommodation regardless of the centrality of the truth involved, there is something wrong.  –Francis Schaeffer

To our nation’s demise, as unbelievers and atheists drive the culture, many professing believers have chosen moral and political neutrality over taking action and addressing these problems.

We must conquer complacency! Another enemy is our pursuit of comfort and security. I confess this has been a challenge for me at times and I am ashamed that in the past I have sought refuge in a standard of living or in “things” instead of making the difficult choice to live an obedient, sold-out life for Christ.

Look around you and read the signs of the times. Look beyond the walls of our beautiful sanctuaries, and the comfort of our padded pews to see the chaos, the corruption, and the confusion that reigns throughout our culture…

We seem to have forgotten that God did not call us to be popular or successful, God called us to be faithful; we cannot blame the liberal media, corrupt politicians or the apathetic public for that which has overtaken America… The issue before us as Christians is faithfulness to the Word of God and submission to the Lordship of Christ.

Whether the concern is poverty, God-ordained marriage, immigration or abortion; obeying Scripture’s individual call to compassion and love is one thing. It is a very different thing to partner with a secular government and attempt to do good works. That type of ‘social justice’ is apostasy – a departure from the faith and truth of Christ.

Compassion by force is not biblical.

Jesus never lobbied the government in Rome to do the work He taught the church to do. Charity is advocated in the Bible, but never through government. Jesus reminded us that the poor would always be with us, He also teaches us to give voluntarily, and did not promote wealth redistribution.

Moreover, when government taxes its citizens and allocates money to causes the people disagree with such as funding Planned [Preventing] Parenthood, that’s not compassion; it is corruption and theft. God never advocates theft.

Forced taxation – even for what seems to be a noble cause such as paying for refugees and illegal immigrants to have food, shelter, health care and welfare – is not biblical either. The government’s duty is to first defend and take care of its own people. It is Christians who are instructed to love, care for, and serve our neighbors.

I do not claim to have all the answers as some of these debates are complicated and multi-faceted. If however, the underlying issue truly is submission to Jesus as Lord; Christians are called to obey God rather than man, preach the life changing gospel, keep on speaking about what we have seen and heard, and warn other believers to turn from their sin.

The bottom line is this: financial (the love of money is a root of all kinds of evil), political, and social issues are in fact moral issues. Why? Because they have to do with the heart of mankind.

We must address the spiritual dilemma first and God has provided the only cure. The world may not understand this, but the diagnosis is we are all sick with sin. Without Jesus, the prognosis is death.

Think of His Word as the prescription that has to be understood and applied properly – to our lives, families, churches, and culture – in order to heal us completely and work most effectively. Culture is dark, Christians are  light, and our time is short…

…but thanks be to God, who gives us the victory through our Lord Jesus Christ. 1 Cor. 15:57

The Sin of Silence sermon transcript

Jesus Was Not a Socialist

The Cost of Our Silence

Persecution: How Liberals Are Waging War Against Christianity

Wake up, and strengthen the things that remain, which were about to die; for I have not found your deeds completed in the sight of My God. So remember what you have received and heard; and keep it, and repent. Therefore if you do not wake up, I will come like a thief, and you will not know at what hour I will come to you. (Revelation 3:2-3)

And do not be conformed to this world, but be transformed by the renewing of your mind, so that you may prove what the will of God is, that which is good and acceptable and perfect. (Romans 12:2)

But if the watchman sees the sword [judgment] coming and does not blow the trumpet and the people are not warned, and a sword comes and takes a person from them, he is taken away in his iniquity; but his blood I will require from the watchman’s hand.’ (Ezekiel 33:6)

My brethren, if any among you strays from the truth and one turns him back, let him know that he who turns a sinner from the error of his way will save his soul from death and will cover a multitude of sins. (James 5:19-20)