By David Fiorazo on September 12, 2015 in David’s Blog, Religious Freedom 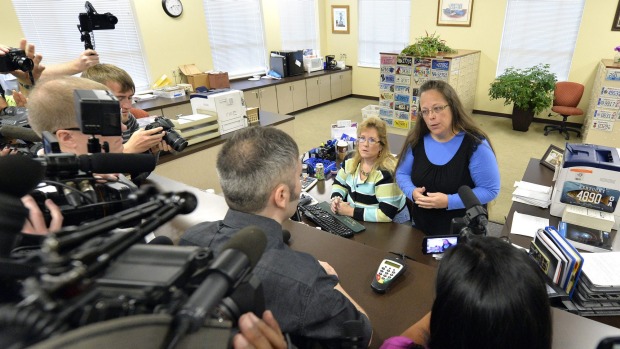 Some say Kim Davis should have resigned rather than go to jail; others say she should have obeyed the laws of the land and issued marriage licenses to whoever wanted them. Some ask why she is the only government employee refusing to go along with the Supreme Court’s ruling while others insist she must obey the authorities even though it would go against her faith.

There are so many angles and subplots to this multi-faceted issue; some we hear over and over while others do not get much air time. One thing is certain: America has changed and we have taken our freedoms for granted for way too long.

If you haven’t heard, Kim Davis, a county clerk from Kentucky was released September 8 after having been sent to jail for six days because she refused to issue marriage licenses to homosexuals citing religious objections and matters of conscience. Davis stated:

To issue a marriage license which conflicts with God’s definition of marriage, with my name affixed to the certificate, would violate my conscience.

One point of interest is the fact Davis, a relatively new Christian, was elected to her position as Rowan County Clerk and was sworn in before the Supreme Court ruled in favor of same-sex “marriage,” and also at a time when 75% of Kentucky citizens supported natural marriage between one man and one woman.

Yes, the opinion of five liberal Justices disregarded and ignored the will of over 51 million Americans in over 30 states who had taken the time to vote in their state elections to protect God-ordained marriage. However, the law of the land has now changed dramatically.

Though our Founding Fathers set up a system in which all three government branches were accountable to the people, the nation they envisioned and established is past history. Early American patriots who died fighting for freedom would be astonished today that the citizens the Constitution was written to protect have done little to speak up in protest of the corruption, growth, and immorality of our government.

Kim Davis has been personally attacked and insulted by some on the Left and in the media including liberal talk shows such as The View. She has been labeled a hypocrite because of her four past marriages, but her divorces actually took place prior to Davis becoming a Christian four years ago.

You and I can now expect opposition, discrimination, and perhaps persecution should any of us take a stand for Jesus Christ and God’s Word.

It is imperative we acknowledge first this battle is not against flesh and blood (Ephesians 6:12). This is part of a massive spiritual war. This is also not a battle over marriage alone; it is about defending the advancement of an evil, anti-Christian agenda whose proponents are systematically working to remove any remaining moral anchors in American society. 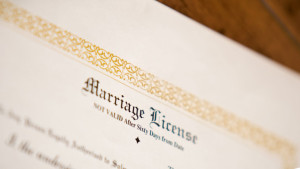 Then there is the issue of the Constitution and those sworn to uphold it. Why have several elites including President Obama, Eric Holder, Hillary Clinton, and Lois Lerner (to name only a few) avoided scrutiny and accountability when it comes to obeying federal laws?

What about the sanctuary cities in the country? Elected state leaders such as the Mayor of San Francisco, openly refuse to enforce federal laws on immigration and few other than Bill O’Reilly, Mark Levin, and Ted Cruz point out the lawlessness. Or what about the seven attorneys general including those in Oregon, California, Illinois, and Nevada who refused to obey their own state gay-marriage bans earlier this year?

No media. No backlash. No jail. Double standard? No kidding.

Thomas Jefferson and many others warned against tyranny in America if a decision is rendered that is not born out of the will of the people through the political process and their elected representatives. To naively say something is the law of the land because the Court decided, is to surrender to judicial tyranny. What if a court ruled it is illegal for blacks to marry Hispanics?

But here’s another question: why haven’t there been millions more like Kim Davis speaking up across the country? When asked by activists, “under whose authority” was she withholding marriage licenses, she said “Under God’s authority.” Being unsure of her theology or her Apostolic church’s apparent denial of the trinity, I am not endorsing her church or her doctrinal beliefs.

Moreover, I am not putting this woman on a pedestal or mentioning her in the same sentence as Martin Luther King as a few folks have done. She is not a hero. A patriot, perhaps, but most importantly, Davis is a Christian who had the courage to speak up; forgiven of her sins just as any of us who have accepted the grace of God through faith in Jesus.

We can and should look to her example as one who chose Christ over culture, knowing elites in America no longer tolerate those who strive to live our faith in public. Davis stated:

Following the death of my godly mother-in-law over four years ago, I went to church to fulfill her dying wish,” Davis said. “There I heard a message of grace and forgiveness and surrendered my life to Jesus Christ. I am not perfect. No one is. But I am forgiven and I love my Lord and must be obedient to Him and to the Word of God.

Some may argue Scripture teaches submission to all governing authorities “established by God” (Romans 13:1) because the Apostle Paul wrote about God and human government in a society; but we also must look to the example the Disciples set for us who, after being threatened, boldly proclaimed, “We must obey God rather than men (Acts 5:29).” Who’s right?

Caesar Nero, a horrible dictator, was in charge of Rome at the time Paul wrote:

Therefore you must be subject, not only because of wrath but also for conscience’ sake. For because of this you also pay taxes, for they are God’s ministers attending continually to this very thing (Rom. 13:5-6).

Though he admitted having a hard time with some of these verses, author and Pastor Skip Heitzig added:

Now, is there ever a time to violate a government’s rule? Yes—whenever a government commands us to do what God forbids, or forbids us to do what God commands. We ultimately obey a higher law, and that is God’s law. But even so, we as Christians have a responsibility—and here’s the hardest part of the message—to respect, submit to, and pray for human government and authority. We are to be, out of all people, model citizens.

One takeaway from the Kim Davis saga should be a wake-up call to all “practicing” people of faith: an American citizen was imprisoned because she was exercising her Christian faith and freedom of conscience. She was sent to jail! Until the past decade, our nation has always protected religious freedom for Christians and non-Christians alike.

When our founders wrote the First Amendment to the Constitution, one of the drafts included an emphasis on preventing government from respecting or establishing one denomination over another. This fact reveals they presupposed the people and nation to be Christian; not atheist, Buddhist, Humanist, Muslim, or any other religion. Today however, we live with the watered-down interpretation of America’s founding documents which now covers practically any religious belief or practice including non-religions.

• Who are we trying to please, God or man?
• Do we believe the whole Bible and take Jesus Christ at His word?
• Are we prepared to live in these last days and share the gospel knowing expressions of our faith in public will be increasingly threatened?
• Are we willing to sacrifice comfort, reputation, and security in this world for our King as well as for eternal rewards?

Let’s not be overcome by evil, but overcome evil with good (Romans 12:21). Because of past decades in which a majority of Christians have been silent, we’re now seeing obvious consequences including persecution by the same folks who claim they simply want to coexist with us. Regardless, our mission to be witnesses for Jesus Christ has not changed.

We’ve arrived at an historic moment in this nation’s history many of us knew was coming, but hesitated to admit. Be reminded the victory is ours in Christ and our labor in the Lord is never in vain (1 Cor. 15:57-58). Live well and love, always keeping an eternal perspective because as important as this journey is, the final destination is what truly matters.

Check out my new book at Aneko Press: The Cost of Our Silence

2 Responses to Exalting Kim Davis, Religious Freedom, and the Hypocrisy of the Left